WASHINGTON (DTN) -- At a Senate Agriculture Committee hearing on the meat industry Wednesday, a representative of the U.S. Cattlemen's Association said that price discovery for cattle needs to be improved, while other meat interests said the most important goal for Congress should be approval of the U.S.-Mexico-Canada Agreement on trade.

Shane Eaton, a rancher and feedlot operator from Montana who serves on the U.S. Cattlemen's Association Marketing and Competition Committee, said extreme volatility and prices have marked daily cattle and live cattle futures following an August fire at the Finney County Beef Plant in Holcomb, Kansas, owned by Tyson Foods. The situation should show that Congress "needs to address the current inadequacies in the marketplace," he said.

Eaton noted in his testimony that "USCA submitted four recommendations to the CME Group that would improve the way the Live and Feeder Cattle Futures Contracts operate."

Eaton also said that members of the U.S. Cattlemen's Association are divided over whether to support the U.S.-Mexico-Canada Agreement on trade. On Monday, USCA President Kenny Graner wrote President Donald Trump a letter urging him to include country-of-origin labeling for beef in the agreement even though it is not included in the agreement to which U.S., Canadian and Mexican negotiators have agreed.

Graner wrote, "The rural America that overwhelmingly supported you in the 2016 election due to your 'America first' agenda now has one simple ask, Mr. President. On behalf of our nationwide membership, we respectfully request the inclusion of a country-of-origin labeling program for U.S. beef products within the context of USMCA."

"NCBA strongly supports passage of the USMCA because it allows U.S. beef producers to continue being the dominant source of beef in North America by having duty-free, unrestricted access to a strong consumer base in Canada and Mexico," Houston said. "Additionally, it ensures continued protection from failed policies like Mandatory Country-of-Origin Labeling (MCOOL)."

There was some emphasis in the hearing on what had happened to cattle prices right after the fire at the Holcomb plant. Last week, Kansas State University released a report showing that Kansas feedyards in August lost $184.99 per head while "packer margins spiked significantly to nearly four times their annual average, or approximately $549." KSU predicted in that same report that cattle feeders will not see a positive net return on steers or heifers until May 2020.

"If those prices do not come up, I think we can begin to explore some of the other factors that may be at play in this arena," Fischer said.

Fischer said to Houston, "Packers are doing alright. They are doing OK." Fischer then pointed to the lower prices for feeder cattle.

"Certainly, we are hearing from our members," Houston said. "At this point, probably the feeders are being hurt the most."

Houston added that a lot of packing capacity was taken up by higher Saturday processing. Houston also noted there were times when other parts of the cattle business were making money, but not the packers.

"So we hope things will stabilize pretty soon," Houston said. "Certainly, the optics to our members are bad."

Eaton noted that when the fire happened, cattle futures fell for two and a half days. Eaton said there "is severe frustration" that packers have captured wide margins of profits. Packers have maintained margins and kept it, he said.

"Our members are very worried about the way things turned out," Eaton said.

Sen. Dick Durbin, D-Ill., also highlighted the poultry plant raids in Mississippi last month in which 680 people were arrested for allegedly being undocumented. Durbin noted a lot of immigrant workers at packing plants, "Many of them are undocumented."

"Immigrant labor, migrant labor, is critical for agriculture in America," Durbin said. He added, "We've got to have a more honest conversation about this, and I'm asking all of you to step up your game a little bit."

Durbin said immigration policy cannot simply focus on bringing engineers or others with doctorate degrees into the country.

"We need folks to do hard, tough work and immigrants historically have done it," Durbin said.

Other witnesses testifying at the hearing said that approval of USMCA is a top priority.

Senate Agriculture Committee ranking member Debbie Stabenow, D-Mich., said in an opening statement that she understands "the urgency among many agricultural stakeholders to pass the U.S.-Mexico-Canada Agreement because they believe it will restore stability to those markets."

But Stabenow added, "Two things are important to remember as we work on getting the best agreement possible, with strong, meaningful enforcement provisions. First, NAFTA [the North American Free Trade Agreement] is in place now, and producers need to know that the administration will keep NAFTA in place until there is a new agreement -- holding the devastating threat of withdrawal over the heads of farmers and other businesses is irresponsible and it only adds to the instability.

"Second, even with the USMCA in place, President Trump can still use tariffs as his enforcement tool of choice, meaning that instability, unfortunately, will still exist."

Stabenow also said that the Trump administration's "chaotic and unpredictable trade agenda has overshadowed the progress we've made. Farmers are seeing very real impacts on their bottom lines. I am concerned that American farmers will endure long-term loss in market share in some of our biggest markets." 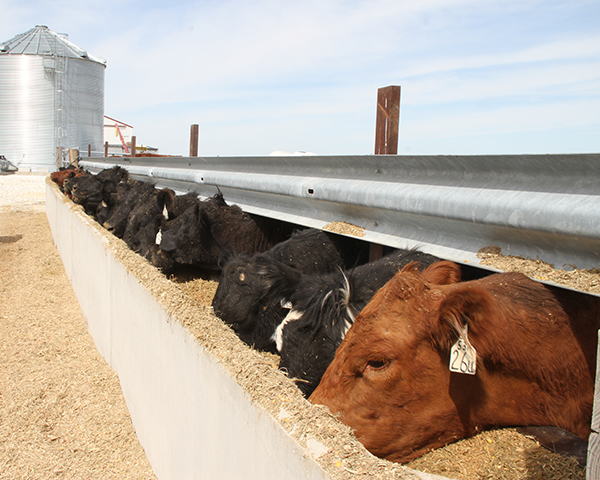