WASHINGTON (DTN) -- Zippy Duvall, president of the American Farm Bureau, asked President Donald Trump in a letter Tuesday to ask his trade negotiators to "make a deal as soon as possible" with China to end tariffs that have created "near-unprecedented economic uncertainty and hardship" for farmers.

The tariff fight with China is destroying a once-promising export market for U.S. farmers and contributing to the risk at least some farmers won't plant a crop this spring, Duvall's letter to the president stated.

"However, time is running out for many in agriculture," Duvall wrote. "I am hearing anecdotal reports of farmers, particularly those who are dealing with planting delays due to weather, deciding not to plant a crop this year because there's just no market for it."

The prevented-planted debate has been growing in recent weeks because of the wet spring and flooding in some areas of the Corn Belt.

Farm Bureau highlights in the letter that agricultural exports to China fell $10 billion in 2018, about a 50% decline. "This is a dramatic reversal for what had been a growing market," Duvall wrote.

Duvall then added that the American Farm Bureau Federation supports the president's efforts to improve trading opportunities in China and called for a successful conclusion soon.

The letter then notes the tariff battles with China "are slashing our exports, destroying a once-promising market for agriculture, worsening the farm economy, and contributing to high levels of stress and uncertainty for many farm and ranch families and other Americans whose jobs are connected to agricultural production."

Duvall also called for progress on trade agreements with Mexico, Canada, Japan and the European Union. "Our agricultural trade surplus previously has been a tremendous success story for the U.S.," Duvall wrote.

The Trump administration's plans to develop a second trade aid package for farmers hurt by reduced exports to China resulted in rounds of lobbying and scrutiny of the idea on Tuesday.

Corn and wheat lobbyists are trying to get a better deal for their growers in this package than they got in the first package.

The National Corn Growers Association sent out an "action alert" to their members Tuesday to call the White House and "tell the president that a penny didn't cut it then and won't cut it now."

NCGA's action alert highlighted not just the trade dispute, but EPA's battle over the RFS waivers, as well as "devastating weather conditions, farm incomes on a downward trend, and crumbling infrastructure have all created a perfect storm for agriculture."

A penny per bushel, which is what corn growers got from the last round of trade aid, "won't provide market certainty," NCGA stated.

Soybean growers fared the best in the first round of trade aid because they had been the biggest exporters to China and lost the most when China stopped importing U.S. farm products after the Trump administration imposed tariffs on Chinese goods and China retaliated by putting tariffs on U.S. commodities.

Agriculture Department officials said the formula they developed that provided most of the aid to soybean producers was necessary because they had to follow World Trade Organization rules.

While soybean producers got a Market Facilitation Program (MFP) payment of $1.65 per bushel, corn growers got 1 cent per bushel and wheat growers got 14 cents per bushel.

Joseph Glauber, a former USDA chief economist now with the International Food Policy Research Institute, told DTN that "the best way to get money out to farmers is through the same sort of program [USDA] ran last year (MFP). The problem is that the formula they used compensated only those commodities for which there had been significant trade in 2017. So soybeans gets compensated, corn for all intents and purposes does not. Would they rethink the formula this time around?

"I think it is hard to acquire commodities to store -- they would have to use the CCC [Commodity Credit Corporation] Charter Act, and it would be costly," he said.

Glauber noted that, while Trump tweeted about distributing U.S. commodities as international humanitarian aid, "we don't typically package soybeans in food aid (occasionally they do fortify grains with meal), but food aid is typically in the form of food grains (wheat, rice, flour)."

Glauber said various forms of aid could result in problems for the United States at the WTO.

"If they try dumping a lot of corn, wheat, and soybeans via concessional sales or humanitarian aid, you risk a WTO challenge as an export subsidy," Glauber said, noting the agricultural ministers from WTO member countries had agreed at a 2015 meeting in Nairobi that export subsidies are prohibited.

"A second round of MFP payments will also raise a lot of eyebrows in Geneva and could prompt a WTO challenge similar to the cotton dispute," he said, a reference to the case that Brazil won against the U.S. cotton program years ago.

Glauber said one year of MFP payments is not likely to be challenged, but "if you start running ad hoc programs every year (like the disaster bills in the late 1990s), it eventually could cause someone to file a dispute (like Brazil did for cotton)."

A market analyst said that the prospect of another round of trade aid might prompt more farmers to plant soybeans, even though they are in surplus, in hopes that trade aid payments would be higher than for other commodities. 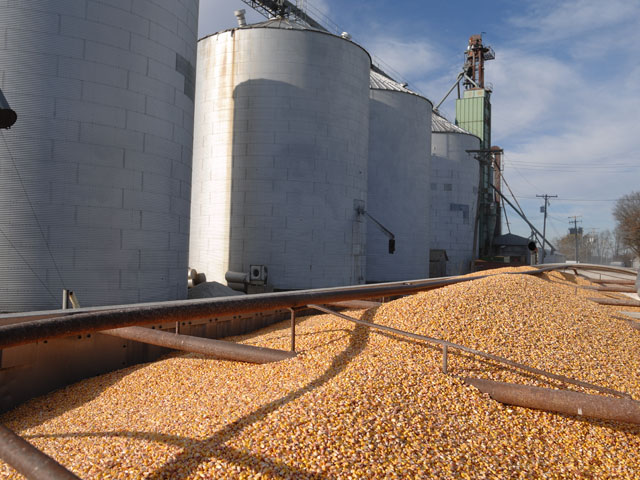