OMAHA (DTN) -- Backing out of the Trans Pacific Partnership (TPP), renegotiation of the North American Free Trade Agreement (NAFTA), an ongoing trade battle with China and resulting retaliatory tariffs against the United States are all trade policies that are costing U.S. farmers dearly, according to an updated Purdue University analysis released on Monday.

An initial analysis was completed by Purdue economists Maksym Chepeliev, Wallace E. Tyner and Dominique van der Mensbrugghe in October 2018. The updated study said a U.S. re-entry into TPP would turn a current agriculture trade loss into a gain. In addition, the study says that backing out of NAFTA and failure to implement the USMCA, would lead to an additional $12 billion in annual losses in agriculture export revenues.

After the U.S. pulled out of the TPP, the remaining 11 countries including Australia, Brunei, Canada, Chile, Japan, Malaysia, Mexico, New Zealand, Peru, Singapore and Vietnam, negotiated the Comprehensive and Progressive Agreement for Trans-Pacific Partnership.

Speaking at a Farm Foundation event on Monday in Washington, D.C., Don Buckingham, an attorney with the Canadian Agrifood Policy Institute, said work done between the U.S. and Canada on trade agreements laid the groundwork for a possible re-entry of the U.S. into the TPP.

"Obviously it's nice to be in the club," Buckingham said.

"How do we determine a fair entry point? There is a market dynamic to take into consideration. A lot of provisions in the USMCA were first negotiated in TPP. In agriculture there is always sensitive sectors. It is always difficult. That may be where negotiation bogs down."

The Purdue analysis said there still would be a significant benefit to the U.S. if it joined that partnership. If the U.S. continues its current trade stance, however, U.S. agriculture exports would continue to fall in the next four to five years.

"If the United States were to rejoin the TPP, the agreement would significantly benefit U.S. farmers -- the loss of $1.4 billion would turn into a gain of $2.9 billion in additional agricultural exports," the report said.

"If the current U.S. trade policy were to continue towards protectionism (i.e., with the U.S. withdrawal from TPP, with the global retaliatory tariffs and if the United States were to entirely withdraw from NAFTA), U.S. agricultural exports would drop by $21.8 billion. These negative trade impacts would be reflected in lower incomes for U.S. farmers, reduced agricultural land returns and farm labor displacement."

The study said that, on average, the loss of those exports would lead to a reduction in income for workers in the agricultural and food sectors of about $4,000 per person.

"This scenario would also result in an aggregate welfare loss of $42.5 billion to the U.S. economy, or over $500 per U.S. household," the analysis found.

"What does all this mean? It suggests that U.S. agriculture is entering a volatile period in international trade. The data suggests the sector currently risks losing much of the trade gains achieved over the past three decades. The analysis predicts that if the USMCA is approved, if the trade war ends and if the United States rejoins TPP, U.S. agriculture could see not only the gains of the past decades reinforced, but could also realize the potential for additional trade gains."

Purdue economists said if the U.S. joins the TPP agreement with the other 11 countries, U.S. food and agriculture exports would increase by around $2.9 billion annually.

Though Congress is expected to vote on USMCA sometime in April, Democrats in the U.S. House of Representatives have indicated they may make changes to the agreement before approving.

"In summary, for the U.S. food and agriculture sector, the current shape of trade policies, including steel and aluminum tariffs and the corresponding retaliatory tariffs, is leading towards an export loss of $9.8 billion, with slight gains from the USMCA notwithstanding," the analysis concludes.

No matter the outcome, the economists said agriculture already may have suffered lasting trade damage.

"Even if the trade liberalization situation transpires, there may be a lasting impact to U.S. agriculture export markets, as newcomers solidify their newly acquired market access," the report said.

Retaliatory tariffs implemented by Canada and Mexico after the U.S. imposed 25% and 10% tariffs on steel and aluminum imports erased any U.S. gains expected from the USMCA, according to the analysis.

"The retaliatory tariffs implemented by Canada and Mexico on U.S. agricultural exports will reverse the modest export gains from USMCA -- a decline of $1.8 billion (annually) rather than a gain of $454 million," the economists said.

"In a broader trade context, with all measures and counter-measures (including tariff retaliation by China and the European Union), U.S. agricultural exports will decline by around $8.4 billion."

In moving away from a policy of multi-lateral free trade toward protectionist policies, the Trump administration's actions on trade are "likely to have significant implications for U.S. farmers as these actions target three of the largest markets for U.S. agricultural exports -- Canada, China and Mexico -- accounting for some 44%, and representing an average of $63 billion of U.S. agricultural exports 2013 to 2015," the economists said.

The Purdue study examined the effects of trade policy on particular segments of agriculture. In particular, the study said it would lead to a loss in agriculture land values and significant losses in exports from terminating (instead of replacing) NAFTA.

"With falling output and decreasing demand for land, land prices decline by 1.6% in the 'raw milk' sector and by around 1% in the 'other agriculture,'" the analysis said.

"The quantitative assessment shows that the termination of NAFTA would result in an aggregate U.S. agricultural and food exports drop of over $12 billion (annually)." 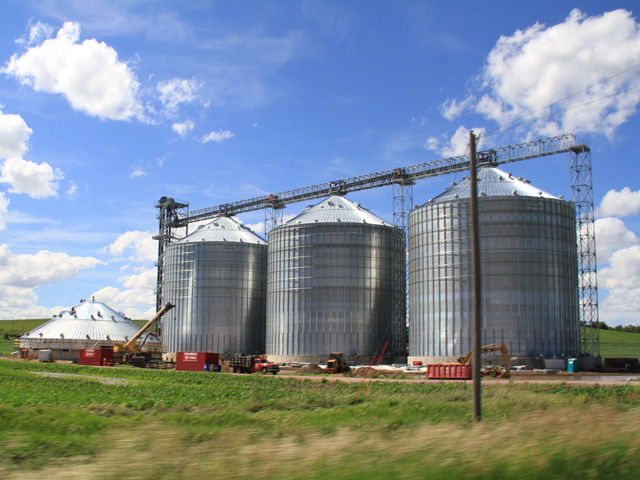