"We want some robust purchase commitments from China," Censky said at the International Sweetener Colloquium, a gathering of sweetener users here.

Censky said that means China should fulfill its commitments under the tariff rate quota system to buy other commodities and also U.S. meat and pet food.

The United States also expects China to improve its biotechnology approval system. "In the past, it has taken a presidential summit to get biotech approvals," he said.

The engagement with China is a "tough, but promising negotiation," Censky said.

But he also said that achieving a good agreement on agriculture is not enough to win the administration's backing. He said China has to agree to make changes to its system of technology transfer and not force U.S. companies to transfer their technology or take on a Chinese partner who, in effect, steals U.S. knowledge.

Censky also told the candy company executives and others in the sweetener industry there is "a lot of work ahead to get the USMCA [the U.S.-Mexico-Canada Agreement] passed. We need your help."

He noted that USDA is advocating within the administration for the removal of the tariffs on Mexican and Canadian steel. Agriculture leaders have said the tariffs have led to retaliatory tariffs that have diminished their exports and that the provisions in the USMCA will be meaningless if the tariffs are not removed.

Censky also noted that Larry Kudlow, the director of the White House National Economic Council, has said he expects the tariffs to be removed.

Censky also said he thinks the expected negotiations with Japan will be "great news for agriculture." He noted that U.S. agreements with Japan have "always" been "the crown jewel of U.S. trade negotiations," and that most of the gains under the Trans Pacific Partnership proposal from which President Donald Trump withdrew would have been in increased access to the Japanese market.

In the upcoming negotiations with Japan, Censky said, the Trump administration wants "at least" what the United States would have gotten if it stayed in TPP.

Negotiations with the European Union are slower because the United States has pushed for agriculture to be included in the agreement, which the EU has resisted, he said. But Censky said he believes agriculture must be included for Congress to approve an EU agreement

The Trump administration would also like to achieve a new agricultural trade relationship with the United Kingdom if and when it leaves the European Union, but that relationship depends on the arrangements under which the U.K. leaves the EU, he said.

President Donald Trump on Sunday said he would extend a deadline to escalate tariffs on Chinese imports, citing progress in trade negotiations.

The president tweeted, "I am pleased to report that the U.S. has made substantial progress in our trade talks with China on important structural issues including intellectual property protection, technology transfer, agriculture, services, currency, and many other issues. As a result of these very ... productive talks, I will be delaying the U.S. increase in tariffs now scheduled for March 1. Assuming both sides make additional progress, we will be planning a Summit for President Xi and myself, at Mar-a-Lago, to conclude an agreement. A very good weekend for U.S. & China!"

In comments to the nation's governors, Trump said the new U.S.-Mexico-Canada Agreement would benefit farmers.

According to a White House transcript, Trump said he wanted to "thank every governor here today who is supporting our new U.S.-Mexico-Canada Agreement -- the USMCA. I've long said that NAFTA is the worst trade deal that any country has ever signed. It emptied us out. We had a surplus with Mexico and Canada, and we went to $130 billion trade deficit with the combination of Mexico and Canada. And this deal will bring it back."

"We're opening it up to farmers. We're opening Canada, as an example -- and Mexico -- to farmers. They were closed. It was a closed shop. They had all sorts of non-monetary trade barriers. And they had monetary trade barriers. They were charging, for certain agricultural products, an almost 300 percent tariff. Nobody ever talked about it. Nobody ever knew about it. And I'd go up to Wisconsin and the farmers would say, 'Sir, we can't compete. They're charging us 287 percent, to be exact.' I said, 'You got to be kidding.'

And we did something about it."

"So the USMCA is very important. It will help our dairy farmers in Wisconsin; our wine makers in Oregon and Washington and California; our autoworkers in Michigan and Ohio and Pennsylvania and all over; and dozens of other states, and ranchers and farmers and growers and manufacturers from coast to coast. It's a very, very comprehensive deal. It's a deal that nobody thought we'd be able to get approved.

"I was able to get it approved, to be honest with you, by using tariffs. I was putting very substantial tariffs -- or was getting ready to -- on Canada, who was very tough to negotiate. You know, we think of 'Oh, Canada.' Well, 'Oh, Canada' is tough. They're tough.

"And I said, 'Look, you know, you're either going to do this or we're going to put 20, 25 percent tariffs on your cars that you ship in here by the millions." 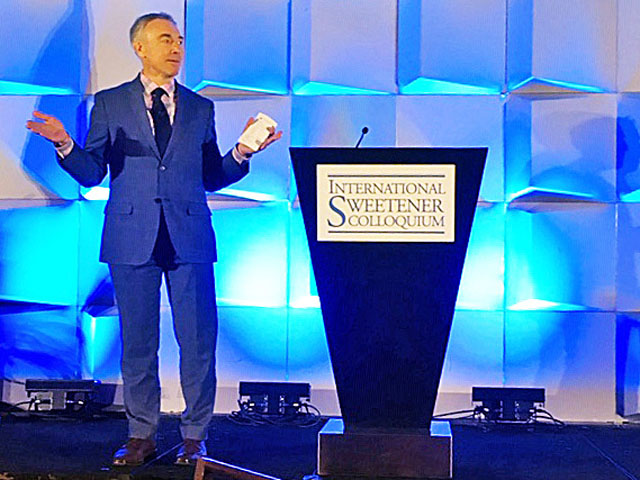