SAN DIEGO (DTN) -- Martin Barbre, the administrator of the Agriculture Department's Risk Management Agency, told the crop insurance industry on Monday that agents can discuss crop insurance for hemp with farmers who are growing it, but must tell them there is no coverage at the present time.

"If someone is growing industrial hemp, the agent can talk to them, but at present, there is no coverage for hemp. We are working on it. It takes time; there is an entire process we have got to go through," Barbre said at the meeting of crop insurance companies, reinsurers and agents.

At the urging of Senate Majority Leader Mitch McConnell, R-Ky., the 2018 farm bill removed hemp from the list of controlled drugs and said the Agriculture Department could help growers in a variety of ways, including developing crop insurance for the product.

Industrial hemp is in the same cannabis family as marijuana, but has a concentration of no more than 0.3% tetrahydrocannabinol (THC), and people cannot get high from it.

Farmers in Kentucky are particularly interested in growing hemp as a replacement for tobacco, but there is nationwide interest in the crop.

Barbre acknowledged that hemp is a "hot topic," but did not say when crop insurance for hemp might be available. He said RMA cannot really work on it until the Agricultural Marketing Service develops regulations for producing it. Each state must also pass hemp regulations.

Barbre said RMA is now busy implementing the changes to crop insurance that Congress included in the farm bill.

One he expects to be popular will allow farmers with "enterprise units" to include acreage in more than one county.

Current RMA regulations allows farmers to combine all their acreage in one crop in one county, even if the acres are not contiguous into one unit, which makes insurance coverage cheaper and reduces risk.

Now farmers will be able to add acreage in one additional county. Farmers will not, however, be able to combine acreage in two states, because states have different crop insurance regulations, Barbre said.

The new dairy insurance program is another key farm bill change, Barbre said, noting that it "is in its infancy but has really taken off."

The farm bill also requires RMA to expand programs for specialty crops and for veterans and beginning and underserved farmers and ranchers.

The bill also raised the fee for catastrophic policies from $300 to $655, but that fee will not go in effect until 2020 because the deadline for 2019 policies has passed, an aide said.

The number of crops covered is now 551, and Barbre said he wants RMA to approve policies for as many crops as possible as long as they are actuarially sound.

Barbre, an Illinois farmer and former president of the National Corn Growers Association, noted the current financials on the farm his son now operates "are slim."

But he also noted the importance of crop insurance to his own family when there was a severe drought in the Midwest.

"My son might not be farming today if it had not been for crop insurance in 2012," Barbre told the industry gathering.

Barbre said RMA offers farmers risk-management tools that can keep them on the farm, but it's important to recognize that crop insurance ultimately protects the machinery suppliers, bankers and others in the rural economy.

Barbre said he thinks it is important for farmers "to know they have a producer at the top of the helm here at RMA," but he noted that in his position "I can't lobby Congress. It is important for you to do that." 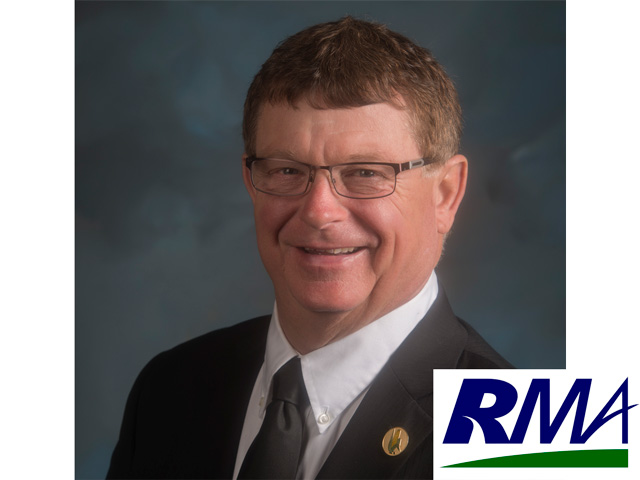