OMAHA (DTN) -- USDA is moving forward with implementing the 2018 farm bill even as another government shutdown remains a possibility come Feb. 15, the No. 2 official at USDA said during a Farm Foundation farm bill event in Washington, D.C., on Tuesday.

Coming off a 35-day partial government shutdown in recent weeks, USDA already has fallen behind on implementing the farm bill.

"In a few weeks, we'll have general timelines on implementation of the farm bill," said Stephen Censky, USDA deputy secretary of agriculture. "Some provisions are almost self-implementing with clear provisions. There are others that have actions authorized, but there are decisions to be made on how to implement. We don't plan on using the shutdown as an excuse for not implementing the farm bill."

However, the agency's work on implementing the legislation could be delayed again if Congress and President Donald Trump fail to reach an agreement on funding a southern border wall by the time a temporary spending measure passed by Congress to reopen the government expires in 10 days.

"We're not going to do another shutdown," Roberts said during the event. "They (shutdowns) never achieve their intended purposes. Usually when they occur, you stay the course. When you do something like this (35-day shutdown) you've shattered the glass and you don't know when it's going to end. It's tough because farmers are making farming decisions now. At the time with the shutdown, the ag committee was successful in working on and completing the farm bill. We are going to get past any next shutdown to implement the farm bill."

Censky said USDA has established a farm bill working group to look at every provision of the legislation and decide who is responsible for implementing what.

USDA is expected to release general timelines within the next few weeks. In addition, Censky said USDA is planning a series of stakeholder listening sessions.

"Even with a shutdown there will be a seamless implementation of crop insurance," she said. "This bill is evolutionary, not revolutionary."

"I don't know if we really comprehend that net-farm income has been cut in half in the last five years," he said. "That's an astounding statistic. We've got problems in farm country."

Flinchbaugh didn't pull punches when talking about recent trade actions and how they affect agriculture.

"We are in the midst of a vicious trade war that will cost agriculture billions. History shows no one wins a trade war. Agriculture is an innocent bystander."

Trade payments are a good way to begin to rectify some of that damage, he said, although they are "grossly insufficient."

"Agriculture needs this farm bill more than any other," Flinchbaugh said.

By and large, he said, the history books will show the 2018 farm bill was "farmer-friendly" and brought some certainty at a critical time.

"Never will farmers have to make a five-year decision," Flinchbaugh said. "They have a two-year decision at first then an annual decision. That's a huge improvement."

When it comes to conservation, he said, although the bill cuts funding in half to about $1 billion, the investment still is significant.

Though media reports suggest the Trump administration is getting closer to striking a trade deal with China, Flinchbaugh said the administration's approach has been harmful to agriculture.

"I couldn't be more blunt -- we need to end this trade war now," he said. "Putting tariffs on aluminum and steel was stupid. We get retaliatory tariffs it affects how much we can sell.

"You find me a trade war where anyone has won. It was always ill-conceived. It never was going to work." 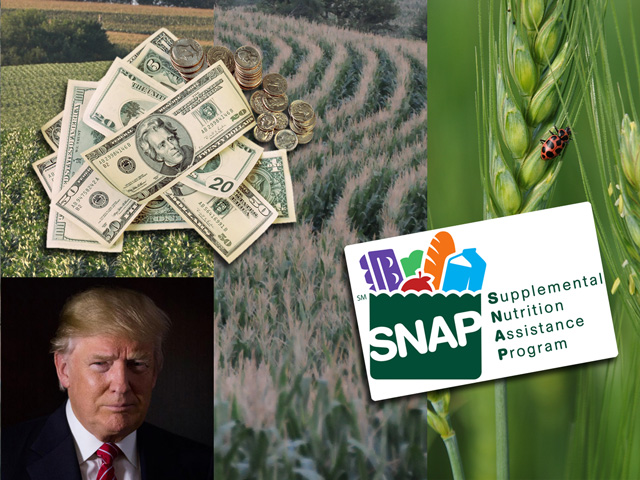