WASHINGTON (DTN) -- As the partial federal shutdown continues, more issues are being raised about topics such as commodity trades, food aid and local farmer committees.

The partial shutdown entered its 35th day on Friday with no resolution in sight after competing bills failed in the U.S. Senate on Thursday.

"While the CFTC is shut down, the markets it regulates are still open," wrote Stabenow. "I am deeply concerned that the government shutdown will leave our financial markets susceptible to undue risks. Shutting down the CFTC's robust oversight of our futures and swaps markets endangers the U.S. economy and puts American jobs at risk."

Stabenow raised a number of questions, including how the shutdown would affect the CFTC's ability to maintain strong oversight of financial markets and protect consumers from risks such as cybersecurity threats.

"To what extent is the CFTC hindered in its ability to work with financial regulators in other countries during the government shutdown?," she asked.

"How has the shutdown impacted the CFTC's ability to continue its work on important cross-border issues, such as clearinghouse oversight and the potential financial market consequences of the ongoing Brexit negotiations in Europe?"

The National Association of Farmer Elected Committees (NAFEC) has written a letter to Farm Service Agency Administrator Richard Fordyce asking why the County Office Committees cannot function during the shutdown like county employees.

The NAFEC is a nonprofit organization composed of and led by the elected farmers who run each of the county USDA Farm Service Agency offices that make decisions on who qualifies for farm subsidies,

In the letter, the organization noted that the county committees (COCs) are the supervisors of the county executive directors (CEDs).

"The county committee is the only part of the government that is ground driven," said NAFEC President Craig Turner. "The rest of the U.S. government is driven from the top down."

Apparently reacting to comments by Commerce Secretary Wilbur Ross Thursday that he could not understand why upaid federal employees were going to food banks, Feeding America issued a statement in support of the employees:

"Feeding America and our network of 200 member food banks know that just one missed paycheck can be the difference between making ends meet and needing our help.

"We are increasingly concerned about the hardship imposed on federal employees and contractors who will soon miss a second paycheck. The unfortunate reality is that the government shutdown illustrates what food banks face every day -- millions of hardworking Americans live paycheck to paycheck and are never far from becoming food insecure. Too many families must regularly make impossible choices between paying the rent and putting food on the table.

"According to a recent report by the Federal Reserve Board, 40 percent of American adults would be unable to absorb an emergency expense of just $400.

"Knowing this, and because of the very real danger the shutdown poses to so many affected workers, our network of 200 member food banks and 60,000 partner agencies have extended our hours, hosted pop-up mobile food distributions, and increased our supplies to meet the needs of our neighbors. We at Feeding America believe the shutdown must end immediately, but until then, we have our doors open to help federal workers and their families get through this difficult time."

The Food Tank, an online think tank about food, on Thursday called on its supporters to donate to food banks to help federal employees.

"To support initiatives feeding federal workers, you can donate to organizations like World Central Kitchen, which is donating free meals, or Capital Area Food Bank, which is setting up free pop-up markets for employees in the D.C. area," Danielle Nierenberg of Food Tank said in an appeal.

"To support a general relief fund for furloughed workers, you can donate to a fundraiser started by Deepak Chopra and GoFundMe that directs funds to nonprofits including World Central Kitchen, the National Diaper Bank Network, Feeding America, and the Federal Employee Education and Assistance Fund." 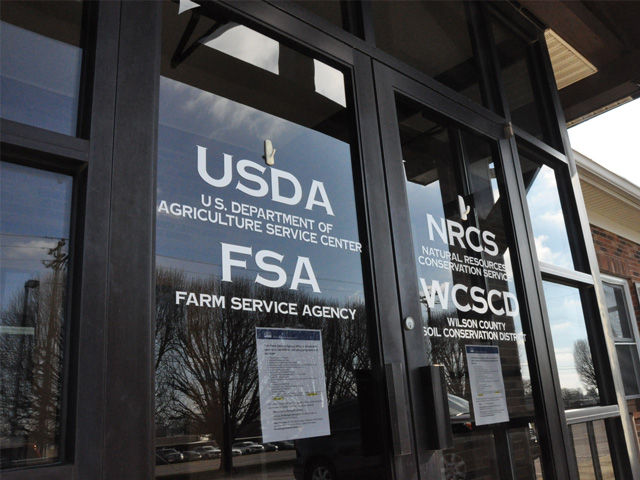