OMAHA (DTN) -- The U.S. Drug Enforcement Administration and wholesale drug distributors contributed to the worsening opioid addiction epidemic in West Virginia, a new Congressional report on an 18-month investigation concluded, by not closely monitoring the flow of opioid painkillers into rural areas of the state.

In March 2017, the Energy and Commerce Committee of the U.S. House of Representatives launched an investigation after reports of so-called pill dumping surfaced in the state.

The committee report said both the DEA and wholesale drug distributors struggled to prevent diversion and the misuse of those drugs.

The report said the three largest wholesale drug distributors in the United States, including AmerisourceBergen, Cardinal Health, and McKesson, shipped more than 900 million doses of hydrocodone and oxycodone to West Virginia between 2005 and 2016.

"The case study of West Virginia detailed in this report showcased how acute the problems were, and potentially still may be. In West Virginia, which has the highest overdose death rate in the country, distributors dispersed nearly 800 million opioids between 2007 and 2012, sending a massive number of pills to pharmacies in small, rural towns. As criminal prosecutions and other enforcement actions in West Virginia have subsequently shown, opioids were often illegitimately prescribed, and their misuse contributed to the opioid crisis on a national scale."

The committee found the DEA had not started actively using Automation of Reports and Consolidated Orders System, or ARCOS, data until 2010. The data can be used to identify controlled substance diversion. In addition, drug distributors are required to submit suspicious order reports to the DEA.

"Unlike ARCOS data, however, the DEA still does not have a centralized way to analyze suspicious order reports submitted by drug distributors," the report said. "Instead, unless dictated by a memorandum of agreement, distributors report suspicious orders to local DEA offices that hold varying regulatory interpretations, resulting in inconsistent handling of the reports."

In addition, the committee said the DEA "developed a more cautious approach" to enforcement even as the opioid epidemic worsened.

"DEA officials have indicated that more could have been done in West Virginia to investigate and prevent controlled substance diversion," the report said. "The DEA had data regarding the breadth of the prescription drug diversion problem in the state and had been warned by the DOJ OIG (Department of Justice Office of Inspector General) in 2002 that it was devoting insufficient resources to combat diversion. Despite that, the agency only had two diversion investigators assigned to West Virginia in 2006 and didn't begin devoting significant resources to the state until 2015."

The committee also pointed to shortfalls by drug distributors as reasons for the spread of the opioid epidemic in West Virginia.

Additionally, the committee said distributors have struggled to maintain oversight of their customers. That would include considering existing knowledge of patterns of controlled substance abuse in certain regions, to allow the distributors to identify red flags.

"Given what was publicly known, distributors should have been acutely aware of West Virginia's struggles with prescription drug abuse and closely monitored for red flags," the report said. "Despite available information, distributors, at times, apparently did not seriously consider evidence that should have been cause for serious concern.

"Blame for the opioid epidemic is widespread and goes far beyond the bounds of this investigation. Pharmaceutical manufacturers, pharmacists, physicians, drug traffickers, and others have contributed to this problem as well." 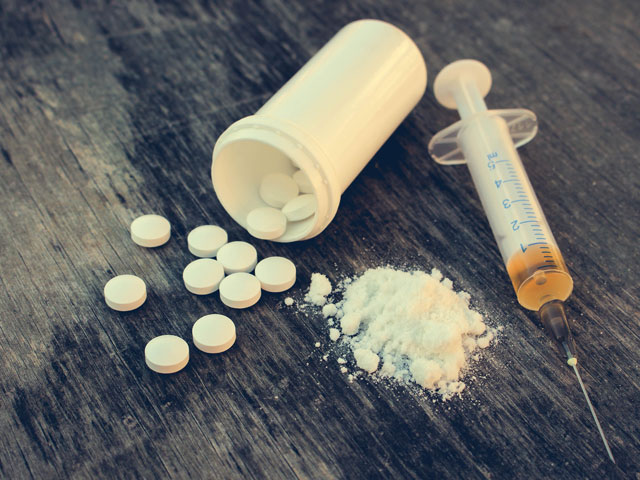