OMAHA (DTN) -- The second check is in the mail.

USDA announced Monday afternoon that "at the direction of President Donald J. Trump," the second "and final round" of trade aid payments under the Market Facilitation Program will be issued.

Farmers who grow commodity crops will collect a second payment based on their 2018 production. But USDA did not make any changes to the payment rate that had led to complaints by some commodity organizations, including the National Corn Growers Association, because corn farmers received 1 cent per bushel of trade mitigation payments.

There were doubts raised last week about the MFP payments after USDA officials noted delays in approval of the second round by the White House Office of Management and Budget. Agriculture Secretary Sonny Perdue went to the White House on Friday to speak with the president on the payments.

Perdue, in a news release, stated President Trump "made good on his promise, authorizing the second round of payments to be made in short order. While there have been positive movements on the trade front, American farmers are continuing to experience losses due to unjustified trade retaliation by foreign nations. This assistance will help with short-term cash flow issues as we move into the new year."

Sign-up for the MFP began in September and goes through Jan. 15, 2019. Farmers must fill out an application by Jan. 15, but they have until May 1, 2019, to certify their 2018 production. Payments are based on reported production and are projected to top $9.57 billion.

As of Monday, USDA had distributed $2.38 billion, indicating there are a lot of producers who have not yet enrolled for the program or certified their production on the 2018 crop.

Soybean farmers are expected to receive nearly $7.3 billion in payments, or more than three-quarters of the total MFP payments. The American Soybean Association thanked the president and USDA for following through on the second round of payments.

"Soy growers are very thankful that President Trump understands the need for this payment on the full 2018 production and that the administration will deliver the second half of the aid as promised," said American Soybean Association President Davie Stephens, a soybean producer from Clinton, Kentucky. "While it will not make our losses whole, it will certainly help offset the drop in prices we have experienced since China cut off U.S. soybean imports."

Stephens noted China announced some initial buys last week of U.S. soybeans, "which was also welcomed news and we hope a sign that the trade war could be turning a corner as a result of President Trump's recent meeting with President Xi."

The National Association of Wheat Growers also had sent a letter pointing out U.S. wheat farmers had lost about $323 million in sales to China while retaliatory tariffs placed on U.S. products going to Mexico due to steel and aluminum tariffs had also cost an estimated $178 million in sales.

"These retaliatory tariffs are not only harming growers through loss of sales but are also placing pressure on wheat prices," said Jimmie Musick, president of NAWG and a wheat farmer from Sentinel, Oklahoma. "Growers want new export markets and trade deals so that this sort of assistance isn't necessary. We appreciate the administration's recognition that farmers have suffered economic damages resulting from tariff retaliation through MFP assistance."

MFP Per bushel payment rates, which are divided in half, were set at:

More information on the MFP can be found at www.farmers.gov/mfp 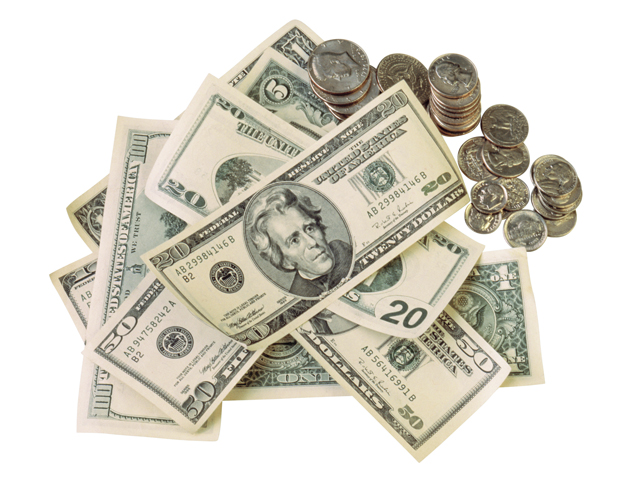