WASHINGTON, D.C. (DTN) -- The farm bill continues to be bogged down with conflicts over forestry programs that the Trump Administration is insisting on to deal with forest fires.

But the press release was a sign that the campaign to allow changes to forest management policy is not faring well. Thirteen congressmen commented in the news release.

The forestry issue has now been bumped up to Senate Majority Leader Mitch McConnell, Minority Leader Chuck Schumer, House Speaker Paul Ryan, and Minority Leader Nancy Pelosi. Schumer told reporters Tuesday that forestry is the only major farm-bill issue left and that Democrats "hope we can get a farm bill this year."

Senate Agriculture Ranking Member Debbie Stabenow said Tuesday that the farm bill could not pass the Senate with the changes wanted by the White House. Stabenow added that she and Senate Agriculture Committee Chairman Pat Roberts, R-Kan., would prefer that it be taken out.

While Agriculture Secretary Sonny Perdue and Interior Secretary Ryan Zinke have said that the fires in California have proven that the policy changes are needed, there was a growing awareness that the original author of many of the provisions is Rep. Bruce Westerman, R-Ark., and that the provisions could be used throughout the country, not just in the fire-prone West.

In the news release, Westerman said, "It is time for Senate Democrats to stop playing politics with people's lives and property. For far too long, our federal forests have been grossly mismanaged, exacerbating the catastrophic wildfires across the West. The forestry title in the House farm bill addresses these issues in a scientifically sound manner, including a provision which would require the Forest Service to balance the harms of action versus no action in managing our forests. Already in the House, Democrats and Republicans joined together in passing many of the provisions in this bill's forestry title. We must act now -- Republicans and Democrats -- to actively manage our forests and bring an end to the preventable cycle of destruction of lives and property."

Last year, the House passed Westerman's bill, the "Resilient Federal Forests Act," on a 232-188 vote but the Senate Agriculture Committee did not advance a similar bill. The bill involved both the Forest Service and Bureau of Land Management to reduce requirements under the National Environmental Policy Act and curb potential environmental lawsuits to more easily remove dead trees but also increase overall logging on federal lands.

Westerman was an engineer and forester for a lumber and paper company before winning his congressional seat. According to the campaign finance website OpenSecrets.org, Westerman also received just under $197,000 this last campaign cycle from the forestry and forest products industry, which is the most of any House member.

Rep. Doug LaMalfa, R-Calif., who represents the California areas devastated by the Carr and Camp fires, said in the news release, "Following one of the most devastating wildfires in our nation's history, it's absolutely critical that House-passed forestry provisions are included in the final farm bill -- and it's absurd that some of my colleagues would oppose them. In my district alone, the destruction has been immense. In July, the Carr Fire engulfed 229,651 acres, destroyed over 1,600 structures, and took eight lives. Now, we've only just begun recovery from an even more devastating fire -- the Camp Fire -- which has become both the deadliest and most destructive fire in California history. Over 18,000 residential and commercial structures have been destroyed by a fire that consumed 153,336 acres and almost entirely destroyed the town of Paradise and surrounding areas. So far, 88 people have lost their lives, with hundreds more still missing.

"We must prevent similar tragedies from occurring again, and we can do that by properly managing our forests -- which have become overgrown, overcrowded, and are now more combustible than ever. This is a problem with a clear, actionable solution. These provisions will help protect our environment, improve air quality, and save lives -- preventing their inclusion in the farm bill would be nothing short of irresponsible. I invite any farm bill conferees who may remain skeptical of these critical reforms to visit my district and see firsthand in order to better understand the devastation these fires have caused."

Rep. Kurt Schrader, D-Ore., added that Congress has made some improvements in helping combat forest fires, but more is needed. "Without better stewardship, our forests remain susceptible to insects and disease, leaving them ripe for catastrophic wildfires. It hardly need to be stated, as the country watched the toll of the Camp Fire on California's communities this month, that record-breaking wildfires have become the new norm across the west. The current laissez-faire approach to forest management clearly does not cut it."

The Western Caucus also released a series of letters that had been sent to members of Congress on the issue and an op/ed written by Zinke for CNN. https://www.cnn.com/…

House Agriculture Committee ranking member Collin Peterson, D-Minn., told reporters, "This is the last time there is a forestry title in the farm bill as far as I am concerned." 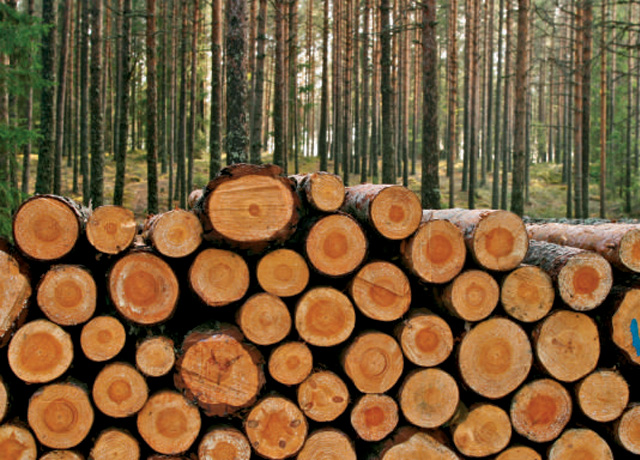