OMAHA (DTN) -- New EPA Acting Administrator Andrew Wheeler may be visiting Iowa after the state's congressional delegation outlined in a letter the challenges farmers and ethanol producers are facing with the way the agency has implemented the Renewable Fuel Standard.

The agriculture and ethanol industries are trying to get a feel for how the EPA led by Wheeler will operate the RFS. In particular, the Iowa delegation said the industries have been harmed by EPA small-refinery waivers and a lack of movement in implementing year-round E15 sales.

"It is our expectation you will reinforce the Renewable Fuel Standard and bolster our nation's energy security," the letter said. "We're encouraged by your statement at your confirmation hearing last year where you said, 'The RFS is the law of the land. I fully support the program.' Iowa farmers deserve nothing less."

Wheeler has said little publicly about where he stands on issues important to agriculture, including the RFS. He was asked about the RFS during a Nov. 8, 2017, hearing before the Senate Environment and Public Works Committee.

Prior to his confirmation, former EPA Administrator Scott Pruitt told federal lawmakers he would implement the RFS law as written.

Wheeler did consulting work for Growth Energy, Archer Daniels Midland, General Mills, and lobbied for the likes of Sargento Foods and Underwriters Laboratory, as well as for a variety of energy and other companies.

In the letter on Monday, the lawmakers outlined their concerns about how EPA implemented the RFS when Pruitt was head of the agency.

"We remain concerned about the demand destruction of 2.25 billion gallons due to the unprecedented number of small-refinery 'hardship' waivers granted in 2016 and 2017," the letter said.

"The recently released 2019 proposed rule indicates there will be no accounting moving forward of gallons that might be waived under the small-refinery waivers in order to maintain the statutory renewable volume obligation. A reduction in demand for renewable fuels pushes commodity prices even lower and farmers are already facing low commodity prices. We strongly urge you to reconsider the proposed rule and work to ensure that the final rule is structured to ensure that any waivers granted do not reduce the overall renewable volume obligation."

Last week, the EPA indicated in a letter to Grassley that it intends to continue in the same direction with the waiver program. The agency said it granted 19 of 20 petitions received in 2016, 29 of 33 in 2017 and so far had not received petitions for 2018.

The EPA is set to host a public hearing in Michigan on the proposed volumes on Wednesday, with at least 58 witnesses expected to testify.

As a result of a series of White House meetings involving industry representatives, members of Congress and administration officials, President Donald Trump made a public pronouncement that EPA would move forward with a proposal to allow year-round E15 sales.

Pruitt did not act on E15 before his resignation.

"President Trump directed the EPA to allow for the sale of E15 year round but unfortunately this hasn't come to fruition," the letter said.

"This is particularly frustrating given the damaging impact that previously granted waivers have already had on RIN (renewable identification number) prices and renewable fuel demand. As Iowa corn farmers are anxiously awaiting their 2018 crop, a Reid Vapor Pressure waiver would help grow demand and improve the markets. Across Iowa, cooperatives and renewable fuel plants dot the landscape. We invite you to visit Iowa and look forward to working with you." 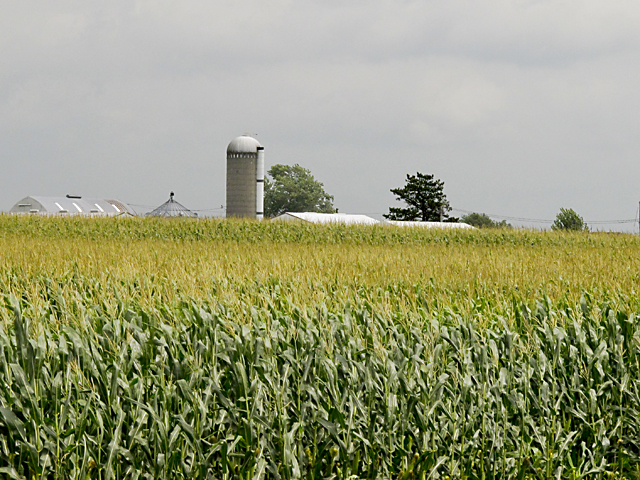