OMAHA (DTN) -- Ethanol and agriculture groups sued the EPA on Tuesday in response to the agency's recent approval of small-refinery waivers from the Renewable Fuel Standard granted in recent years, according to a lawsuit filed in the U.S. Court of Appeals for the 10th Circuit in Denver.

The Renewable Fuels Association, National Corn Growers Association, American Coalition for Ethanol and National Farmers Union, with support of Farmers Union Enterprises, sued EPA on three recent waivers granted, arguing the agency did not publish in the Federal Register what were final actions by the agency.

In the petition, the groups said they are challenging agency actions made "under unusually clandestine proceedings" to exempt refineries in Wynnewood, Oklahoma; Cheyenne, Wyoming; and Woods Cross, Utah.

"Because EPA never published the exemption letters or determinations, in the Federal Register or otherwise, and the coalition thus does not have actual notice of EPA's determinations within the meaning of the statute, the 60-day period for filing a petition for review did not begin to run and the time period set forth for unpublished determinations is not applicable to the Coalition," the petition said.

The Wynnewood refinery is owned by a subsidiary of CVR Energy, and the Cheyenne and Woods Cross refineries are owned by HollyFrontier Corporation. CVR Energy is owned by energy billionaire Carl Icahn. For a time, Icahn served as an adviser to President Donald Trump and recommended the hiring of Scott Pruitt as EPA administrator. Icahn also sought RFS reforms when counseling the president.

The EPA granted at least 40 such waivers for 2016 and 2017 renewable volume obligations, and indications are the agency has received what would be a record number of waiver requests for 2018, including from large oil companies.

Rather than challenge the agency's authority to grant waivers, the groups said the three refineries named are examples of the agency's "abuses" of the authority.

"EPA should be forced to explain why an otherwise profitable refinery faces disproportionate hardship from compliance with the RFS," the groups said in a news release.

"We want EPA to explain why it is reasonable for HollyFrontier, which apparently could not afford to comply with the RFS, could nonetheless afford to undertake a $1 billion stock share repurchase program during the same time -- and that's before the company received over $300 million in tax cuts last year. Likewise, the petitioners would like to understand how EPA could find hardship at CVR Energy, which reported a $23 million profit in the biofuels credit market in the first quarter of 2018 due to what it called a lower RFS obligation."

The agency has taken heat on how it defines "hardship" when it granted waivers. The ethanol industry and others have maintained the waivers were not designed for oil companies that report billions of dollars in profits.

According to a news release, the companies estimated in financial statements the waivers saved them $170 million in compliance costs.

"When Congress enacted the RFS program a decade ago, it sought to protect certain small refineries from the law's impacts temporarily by providing an exemption for refineries with no more than 75,000 barrels per day of crude oil throughput," the news release said.

The groups added, "Until late last year, EPA only granted a handful of exemptions per year. EPA denied many extension requests, presumably because the refineries failed to meet one or more of these requirements for an extension. In recent months, EPA has granted over two dozen exemptions -- including the ones challenged here -- without providing any basis for its reversal."

Large companies like Marathon Petroleum are taking their chances in filing for waivers, largely based on recent agency action to step up the number of waivers granted in the past two years. The wave of requests has continued based on a couple of things.

First, a court recently ruled the EPA should have been granting exemptions all along. Second, Congressional budget reporting language attached to appropriations bills during the past three years essentially opened wide the door to any refiner to receive an exemption. That language basically forbids EPA from considering a company's financial returns when granting so-called hardship waivers.

"EPA is trying to undermine the RFS program under the cover of night," said Bob Dinneen, CEO and president of RFA. Dinneen added, "With the little information we've been able to piece together through secondary sources, it's clear that EPA has been extending these exemptions to refineries that didn't qualify for them."

Brian Jennings, CEO of ACE, said the agency "left us no choice" but to file a lawsuit because the EPA has made "systematic cuts to ethanol blending in the U.S. by distorting the intent of the law to grant secret hardship waivers to refineries, which in some cases exceed the definition of 'small' and fall short of demonstrating 'disproportionate economic hardship,'"

The groups said in a news release the EPA "consistently rejected all attempts to bring greater transparency to the small refinery exemption extension process" including refusals to respond to Freedom of Information Act requests for "the most basic information" about waivers.

Kevin Skunes, president of the National Corn Growers Association, said in a statement the agency has a difficult time justifying granting the waivers to companies making billions in profits.

"America's corn farmers, who are expecting their fifth-consecutive year of low commodity prices and who are experiencing the lowest net-farm incomes since 2006, understand economic challenges," Skunes said. "When refineries are reporting profit increases and repurchasing stock shares, we expect EPA to explain why these refineries were granted exemptions from their RFS volume obligations."

A study completed by the Renewable Fuels Association estimates about 1.6 billion gallons of ethanol may not have been blended in 2016 and 2017 as a result of the waivers. 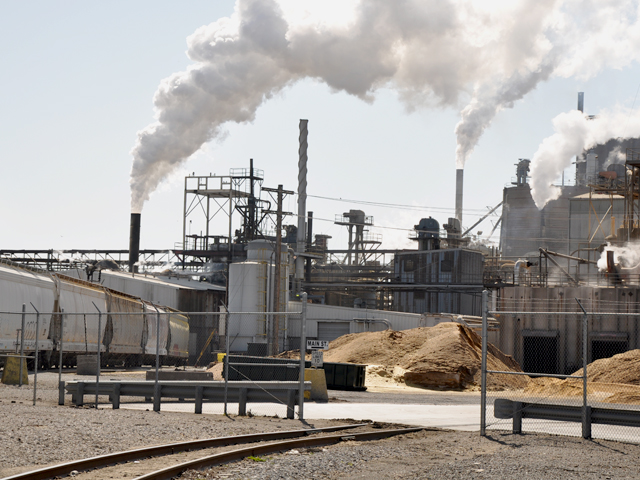