OMAHA (DTN) -- Though EPA and the U.S. Army Corps of Engineers may soon release a new proposed clean water rule, two separate lawsuits in New York are seeking to derail the agencies' move.

Last week EPA Administrator Scott Pruitt told a House committee the agency is nearing completion of a new rule to replace the 2015 waters of the U.S. (WOTUS) rule.

Attorneys general in 10 states and the District of Columbia are asking the U.S. District Court for the Southern District of New York to issue a summary judgement in a lawsuit they filed on Feb. 6 of this year. The lawsuit alleged a recent final rule suspending the 2015 waters of the United States, or WOTUS, rule was unlawful.

The Natural Resources Defense Council and National Wildlife Federation also filed a motion for summary judgment last week in a separate but nearly identical lawsuit those groups filed in the same court in New York.

A motion for summary judgement essentially asks the court to render a judgement in the moving parties' favor, based on what are undisputed facts in a case. In the WOTUS cases, this mean the plaintiffs believe the agencies have no case and that the court should vacate the rule that halted the controversial 2015 rule.

Earlier this year the U.S. Supreme Court ruled the appellate court level was not the proper venue for challenges to the 2015 WOTUS rule. The action essentially ended the nationwide stay on the rule. As a result, EPA issued a final rule in February to delay the WOTUS rule until 2020, allowing EPA more time to rewrite the rule.

In a court document filed by the states last week, the states defending the WOTUS rule argue EPA and the Army Corps issued a final rule suspending the 2015 rule without allowing public comment. They also argue the EPA violated the Administrative Procedures Act, by narrowing the length of the public-comment period.

"This illegal content restriction was exacerbated when the agencies restricted comment to a 21-day period and, without good cause, made the suspension rule effective immediately," the states said.

In addition, the states argue a delay in replacing the WOTUS rule would be harmful to water quality. EPA has indicated the suspension of the 2015 WOTUS rule, means the Clean Water Act definitions revert back to the law prior to 2015.

"The agencies have done the same here by failing to consider the effect on water quality of replacing the Clean Water Rule with the 1980s regulations for two years," the attorneys general said in the court document.

In addition, the states said the EPA and the Corps did not have authority to suspend the 2015 rule.

"Neither the APA nor the Clean Water Act authorized the agencies to use a truncated process to issue the suspension rule," the attorneys general argue. "While they may reconsider regulations, they do not have authority to effectively repeal and replace a regulation by means of an interim rule without substantive comment or analysis."

The Natural Resources Defense Council and the National Wildlife Federation argue in a court document filed in a similar lawsuit in the same court last week that the suspension of the WOTUS rule "ignored every substantive aspect of the Clean Water Rule that it suspended, and rested only on a single, unsupported rationale."

In addition, the groups point to Pruitt's public opposition to the 2015 WOTUS rule when he was Oklahoma attorney general, as reason for why he should not have been involved in drafting the rule to suspend. The groups argue Pruitt's "participation violated due process and APA principles because he set his mind against the Clean Water Rule years ago."

Back in March 2017, the EPA and the Corps announced plans to rewrite the WOTUS rule. That rewrite is expected to consider the opinion of the late Justice Antonin Scalia in Rapanos v. The United States in 2006.

The Rapanos case involved a Michigan landowner who filled in a wetland without a permit. A circuit court ruled that because the wetland was adjacent to a tributary, the wetland was considered to be a jurisdictional water.

In writing the WOTUS rule, however, President Barack Obama's EPA cited the opinion of Justice Anthony Kennedy who suggested a significant nexus test is valid.

The 2015 rule essentially relied on a significant nexus test. That is, a water can be jurisdictional if, alone or in aggregation with other similarly situated waters in a region, has significant effects on the chemical, physical or biological integrity of a traditionally navigable waters. 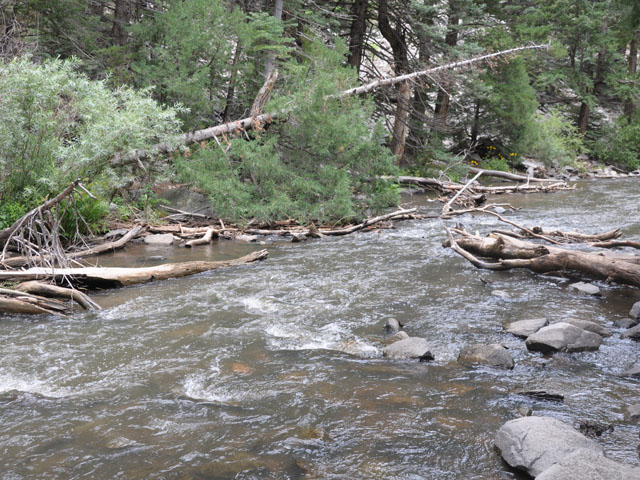