OMAHA (DTN) -- The U.S. Environmental Protection Agency has until April 30 to designate areas of the country as either in or out of attainment on national ambient air quality standards in the Clean Air Act after a federal judge ruled the agency missed a deadline last year to make the designations.

The ruling by the U.S. District Court for the Northern District of California in San Francisco, applies to all areas except for the San Antonio, Texas, region. The agency has 127 days after the court order to complete its designation there.

Agriculture interest groups have been fighting the stricter Barack Obama-era standards since 2015.

"There is no dispute as to liability: defendants admit that the administrator violated his nondiscretionary duty under the Clean Air Act to promulgate by Oct. 1, 2017, initial area air quality designations under the 2015 national ambient air quality standards for ozone," the court ruled.

In 2015, EPA tightened the ozone standards of particulate matter from 75 parts per billion to 70 ppb. That action was of particular concern to farmers and ranchers who already operate in regions of the country that struggle to meet national ambient air quality standards for ozone. Many of those producers have had to work to reduce dust pollution on their farms as part of plans in place in what are called "non-attainment areas."

EPA's decision drew the ire of 269 interest groups across the country, including agriculture groups who sent a letter to President Obama on July 29, 2015, opposing the changes.

The agency had until Oct. 1, 2017, to make the nationwide designations and clearly missed the deadlines. This sparked a lawsuit by a number of environmental and health organizations.

One of the issues the agriculture groups raised was that available emission technologies may not be suitable to achieve the even stricter standards. Further, the EPA proposal came at a time when many stakeholders already were struggling to meet the 75 ppb standard in some regions.

In April 2017, the EPA received a delay in ongoing litigation from the U.S. Court of Appeals for the District of Columbia to review the 2015 standard that tightened the standards for particulate matter. In August 2017, the EPA withdrew the deadline extension.

In a Nov. 6, 2017, Federal Register notice, the agency designated 2,646 of the total 3,007 counties in the United States as either in attainment or "unclassifiable." In the notice signed by EPA Administrator Scott Pruitt, the agency indicates it will complete the designations later.

"For other areas not addressed in this final rule, the EPA is not extending the time provided under section 107(d)(1)(B) of the Clean Air Act but is not yet prepared to issue designations," the agency notice said. "The agency intends to address these areas in a separate future action."

The environmental and health groups argued to the San Francisco court that the areas not yet designated were in some of the "most polluted" regions where tens of million people live.

"More than 100 million of the roughly 323 million people in the United States live in the hundreds of counties that remain as of this date without designations under the 2015 standards, including urban areas like Los Angeles, New York City, Chicago, Washington-Baltimore, Denver, Houston, San Antonio, Detroit, Cincinnati, Philadelphia, Atlanta and Oakland, where ozone pollution is particularly severe," the groups argued. 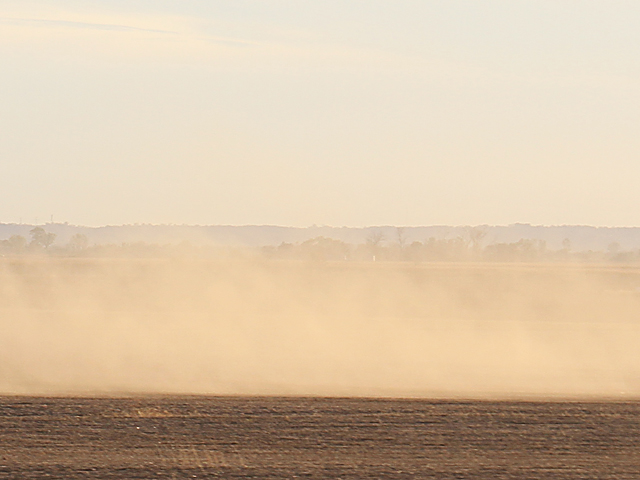