The budget agreement includes provisions for dairy and cotton farmers that will boost the baseline funding for the next farm bill by $1.2 billion. Cotton farmers will be allowed to enroll in the Price Loss Coverage program or Agricultural Risk Coverage program to collect farm-program payments for their cottonseed.

"This measure will provide cotton producers and lenders some certainty as they prepare for the 2018 growing season," said Ronnie Lee, chairman of the National Cotton Council. "The new policy will help ease the financial burden as producers struggle to cover total costs."

The National Milk Producers Federation praised lawmakers for the dairy provisions that will boost the dairy Margin Protection Program (MPP) by raising coverage levels and production covered under the program.

"We applaud Sens. Patrick Leahy, D-Vermont, and Debbie Stabenow, D-Michigan, for spearheading the badly needed reforms to the MPP, which will make the program a more effective safety net for dairy producers," said Jim Mulhern, CEO of the National Milk Producers Federation. "These critical provisions are based on their proposal that was approved by the Senate Appropriations Committee last summer in a bipartisan vote. The reforms also reflect the assistance of Sens. Thad Cochran (R-MS) and Pat Roberts (R-KS), as well as key members of the House."

The bill also includes $2.36 billion in funding for disasters last year, of which most is expected to help citrus growers in Florida. The disaster package also raises the annual $20 million cap on livestock insurance programs at USDA, allowing the department to create a broader set of insurance programs for livestock producers.

Congress faced a midnight deadline to pass a funding bill, but Sen. Rand Paul, R-Ky., held the Senate floor for several hours Thursday night into Friday morning as he railed on Republican colleagues for supporting what amounted to more than $300 billion in additional spending, or increase to the deficit, over two years.

The Washington Post reported the Senate voted 71-28 to approve the measure, while the House voted 240-186 at 5:30 a.m. ET to approve the bill. Seventy three Democrats joined a majority of House Republicans to back the bill as 67 GOP House members refused to back it.

The funding bill also includes several tax provisions. Congress ensured racehorses remain three-year depreciated property and race cars remain seven-year property, but Congress did not address the distortion of tax treatment for farmer sales to cooperatives over private companies. The National Grain and Feed Association is disappointed that lawmakers could not deal with the Section 199A provision.

"Considerable progress has been made during the last several weeks of intensive effort toward reaching an equitable solution," said Randy Gordon, CEO of NGFA. "The two fundamental goals of these efforts remain to replicate the tax treatment accorded to cooperatives and their farmer-patrons under previous Section 199 of the tax code, and to do so in a way that restores the competitive landscape of the marketplace that existed prior to the enactment of Section 199A on Dec. 22, 2017."

NFGA may get another opportunity to attach the language to a spending bill, because Congress now has a March 23 deadline to complete appropriations language for most federal agencies.

"NGFA remains committed to achieving such an outcome expeditiously," Gordon said. "We are gratified that the many members of Congress with whom we and other stakeholders are engaged on this issue are equally committed to enacting an equitable solution as part of the next available legislative vehicle. All concerned are very cognizant of the adverse and unforeseen disruptions Section 199A is already having in the marketplace and the perverse impacts it is having on companies' business decisions."

The bill does include a one-year retroactive extension for the biodiesel tax credit, which will allow biodiesel producers to take as much as $3.25 billion in tax credits for biodiesel sales in 2017. There were several other small renewable energy tax credits also approved for the 2017 tax year. 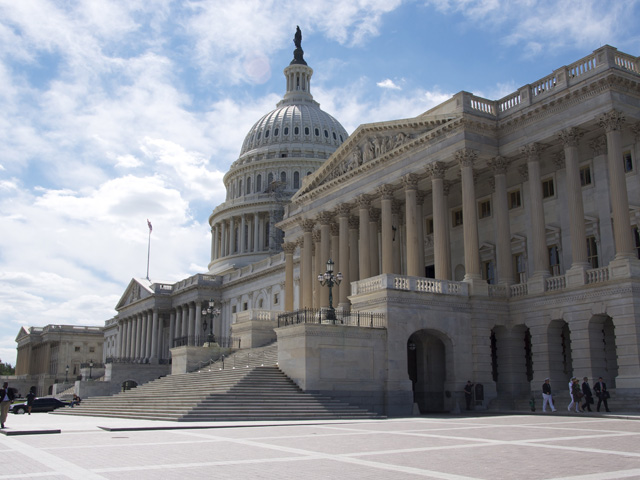