OMAHA (DTN) -- President Donald Trump set out an agenda during the State of Union address on Tuesday that includes a plan to upgrade the nation's infrastructure.

However, the president provided few details as to how a $1.5 trillion rebuilding of bridges, highways, locks and dams, airports and other important projects would be funded.

On a night when Trump made few direct references to agriculture, the president's infrastructure proposal may have drawn the most attention among farm interests.

Moving into 2018, the Trump administration is turning its focus on immigration reform and, at some point, infrastructure.

Kevin DeGood, director of infrastructure policy at the Center for American Progress, said the president's speech offered no new details.

The Trump plan calls for about $200 billion in federal dollars invested, to spark public/private partnerships to fund some $1.5 trillion in improvements.

DeGood said the plan would lead to increases in state and local taxes and user fees, while shifting the cost burden to states and cities.

In addition, Trump called for cutting the permitting time for road and bridge projects from about 10 years to one or two years as a way to speed up improvements.

"President Trump's optimistic vision for the nation includes massive investment in infrastructure, which will be a boon to a rural America that sorely needs such improvements," Perdue said in a statement.

On Monday, the Soy Transportation Coalition released a wish list of how Congress could improve agriculture-related infrastructure.

That includes, in part, maintenance and rehabilitation of locks and dams; an increase in the federal tax on gasoline and diesel fuel and ensuring rural areas receive the funding they need; funding predictability and reliability for locks and dams; block grants to states to replace the top 20 most critical rural bridges; and grants to states to implement rural bridge load-testing projects.

"There is clearly a growing need for significant federal investment in our nation's roads, rails, broadband, locks and dams," Johnson said in a statement. "We urge the administration and Congress to move swiftly in developing the promised comprehensive infrastructure package."

Congress has already been considering a number of pieces of legislation to address the need for broadband access in rural America.

"With the more-than-$1 trillion infrastructure development package he (Trump) announced tonight, it is our expectation that rural communities will be partners in what he described as a new American moment," Duvall said in a statement.

"Infrastructure upgrades tied to our rural communities will help pave the way for economic renewal that is so badly needed."

Sen. Joni Ernst, R-Iowa, said the federal government has "an important role to play" in improving and maintaining infrastructure.

"Having a robust and efficient transportation infrastructure is vital to the economy," she said in a news release, "and I appreciated hearing from the president on this very issue tonight."

Sen. Charles Grassley, R-Iowa, said the president was "right to call on Congress" to find solutions.

"American agriculture and other industries depend on functioning waterways, bridges and roads to export products to foreign markets," he said. "For the United States to stay ahead in the 21st century, the nation needs infrastructure that can compete."

"We own and maintain 46% of all public road miles and 39% of the nation's bridge inventory. We are involved in one-third of the nation's public transportation systems and airports that connect residents, communities and businesses. Investing in infrastructure means investing in every American community."

While many agriculture groups applauded the president's focus on improving the nation's infrastructure, a few still said they wished the president had talked more about other issues, including biofuels and the North American Free Trade Agreement, that directly affect the ag economy and rural America.

"Too many consumers are being denied access to higher-level ethanol blends because marketers lack the resources to modernize the infrastructure to produce and distribute domestically produced renewable fuels," he said in a statement.

National Association of Wheat Growers CEO Chandler Goule said it was "unfortunate" the president did not focus more of his remarks on agriculture. The nearly 90-minute address made no specific mention of NAFTA, ethanol or agriculture.

"Much like a strong infrastructure plan, agriculture is also essential for helping rural America move forward," Goule said in a statement. 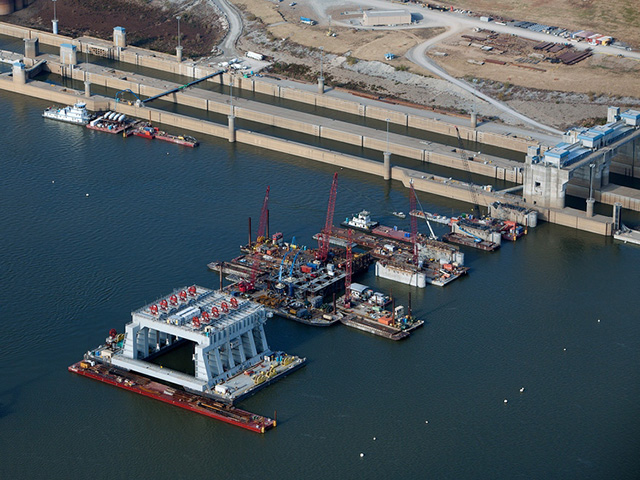