In the wake of seven, day-long meetings across the country to assess and receive comments on its current Animal Disease Traceability (ADT) regulation, USDA's Animal and Plant Health Inspection Service (APHIS) received strong pushback over the veracity of its summary of that feedback.

Calling the report "factually inaccurate, unreliable and biased" R-CALF United Stockgrowers of America filed a complaint, asking for an information correction by the agency.

The group noted its request for a correction was based on the fact the report failed to meet minimum quality standards as required by the "Data Quality Act".

The Data Quality Act, which took effect in 2002, applies to federal agencies and was in part intended to make sure information released by the government meets certain standards for accuracy.

The summary that came out of the APHIS meetings noted four general concerns with the current ADT program. These included:(1) confidentiality and security of information obtained through ADT; (2) producer liability tied to tracing an animal back to its original premises; (3) cost of identification and the need to distribute cost fairly throughout the industry (especially with regards to electronic identification, or EID, methods); and (4) the fact that for small producers costs of the program are proportionally higher. In some direct sales venues, such as organic sales, it was emphasized custom slaughter facilities are used and animals are already traceable. Therefore, producers contend, they do not need to be part of a larger, national registry.

As it currently stands, ADT requirements affect beef cattle over 18 months of age, and all dairy cattle, moved interstate. The meetings addressed how to move beyond the basic traceability framework in place now, and close traceability gaps within the industry.

What is inaccurate about the summary report? The R-CALF letter, dated Sept. 27, takes great issue with the use of the word "consensus" throughout the report. The group stressed there is no way APHIS can claim comments are a consensus, and noted "the record shows that USDA APHIS obtained no such consensus on the question of whether younger cattle (i.e., cattle under 18 months of age, also referred to as beef feeders) should ever be included under a mandatory animal identification requirement, let alone be included among cattle that must be identified with electronic identification devices."

R-CALF, along with 39 other signatories, submitted comments to USDA APHIS under the Federal Register notice asking to comment on the ADT program earlier in the summer. The groups urged USDA "not to take any steps to adopt new requirements related to animal traceability." That is part of the basis for questioning whether APHIS has, or does not have, a consensus with regards to its report.

Bill Bullard insisted the cross-country meetings were a precursor to APHIS expanding its current ADT rule, moving to "phase two, which would include feeder cattle, and would require use of EID tags as the only recognized means of identification."

Bullard, chief executive officer of R-CALF, addressed APHIS' reference to gaps in the traceability system, telling DTN those gaps will always exist regardless of the system.

"One of the huge gaps we aren't talking about is the fact that we don't require imported animals meet the same health standards as our own animals. So there are always going to be gaps, and that is a disingenuous argument," he stressed.

Bullard added he is not against the use of EIDs, and that many producers in R-CALF's membership of 5,000 use EIDs to obtain premiums in the marketplace.

"But once the government imposes this on the industry those tags will no longer have any additional value, and any premium producers are receiving will evaporate," he said.

The APHIS summary said cost of EIDs is a concern, but added "commentators noted that other sectors [aside from cow/calf] would contribute significantly to the cost of the infrastructure for EID, and as a result, the cost to implement EID would not be borne by the cow/calf sector alone."

Bullard, when asked if R-CALF had received a response to its request for a correction of the summary report, noted the organization had received an acknowledgement the complaint had been received and processed.

A request for comment was sent to USDA/APHIS by DTN/The Progressive Farmer prior to publishing this article. No comment was received by deadline.

For more details on the current ADT regulation see: https://www.aphis.usda.gov/… 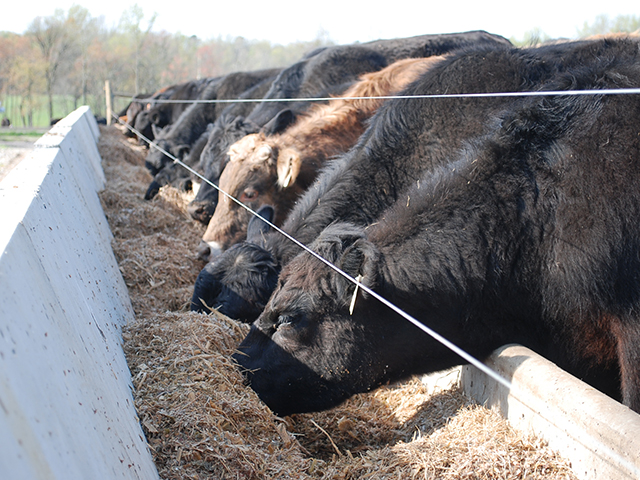