Perdue spoke to the Washington International Trade Association. On NAFTA, Perdue said he believes there is a "real opportunity" to open Canadian dairy markets. He said he has been somewhat disappointed in NAFTA rounds so far, but believes the next round will be an opportunity to bring up more-serious agricultural issues.

Perdue sounded as though his decision to move the U.S. Codex from the jurisdiction of the Office of the Undersecretary for Food Safety to the Office of the Undersecretary for Trade and Foreign Agricultural Affairs is final. However, the Food and Drug Administration said in comments to USDA this week it could hurt U.S. efforts to promote agricultural trade because other countries will view that office as too close to industry.

Asked by DTN about FDA's comment letter made public Tuesday, Perdue said he would never discuss interagency politics in the press and it was "unfortunate" FDA did not raise the issue privately with him.

If he had a dispute with FDA, Perdue said, he would call up FDA Commissioner Scott Gottlieb and talk to him about it.

Perdue said "our people at USDA" believe food safety standards can be upheld and Ted McKinney, the undersecretary for trade and foreign agricultural affairs who was confirmed Tuesday, "can be more effective in competing with international groups that are using codex standards as trade weapons."

Farm and agribusiness groups supported the move, but food safety advocates -- including former USDA officials -- have said it is unwise and may backfire.

In the question-and-answer session, Perdue mentioned the proposal to take action on complaints of Florida tomato producers about Mexican imports. Several members of the audience said they fear making any proposal to help the Florida growers could endanger U.S. corn, soybean and meat exports. Perdue responded that the proposal is not final, but trade lobbyists should remember that while much of agriculture has benefited from NAFTA, Florida tomato growers "are not rejoicing."

Rather than sending tomatoes north when domestic tomatoes are not available, known as complementary trade, Perdue said Mexicans had been "competitive" with Floridians.

Moving on from NAFTA, Perdue said even though China is the biggest market for U.S. farm exports, it also restricts U.S. beef, rice, poultry, and corn products. He also said broader China access for livestock products and biotechnology "still need work" and that he would like to talk to the Chinese about their cotton policy and convince them that U.S. food safety standards would work for them.

Due to the long security relationship with Japan, he said, the United States should have a "preferred status" for exports to that country, but instead Japan has granted preferences for Australian, European Union, Chilean and Mexican products.

Perdue also said he is interested in other Asian markets and that he is advising President Donald Trump on his upcoming trip to Asia.

He said he believes the United States is developing "a warmer and closer trade relationship" with Vietnam, but India is a "tough market" that "doesn't seem much inclined to change."

Perdue did not mention Trump's decision to withdraw from the Trans Pacific Partnership, which would have addressed many issues with Japan and other Asian countries.

Perdue said he could not comment on the possibility of reviving the TransAtlantic Trade and Investment Partnership negotiations. He noted that he met with the British ambassador and British farm leaders on Tuesday, and said conversations with individual countries have gone better than those with the "overall umbrella" of the European Union and Phil Hogan, its agriculture minister.

When a man in the audience asked whether agriculture ministers had the political will to follow some policies, Perdue told the man that ... he would not discuss his question in public.

When another audience member asked for his views on the fact that food purchases for the Defense Department and schools must be American products, Perdue replied that when purchases "are financed primarily by the American taxpayer, I think it is absolutely reasonable to have that 'Buy America' policy."

Perdue will travel to North Carolina on Thursday. He will meet with members of the North Carolina Farm Bureau at the group's headquarters in Raleigh. He also will tour the Scott Family Farms sweet potato farm and packaging/manufacturing plant in Lucama, N.C.

Jerry Hagstrom may be reached at talk@dtn.com 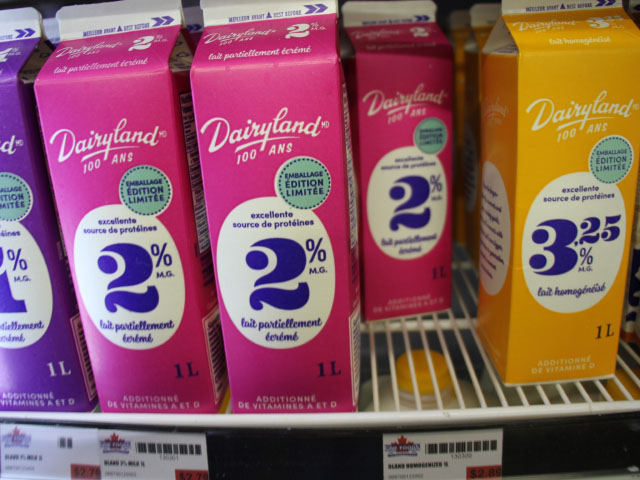