OMAHA (DTN) -- U.S. Secretary of Agriculture Sonny Perdue on Monday said that, in light of an effort to rewrite the waters of the United States rule, he's hopeful the federal government can hold off on a lawsuit against a California wheat farmer who faces $2.8 million in fines for alleged Clean Water Act violations.

John Duarte, who runs a farm and nursery in Hughson, California, has been at the center of a federal prosecution and multiple federal lawsuits against the U.S. Army Corps of Engineers because Duarte tilled vernal pools on his farm.

Perdue told reporters on Monday he has not been contacted directly by Duarte or anyone else in the Trump administration about the case. However, Perdue said he intends to have a briefing with EPA Administrator Scott Pruitt and U.S. Attorney General Jeff Sessions as to why the prosecution continues.

"I'm hoping the Justice Department could see fit to hold off until we get a different definition of waters of the U.S.," Perdue said, pointing out that the continued prosecution could put a "chill" on farmers across the country. Perdue held a 30-minute press conference while on the road in Springfield, Illinois, as part of the "Back to Our Roots" tour.

Since President Donald Trump's administration announced it is rescinding the WOTUS rule and beginning the process of rewriting, Duarte has appealed to the administration to drop the charges.

Duarte faces millions in fines and litigation costs in a trial that is slated to begin in August in the U.S. District Court for the Eastern District in Sacramento.

The Trump administration has been turning back the clock on federal regulations, including WOTUS, put in place by President Barack Obama's administration the previous eight years.

Duarte's attorneys filed a motion to dismiss the case on July 23. The trial is set to begin on Aug. 15, while the court has scheduled an Aug. 25 hearing on the motion.

"Despite repeated warnings from its own environmental consultant regarding the presence of important and sensitive waters of the United States and the need to avoid those waters or to obtain a permit for its site development, Duarte violated the CWA," the DOJ said in its trial brief.

"Similarly, Duarte failed to cooperate with the Corps' investigation. In December 2012, John Duarte falsely assured the Corps that the rippers were 'staying away' from wetlands. Yet at that time he had never even been to the site and had no way of knowing whether this was true."

Duarte told DTN he could face anywhere from $16 million to $33 million in mitigation costs, as a result of a demand by the Corps for him to create up to 132 acres of vernal pool mitigation banks.

The Corps of Engineers has maintained Duarte failed to get a dredge and fill permit before doing the work. This set a chain of events in motion, including an enforcement action against Duarte. Duarte countersued the Corps of Engineers, but a federal judge found him guilty of violating the Clean Water Act.

Back in May, two congressional committee chairmen asked why the U.S. Department of Justice was still pursuing the case. 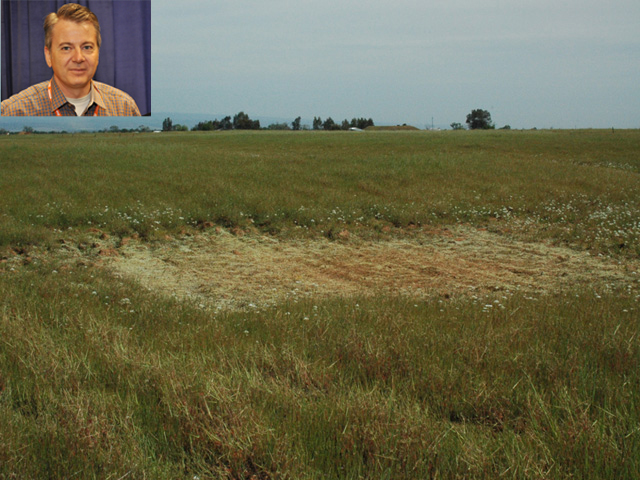