WASHINGTON (DTN) -- Mexico will cut its refined sugar exports to the United States from 53% to 30% under a deal announced Tuesday by U.S. Commerce Secretary Wilbur Ross and Mexican Economy Minister Ildefonso Guajardo Villarreal.

The two officials announced the deal at a joint news conference at the U.S. Chamber of Commerce, but Guajardo announced it earlier on Mexican radio.

A Mexican official said a main point that had been discussed overnight related to Mexico's "first refusal" rights, which would allow it to export more sugar than defined in the quotas when U.S. import needs increased, Reuters reported.

Ross said that the U.S. sugar industry had not yet accepted the agreement, which he described as an "agreement in principle."

The deal is designed for Mexico to avoid the imposition of punitive tariffs due to a finding by the U.S. government that Mexico had sent the United States subsidized sugar and that the sugar was sold at dumped prices.

The United States imposed the tariffs in 2014, but Mexican and U.S. officials reached what are called "suspension agreements" to avoid the tariffs stemming from cases the U.S. sugar industry had brought to the U.S. government.

Refiners of raw sugar complained, however, that Mexico was sending semi-refined sugar to the United States and not sending the raw sugar that U.S. refiners needed to stay in business. The U.S. government threatened to impose the tariffs as of Monday, but extended a deadline to today to finish the negotiations.

If the United States did impose the tariffs, which would make Mexican sugar prohibitively expensive, Mexico threatened to retaliate by stopping purchase of high-fructose corn syrup, a product that Mexican industry has been buying from the United States since the North American Free Trade Agreement established tariff-free trade between the two countries.

Under NAFTA, Mexico has the right to unlimited sugar exports to the United States but does not have the right to send subsidized or dumped sugar north.

Ross had said he hoped the sugar dispute would be resolved before Mexico, Canada and the United States begin renegotiating NAFTA later this year.

John Bode, president and CEO of the Corn Refiners Association, commented: "This is a great day for American jobs. In this administration's first major negotiation with Mexico, Secretary Ross succeeded in protecting against unfair trade practices and maintained vulnerable export markets."

"With both sides demanding more, he coolly pursued the broader public interest," Bode said. "Thanks to his leadership, U.S. sugar interests have much stronger protections than the previous suspension agreements without threatening the $500 million in U.S. corn sweetener exports to Mexico that support 4,000 U.S. jobs."

"As good as this success is, it is also an excellent sign for the coming NAFTA negotiations," Bode said. "Today's announcement sets a thoughtful tone and positive posture for modernizing NAFTA."

U.S. Sen. Joni Ernst, R-Iowa, who had previously sent Ross a letter stressing the need for a solution to the ongoing dispute, issued a statement Tuesday applauding the deal, calling it good news for corn producers.

"The outcome of these negotiations is important to Iowa, as we lead the nation in the production of corn, and are a large corn refiner with multiple processing facilities in our state," Ernst said in the statement. "With this in mind, I'm pleased the Commerce Department was able to find a solution to this dispute. Identifying common ground and avoiding retaliatory measures is a step in the right direction, and sets the stage for the upcoming negotiations on other bilateral trade measures."

"This agreement protects American workers and consumers and marks a dramatic improvement for the U.S. sugar industry," Perdue said in the statement. "The accord sharply reduces the percentage of Mexican refined sugar that may be imported into the United States and also lowers the polarity dividing line between refined and raw sugar. We also achieved better pricing agreements for the industry. And significantly, the agreement requires that raw Mexican sugar be shipped flowing freely in the holds of ocean-going vessels, rather than being shipped in packages or by land.

"Finally, it is of great importance that USDA will have the flexibility to protect the U.S. sugar industry by making polarity adjustments in the event of extraordinary or unforeseen circumstances," Perdue said.

Asked about the unwillingness of the U.S. sugar industry to accept the agreement, Ross said, "The two governments have reached agreement in principle. We have to reach a definitive agreement, and we hope they will come on board." 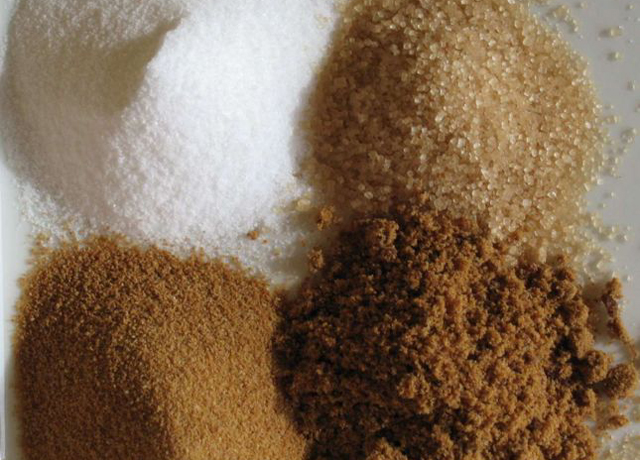