OMAHA (DTN) -- The U.S. Senate on Monday voted 82-13 to confirm Iowa Gov. Terry Branstad as the next U.S. ambassador to China.

Earlier in May, members of the U.S. Senate Foreign Relations committee held a two-hour hearing to gauge Branstad's positions on China in relation to trade, intellectual property rights, the rising military threat from North Korea, China's record on human rights and freedom of the press.

Not far from Branstad's lips was the need to continue to open market access to U.S. agriculture products in China, including beef, chicken and distillers grains. Although China agreed to allow beef imports, a number of technical issues have slowed progress.

Sen. Joni Ernst, R-Iowa, said Branstad's experience with China is a reason to support his nomination.

"I am confident my friend and Gov. Terry Branstad is the right person for the job," she said. "Importantly, Gov. Branstad knows China and its leaders well. He has had a front-seat view of China. He's prepared to tackle many other bilateral issues we have with China."

"He has been a champion for Iowa," Grassley said. "His nomination should come as no surprise to the people of Iowa" who have all "benefitted" from Branstad's relationship with China.

Branstad will face a number of issues as the next ambassador. For years, Chinese companies have essentially stolen American intellectual property, including in agriculture.

Back in October 2016, Chinese citizen Mo Hailong, a legal resident of the United States who worked for a Chinese conglomerate, was sentenced to three years in prison for stealing seed technology from Iowa farmers.

As ambassador to China, Branstad said he will work with the Chinese to convince them of the need to protect intellectual property for both American and Chinese companies.

Branstad has a long friendship with China President Xi Jinping, who visited Iowa in the 1980s as part of an agribusiness venture. That relationship is seen as Branstad's primary appeal as the next ambassador to China.

"We cannot understate the importance of maintaining a good trading relationship with China, along with all of our top exporting countries, and having Gov. Branstad in place will help ensure that agricultural trade remains a top priority between our two countries," Moore said.

Craig Uden, president of the National Cattlemen's Beef Association, said in a statement that Branstad is "ideal person to help facilitate the U.S. beef industry's return to the Chinese market for the first time in 13-plus years."

Renewable Fuels Association President and Chief Executive Officer Bob Dinneen said in a statement to DTN on Monday that Branstad's experience will be in the best interest of agriculture and biofuels.

"As the longest-serving governor in American history, Terry Branstad has been one of the most effective advocates for value-added agriculture, farmers and ethanol," Dinneen said.

"Today, with the U.S. ethanol industry continuing its international expansion of ethanol and high-protein feed, we look forward to working with Ambassador Branstad to ensure consumers in China and around the world have access to both the cleanest, lowest-cost and highest source of octane on the planet and cost-effective protein for poultry and cattle."

Growth Energy Chief Executive Officer Emily Skor said her group looks forward "to a great champion for ethanol to serve in this role. This will hopefully be an important first step to re-opening the Chinese marketplace to American ethanol and distiller's grains."

Iowa Secretary of Agriculture Bill Northey said in a statement to DTN that Branstad's relationship with the Chinese president will be an asset to agriculture.

"It is great news for Iowa and for the nation that Gov. Branstad is now confirmed and will soon be in place as ambassador to China. Gov. Branstad is uniquely qualified to serve in this critically important position and will vigorously support our nation's interests." 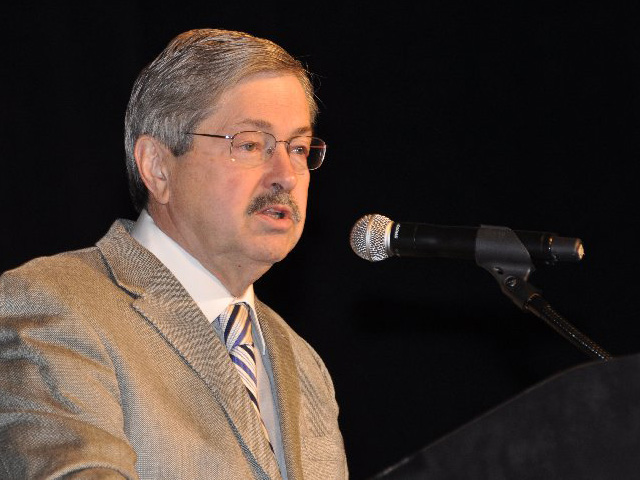