OMAHA (DTN) -- EPA will survive the federal budget year 2017 relatively unscathed, but looming in the background will be President Donald Trump's budget proposal for the agency for 2018.

The omnibus budget bill working its way through Congress would allow EPA to keep nearly all of its current funding through September. The agency will face an $81 million cut and no staff reductions.

Yet as soon as Congress clears the 2017 budget, debate will pivot to 2018. Already, the president is readying the debate as he took to Twitter early Tuesday to say Senate rules need to be change to allow a budget to pass with just a majority of senators approving it instead of 60 votes. Trump indicated he was ready for a budget battle in the fall. "Our country needs a good 'shutdown' in September to fix this mess!" the president declared.

The administration has proposed an overall estimated 31% cut at EPA. The overall proposed budget would cut EPA funding from about $8.2 billion to $5.7 billion, while trimming the agency's workforce by about 21%.

The steep cuts also are prompting a pesticides industry interest group to get a pesticide registration law reauthorized even if it means increasing the fees that the industry pays to keep the programs running.

Beau Greenwood, executive vice president of government relations and public affairs at CropLife America, told DTN in an interview that the pesticide industry is concerned that continued deep cuts to EPA personnel and grants could make it increasingly difficult to bring new technologies to farmers.

"I certainly think cuts incorporated into funding plans," he said, "could have an impact in delivering registrants' products to market."

CropLife America is pushing the Trump administration and Congress to continue funding levels needed to run the Pesticide Registration Improvement Act, or PRIA.

The industry has agreed to pay millions in fees to support PRIA.

"The industry absolutely is willing to pay fees for services," Greenwood said.

The full House measure passed HR 1029 by voice vote on March 20 to authorize the PRIA for seven years and increase fees on the industry. Greenwood said he is working with the Senate to pass its version of the bill. The PRIA expires on Sept. 30, 2017.

If passed into law, the legislation would allow the EPA to collect up to $31 million in registration fees per year from 2017 to 2023. Currently that amount is $27.8 million.

Though the Trump administration's official budget proposal is due for release sometime in May, a recent EPA memo suggests the agency may be looking to increasingly fund pesticide programs through user fees and fewer taxpayer dollars.

Because EPA's pesticide programs are important, Greenwood said the industry is willing to negotiate with the Trump administration and Congress on what would be a good split between fees and tax dollars.

"Our job is to work with the administration and with members of Congress to make the case for the good work done at EPA," he said.

"We are concerned about the reductions proposed. There is a strong case to be made."

So far, Greenwood said both the administration and members of Congress are listening to the industry's concerns.

"We've had a robust conversation about the need for sufficient funding and we are shifting our efforts to the Senate reauthorization," he said.

Even prior to the Trump administration, Greenwood said EPA's office of pesticide programs already has seen reductions in staff during the past three or four years.

"We have witnessed significant reductions and it has impacted the agency's ability to deliver services," Greenwood said.

Based on an EPA budget memo in March, several agency pesticide programs that deal with human risk and the environment would be eliminated or changed to rely on higher fees collected from the industry. The proposed budget also would eliminate a number of grant programs to states to help states deal with pesticide enforcement.

Categorical grants for pesticides enforcement would take a $7 million reduction from EPA's 2016 enacted budget of $18 million. Pesticides program implementation categorical grants would be reduced from about $12.7 million to around $8.9 million.

CropLife America isn't the only group weighing in on proposed EPA cuts to the pesticide programs. The Environmental Protection Network, an organization of former EPA employees and other government officials, said cuts to pesticide programs could make it difficult for farmers on a number of fronts, mainly due to delays in licensing and bringing new pesticides to the market. Essentially, the group said it would be harder for EPA to assess the risks of a pesticide to human health and the environment.

The proposed cuts also would likely make it hard to protect farm workers and others who handle pesticides, the Environmental Protection Network stated. 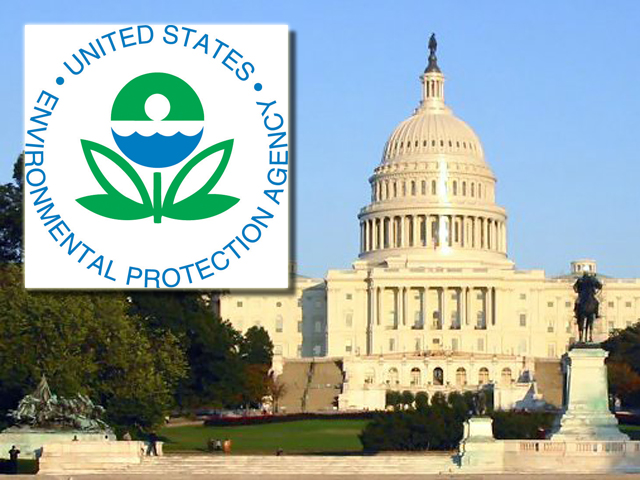