OMAHA (DTN) -- If the tone of Iowa Gov. Terry Branstad's confirmation hearing to be the next ambassador to China is any indication, the nation's longest-serving governor is likely to cruise to approval in the U.S. Senate.

Members of the U.S. Senate Foreign Relations committee held a two-hour hearing Tuesday to gauge Branstad's positions on China as it relates to trade, intellectual property rights, the rising military threat from North Korea, China's record on human rights and freedom of the press.

Not far from Branstad's lips was the need to continue to open market access to U.S. agriculture products in China, including beef, chicken and distillers grains. Although China agreed to allow beef imports, a number of technical issues have slowed progress.

"I want to be able to serve American beef -- Iowa premium beef -- at the embassy and the ambassador's residence," Branstad told the committee.

"I was in on the early stages of opening the Japanese market. We need the same access in China. Mad cow has not been in the United States in 13 years, and that was from Canada."

Actually, the U.S. has had four confirmed cases of "mad cow" or bovine spongiform encephalopathy. The first case in 2003 in Washington State was from a Holstein cow imported into the U.S. from Canada. The last case was in 2012 from a 10-year-old dairy cow born and raised in California.

Branstad told senators he has a long friendship with President Xi, who visited Iowa in the 1980s as part of an agribusiness venture. That relationship is seen as Branstad's primary appeal as the next ambassador to China.

Some members of the committee questioned whether that friendship would be an asset or a liability. Branstad said he wouldn't "be bashful" in bringing up issues with the Chinese that are important to America.

"If confirmed, I hope to use my unique position as an 'old friend' of President Xi and a trusted confidant of President Trump to positively influence the U.S.-China relationship," Branstad said.

The relationship, he said, has helped Iowa expand agriculture exports to China.

Currently, Iowa exports roughly 48% of its soybean crop to China to China along with about $33.5 million in pork in 2016, Branstad told the senators.

"As Ambassador, I will continue the work I started while governor to open up the Chinese markets to American businesses of all sorts," Branstad said.

"This will be good for the American people as it will create more jobs and good for the Chinese people as they will have more access to the best-made products this world has to offer. In keeping with the president's mission, I am also committed to making sure that the trade relationship between the United States and China puts the American worker first."

There are a number of issues Branstad will face as the next ambassador. For years, Chinese companies have essentially stolen American intellectual property, including in agriculture.

Back in October 2016, Chinese citizen Mo Hailong, a legal resident of the United States who worked for a Chinese conglomerate, was sentenced to three years in prison for stealing seed technology from Iowa farmers.

As ambassador to China, Branstad said he will work with the Chinese to convince them of the need to protect intellectual property for both American and Chinese companies.

"I hope I can convince them they need to change their policies and need to be serious about protecting intellectual property rights," he said.

Though President Donald Trump's administration is essentially ending climate policies created by the Obama administration, one senator told Branstad he can play an important role with the Chinese when it comes to renewable energy.

During Branstad's time as governor, Iowa has grown into the largest ethanol-producing, biodiesel-producing and one of the largest wind energy states in the country.

Sen. Tim Kaine, D-Va., and former running mate to Hillary Clinton, told Branstad he supports his confirmation and encouraged him to share Iowa's renewable energy story with the Chinese.

Kaine said the Iowa example shows it is possible to grow a clean energy economy while not hurting the economy.

"What you have done over the years is important to family farms. You can go there with a story. I think you can be an ambassador to the clean energy economy of tomorrow."

Sen. Joni Ernst, R-Iowa, said she believes Branstad's Iowa experience has prepared him to be the next ambassador to China.

"While our bilateral economic relationship with China is certainly important, I don't have to tell you that our list of bilateral issues with China is long and expands beyond trade and investment to include issues like North Korea, the South China Sea, human rights, and more," Ernst said.

Sen. Bob Menendez, D-N.J., said he has struggled to get a grasp on the Trump administration's stance with China. When asked whether he sees the nation as an adversary or friend, Branstad said it is "mixed."

"We need to do everything we can to make them an ally," Branstad said. "I think we have to break the barriers. I want to stress on them that because of changes they made during the past 20 years, they have an obligation to play by the rules."

Brian Jennings, executive vice president of the American Coalition for Ethanol, said in a statement to DTN that his group is fully behind Branstad.

"China has been a top export destination for U.S. ethanol and distillers dried grains, and we look forward to what Branstad can accomplish with China and its people to further develop this marketplace," Jennings said. "Export demand for ethanol is critically important to our industry, especially as we try to remove barriers constraining ethanol use here at home." 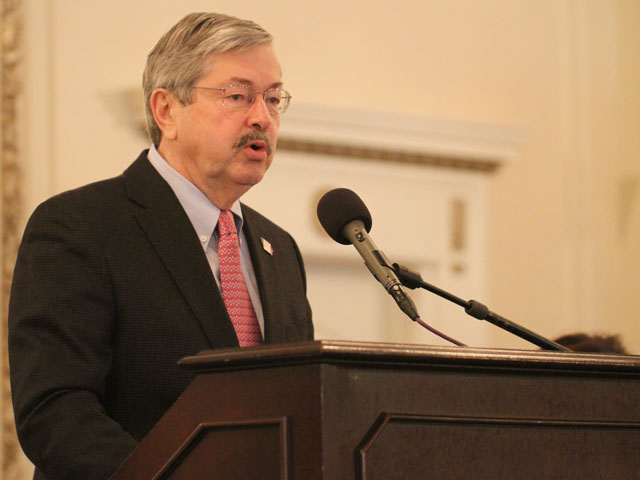