WASHINGTON (DTN) -- The agriculture community has expressed some puzzlement that President-elect Donald Trump has put Washington lobbyist Michael Torrey in charge of the transition at the Agriculture Department, because Torrey was not among the people listed by the campaign on Trump's agricultural advisory committee.

But the connection is clearer when Torrey's employment of Brad McKinney, the son of Indiana Agriculture Department Director Ted McKinney, an appointee of Vice President-elect Mike Pence as governor of Indiana, is taken into consideration.

Hoosiers, including Ted McKinney, are on the list of potential candidates for agriculture secretary, although Texans may be more vocal about their interest in jobs in Washington.

At the agricultural luncheon at the Republican convention in Cleveland, Ted McKinney spoke in favor of the Trump-Pence ticket after most other speakers had urged the attendees to work to elect Republicans but tried to avoid mentioning Trump's name.

As DTN noted in a convention report, Ted McKinney said Pence "has a sense of our culture. He gets the hard part of agriculture." McKinney said that, if Trump and Pence were elected, "American agriculture will be at the fore. It will not be forgotten."

Ted McKinney also noted that Pence has held a governors' conference on agriculture and convinced the FFA (formerly the Future Farmers of America) to bring its annual convention to Indianapolis for at least nine years.

McKinney said that under Pence, Indiana has eliminated the "death tax," a term that the American Farm Bureau Federation and other groups have used in campaigns to reduce or eliminate the estate tax.

During the campaign, however, Democrats noted that Pence opposed the 2008 farm bill on final passage because he believed "that it is fiscally irresponsible and does not contain the kind of reforms in American agriculture that these times demand."

Pence added, "This bill fails to reduce the overall amount of government subsidies to farmers, fails to encourage market-based reforms to the nation's agricultural policy, and fails to promote international trade."

Torrey is highly respected by a broad swath of agricultural leaders ranging from commodity producers to agribusiness to anti-hunger advocates, but his appointment has been noted in the press as an example of the lobbyists to whom Trump is turning after he said he wanted to "drain the swamp" of Washington.

"Michael Torrey, a lobbyist who runs a firm that has earned millions of dollars helping food industry players such as the American Beverage Association and the dairy giant Dean Foods, is helping set up the new team at the Department of Agriculture," The New York Times stated Saturday.

Asked Sunday on CBS' "60 Minutes" about the large number of lobbyists on his transition team, Trump said, "That's all you have down there. They know the system ... but we're going to phase that out."

Another potential candidate for the ag secretary job is former Texas Gov. Rick Perry, who also previously served as Texas agriculture commissioner. Perry said President-elect Trump's team has approached him about taking a job with the administration, and that could be agriculture secretary, according to a report on Texas Public Radio this weekend.

"Just got the call from Trump team, saddle up and ride," Perry tweeted Nov. 9, according to the Texas Public Radio report.

"One thing that Rick Perry has always been good at is connecting with farmers and ranchers. He is one of us, he was involved in farming and ranching in Haskell before becoming commissioner," Hall said.

Sid Miller, the current Texas agriculture commissioner, is also considered a candidate, but he is controversial for a number of reasons. He has proposed returning deep-fat fryers to school kitchens, a practice that the Obama administration has sought to eliminate. A tweet from his office also called Hillary Clinton the "c-word," although Miller has said that was a mistake committed by an aide and recalled it.

Other candidates, mentioned by various media outlets including Politico, include:

-- Chuck Conner, a Hoosier who is the president and CEO of the National Council of Farmer Cooperatives, but has also served as agriculture deputy secretary and acting secretary and as staff director of the Senate Agriculture Committee when Sen. Richard Lugar, R-Ind., chaired that committee.

-- Kansas Republican Gov. Sam Brownback, who is also a former state agriculture commissioner as well as a former U.S. representative and senator.

-- Mike McCloskey, who with his wife Sue, founded Fair Oaks Farm, an Indiana farm that invites the public to visit their operation.

-- Bruce Rastetter, an Iowa businessman, pork and ethanol producer who organized an agricultural summit in 2015 before the Iowa caucuses. 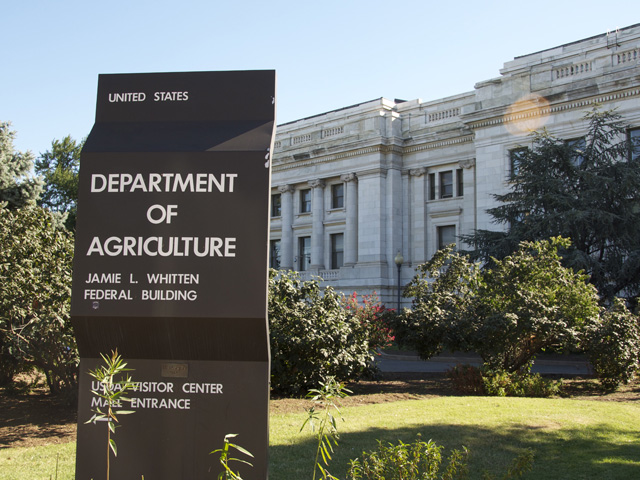