OMAHA (DTN) -- The U.S. Department of Agriculture has sent livestock and poultry marketing rules, which USDA is calling the "Farmer Fair Practices Rules," back to the White House for review. The rules drew both praise and scorn on Friday.

Agriculture Secretary Tom Vilsack sent letters to leaders of various meat and livestock industry groups on Thursday detailing why the rules were advanced. Vilsack wrote that the rules "will seek to help balance the relationship between livestock producers, swine production contract growers, and poultry growers and the packers, swine contractors, and live poultry dealers with whom they interact."

The Farmer Fair Practices actually makes up three separate rules by USDA's Grain Inspection, Packers and Stockyards Administration. Parts of the rules have been under development since the beginning of the Obama administration and led to heated public forums and congressional hearings in 2010 as groups and segments of the industry lined up on opposing sides. Members of Congress maintained the initial proposals went way beyond congressional intent, and the rules had been blocked through language in funding bills until now.

The rules were sent to the White House Office of Management and Budget for review. Once greenlighted by the OMB, the rules will be published in the Federal Register for a comment period. Given the divisions within the livestock industry over the rules, it's also possible these rules could again be delayed or blocked with language in funding bills.

Roger Johnson, president of the National Farmers Union, called on Congress to let the rules move ahead to protect livestock and poultry producers from unfair practices.

"Last year, Congress made the right decision to eliminate the GIPSA provision from the final budget bill, supporting family livestock and poultry farmers who have long-waited for the protections of these rules. We urge Congress to take the same action this year and keep the GIPSA rider out of the omnibus bill," Johnson said.

An interim final rule will clarify the scope of a couple of key provisions in the Packers and Stockyards Act that would make it easier for a livestock producer to sue a packer over unfair practices. In repeated court cases across the country, judges have ruled that livestock producers could not claim damages against a packer because their case "did not demonstrate harm to competition." In some instances, federal courts have ruled poultry operators and livestock producers have no standing to sue even though they claimed the packer's actions drove them out of business. The new rule seeks to loosen the courts' interpretations, allowing producers to sue in federal court when they consider a packer has been unfair or discriminatory.

While the rule on litigation becomes an "interim final rule," two other rules were formally proposed. One rule involves unfair practices and deals with contracts between packers and producers offering special premiums that could create undue pricing preferences. This proposal set off a firestorm in 2010 because packers and feeders claimed it would disrupt the increasing number of contract arrangements that packers use to lock in a steady stream of fed cattle directly contracted from feeders. The rule would set criteria over whether certain elements of these contracts would violate the Packers and Stockyards Act.

Concerning poultry, a third proposed rule in the works will deal with the tournament system in poultry payments. Companies often group growers together and then rank them on performance with those who rank higher getting more pay and those that rank lower getting less. USDA states its rule would set some requirements for companies to determine a grower's payment.

Vilsack stated in his letter the rule would have another comment period before going final. That did not temper the wrath from the North American Meat Institute, which called the livestock rules "remarkably flawed" and potentially costly to consumers, retailers, producers and packers.

"It is irresponsible for USDA to advance this stale six-year-old rulemaking," said Barry Carpenter, president and CEO of the meat institute. "The interim final rule as described will open a floodgate of litigation, up-end the established system for marketing cattle, pork, and poultry in the U.S., and add costs at every step along the process from producers to consumers."

On the other side of the ledger, the National Farmers Union and National Sustainable Agriculture Coalition praised USDA for advancing the rules.

"Livestock producers and poultry growers have been waiting too long for much-needed protections against the fraudulent, anti-competitive practices they fall victim to in the marketplace," Johnson said.

Ferd Hoefner, policy director for the National Sustainable Agriculture Coalition, noted the rules were heavily vetted through 60,000 comments in 2010, leading to the three current rule changes meant to help balance the marketplace.

"Once enacted, these common-sense rules will provide the first real protections in decades for farmers, ranchers, and contract producers," Hoefner said. "These rules will shield thousands of American contract producers against the anticompetitive, retaliatory and abusive business practices, which they have toiled under for far too long."

The National Cattlemen's Beef Association found no redeeming element in any of the rules. Tracy Brunner, president of NCBA, said the rules are "extremely troubling to our industry at a time when we are already grappling with volatile futures markets and a fragile cash trade." Regarding the unfair practices rule, Brunner said the changes would diminish marketing opportunities for producers.

"The fact is that value-added programs have supported higher prices and premiums for producers even when markets are weak," Brunner said. "The GIPSA rules would jeopardize the future of these programs and add litigation costs. Absent a required showing of economic harm to claim preference, these rules disregard a central tenant of our legal system and set out a regulatory framework for harassment based solely on the subjective appearance of preference."

The National Pork Producers Council also expressed concern that the rules would have negative impact on the pork industry as well. The group cited that the rules' use of terms such as "unfair, unjustly discriminatory or deceptive practices" is overly broad and vague.

"While the specifics of the actual rules are not yet clear, we're worried about their impact on the ability of producers to secure financing and to innovate and about them potentially leading to greater vertical integration without offering positive advantages to the industry and consumers," said Neil Dierks, CEO of the pork council. 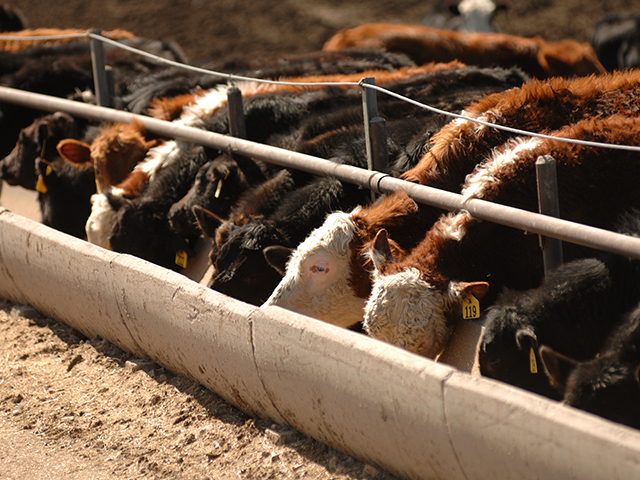