AMES, Iowa (DTN) -- With land prices knocking on all-time highs, off-farm heirs are looking at ways to cash in their inheritance. And these minority shareholders have gained significant bargaining power, at least in Iowa.

In the case of Baur v. Baur Farms Inc., the Iowa Supreme Court recently sided with minority farm corporate shareholders. Its ruling would force the on-farm majority shareholder to buy out the off-farm heir at fair value.

In that case, the off-farm heir complained he was nearing 80 years old and before he died, he wanted to cash in on the family farm he inherited 20 years ago. Over that period, he had received no cash rent, no dividends and could come to no agreement on a price for the family's jointly-owned land. (An attorney for Baur Farms declined to comment on the case, as it is still in litigation.)

"The facts of the case are similar to many farm operations," said Des Moines, Iowa, attorney David Repp. According to court records, the farm corporation was formed in 1966. Now in its second generation, it is owned by two brothers, Jack and Dennis Baur who together own 48% of the farm corporation and their cousin, Bob, who owns 52% of the corporation and manages the farm. Dennis' son is the operator on much of the land.

Jack tried to sell his shares ever since he inherited them from his father in 1989, but the owners could never agree on a price. Operators paid rent to the corporation, but the farm corporation has never paid dividends. All the earnings of the corporation were used to buy more farmland.

When he was in his mid-70s, Jack figured he would never see any return on his inheritance, so he sued and his case ended up at the Iowa Supreme Court.

The Supreme Court said in its June ruling that every shareholder of an Iowa corporation is entitled to a reasonable expectation of a return on investment, or in Jack Baur's case, a return on inheritance. That means minority shareholders, like Jack, need to be compensated.

After 20 years, the Supreme Court said it was time that Jack be paid for his stock. The case has been sent back to a lower court to decide how much the corporation will have to pay for Jack's stock, but the Supreme Court indicated the stock price should not include a discount for lack of control or marketability. Frequently, minority shareholders in closely-held businesses receive discounts of 30% to 45% on their holdings because they are illiquid and can't be traded to outsiders.

"Even with siblings who get along, off-farm heirs are married to someone who is not attached to the farm," explained Kevin Bearley, tax research director for Kennedy & Coe, Loveland, Kan. Their interests need to be addressed and a buy-sell agreement can be an effective way to address this, Bearley added.

The Bauer case validates the use of buy-sell agreements if they are not overly unreasonable. Despite the court's caution, "a 25% to 45% discount is probably okay; an 80% discount is unreasonable," said Repp.

Valuation discount is often a contentious issue between on-farm and off-farm heirs. "That's why I like to spell out the discount in the buy-sell agreement so everyone knows what it is from the beginning," said Repp. Also, it's easier to do when Mom and Dad are still alive and can communicate their intentions to all the children.

It's basically a "penalty provision" for forcing a sale. "If the heirs don't get along, it gives them a way to disentangle their inheritances," added Repp.

If the actual valuation discount is not specified, most buy-sell agreements allow for an "appropriate discount." In negotiations between shareholders, Lynn Lambert, a CPA in LaPorte and Monticello, Ind., said most valuation discounts for family operations in her area fall between 20% to 35%.

On-farm heirs have to be careful. If the minority shareholder can prove that they were "oppressed," the court often disallows any valuation discounts. "It's like a punishment for not treating the shareholder right," said Lambert. The corporation has a fiduciary duty to all its shareholders whether they own 1% or 80% of the corporation, added Lambert.

Stretching out payments on a forced sale is one way to make exits more palatable for the on-farm heir. Lambert adds an installment payment provision in buy-sell agreements. "The remaining shareholders have the right to pay the buy-out in installment payments, in many cases, up to 20 years. That gives the farm corporation the power to decide how to pay off the shareholder and helps with financing," Lambert explained.

What if more than one sibling wants to be bought out at the same time and the operation cannot afford it, even with an additional mortgage? "In the buy-sell agreement, we state that a forced redemption can occur only once every five years," said Repp. "So, the first one to the table gets bought out. The next owner wanting out has to wait five more years."

The surprising thing about the Baur case was the on-farm manager was just following his deceased dad's and uncle's wishes by maintaining the corporation indefinitely for any Baur descendant who desired to farm the land. In carrying out his charge, Bob desired to grow the farm by acquiring more farmland.

The Iowa Supreme Court found that he had not abused his authority as a majority shareholder through excessive compensation or perquisites. Nor did he mismanage the business, waste its assets, self deal or violate any of his duties of due care and loyalty.

The Baur case is a landmark ruling, Repp said, because the majority owner had done nothing wrong and had carried out the wishes of the deceased. But in the end the court found the situation unreasonable to the minority heir.

Editor's Note: DTN's on-going Senior Partners series examines the financial, legal and emotional hurdles families face as they transition farm ownership from the senior to junior partners. To read other features in the package go to InDepth at http://www.dtn.com/…

Join DTN's highly rated family business advisers CPA Nick Houle and mediator Lance Woodbury for "Pass It On!" before the DTN Ag Summit on Sunday, Dec. 8 in Chicago. It's a four-hour DTN University course using farm family case studies to illustrate best practices for transitions with and without on-farm heirs. Details at www.dtnagsummit.com

Elizabeth Williams can be reached at fjecwilliams@msn.com 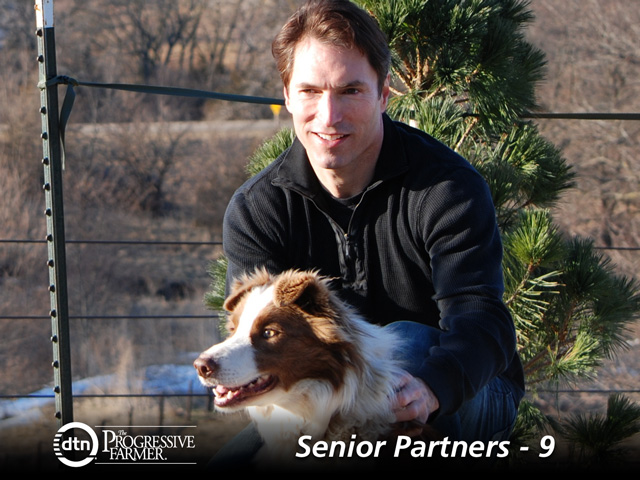