The turn to winter traditionally has us thinking back over the year that was. Here in the DTN/Progressive Farmer newsroom, we're also prone to look back on the accomplishments, the challenges, and the things that didn't turn out as planned. In that vein, we again asked our reporters and editors to look back at some of their favorite stories from the year. The pieces range from hard-hitting investigative journalism, to heart-tugging stories of loss, to the fun discoveries that can be found on farmsteads and small towns. We hope you enjoy our writers' favorites, with today's story by Todd Neeley.

LINCOLN, Neb. (DTN) -- Cattle thefts are not all that uncommon but one case DTN reported on this past year, in particular, got me to thinking: is the Wild West still a thing?

The story surrounding a cattle theft in southwest Texas seemed straight out of Hollywood: A judge in the smallest county in the country -- population 57 -- was arrested as part of an alleged cattle-theft ring. (See https://www.dtnpf.com/…)

This is my favorite story of the year not just because of the details we learned about, but more for what we were never able to learn.

Jones comes from a longtime ranch family and essentially serves as the county manager and judge.

Since Loving County is the smallest county in the country, it means other county officials likely are related to Jones in some way.

We found out firsthand how important that kind of arrangement can be.

In the months following the arrests, I made an information request with the Loving County Clerk's office seeking copies of arrest warrants and other documents as part of a public-records request.

In any other situation a clerk would gladly hand over the materials -- in fact, it's their duty.

Hot dog, I was on my way to uncovering what this story was really about.

Aug. 16 came and went. My attempts to reach the clerk again were met with unreturned messages.

To this day DTN never received the information or even a response from the clerk.

We continue to watch the case, if anything, because it's just plain intriguing.

Major national news outlets including NBC were given copies of arrest warrants and other information.

Other published news stories pointed to what is a long history of family battles and drama connected to Jones' family; all of which would make great fodder for a book, by the way.

Just to review the details we did learn:

Jones and the three men were arrested and booked on multiple felony charges of organized crime and livestock theft, in connection with an alleged estray cattle-theft operation as part of a year's-long investigation in southwest Texas.

The local rancher Jones served as a county judge since 2007.

The association said the charges were in connection with the alleged theft of a total of seven head of cattle including three by Jones and Williams, and one by Alvarado.

So, Jones and Williams each face three felonies for the theft. According to the charges, it is alleged the men were involved in stealing and selling estray cattle.

A spokesperson with the association told DTN the investigation was ongoing and additional charges could be filed.

In Texas, theft of one head is an automatic third-degree felony, punishable by two to 10 years in prison, up to $10,000 in fines and possible restitution if convicted.

Organized crime charges are based on the seriousness of the underlying charge -- in this case a third-degree felony -- which makes them second-degree felonies punishable by two to 20 years in prison and up to $10,000 in fines.

According to Chapter 142 of Texas ag law, if someone finds estray livestock, that person is required to report it to the sheriff of a given county. A sheriff is then required to notify the owner of an estray animal that it has been found on private property.

Jones is the owner and operator of P&M Jones Ranch, which was founded in 1953 by his father, Elgin "Punk" Jones, and mother, Mary Belle Jones.

Jones is not a registered lawyer, according to the Texas Bar Association. In Texas, county judges oftentimes are not lawyers but serve as the head official of a county. Jones was sworn in as judge in 2007.

The Texas Commission on Judicial Conduct in 2016 issued a public warning to Jones, regarding illegal rulings issued by him in connection to multiple speeding tickets.

According to the commission, Jones offered a one-time deal to first-time speeding offenders to allow them to change their citations to illegal parking.

The commission said in its findings that from 2009 to 2014 "at least 90 citations had been changed, but that some of the citations that were changed were for charges other than speeding."

The commission concluded that Jones "failed to comply with the law and/or failed to maintain professional competence in the law by entering judgments finding defendants guilty of 'illegal parking' violations that were not supported by a proper complaint or probable cause, and imposing fines for these 'illegal parking' offenses in excess of amounts allowed by law."

Susan Hays, the Democratic nominee for Texas ag commissioner, once represented a Loving County Commission candidate in an election recount before Jones' court.

"With a six-figure income in a community where it costs nothing to live," she said, "How greedy can you get? You really would risk your position, your job, your freedom for a few head of cattle?" 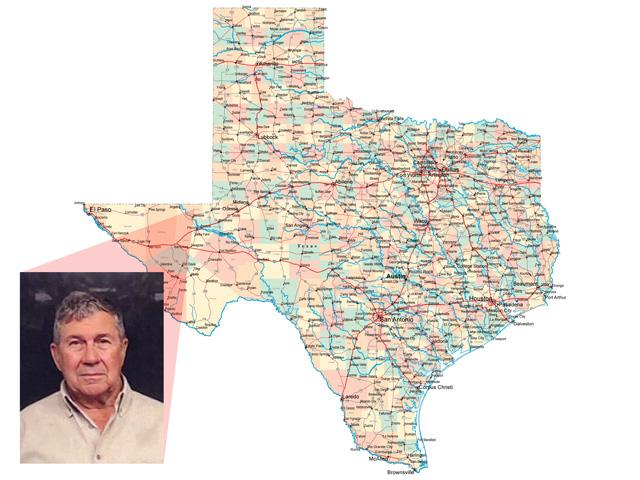