DECATUR, Ill. (DTN) -- Luke Garrabrant wishes he had an agricultural crystal ball. While it would be nice to see into the future on uncertainties such as weather and commodity prices, few things cause him more consternation than the surge of green energy projects and other pressures for land where he farms in central Ohio.

Only 26 years old, Garrabrant can't help but wonder what the agricultural landscape will look like and what opportunities will remain for someone like him in the decades to come -- someone who prefers to make a living harvesting the sun through crops, not solar panels.

Marc Arnusch is struggling with similar surface land demands. While he knows that money often talks and what is a threat to one can be opportunity for others, the Colorado farmer also feels the pull to protect his heritage, particularly since the farm has begun welcoming the next generation.

Such discussions are as old as time. Farmland has given way to lakes, suburbs, and whole cities over the years. In this week's segment of DTN's View from the Cab, Arnusch and Garrabrant provide thoughts about how current efforts are touching their farms. The weekly segment follows the two farmers, who volunteer their time, throughout the growing season. This is the 17th segment of the series.

Their discussion is more poignant this week with the passage of the Inflation Reduction Act, a $739 billion bill that focuses on spurring renewable energy and reducing greenhouse-gas emissions. A portion of the spending includes programs for climate-smart agriculture and rural renewable energy. Additional tax credits go to incentivize things like wind turbines and solar panels.

This week the farmers also talk about crop progress as they mentally begin to gear up for harvest and how things might just be a tad on the late side this year.

Solemn thoughts aren't where Arnusch dwells. Admittedly, it's taken some fortitude to keep optimistic in the face of a withering drought and the Colorado Rockies standing dead last in the National League West division.

Still, Colorado State University football is right around the corner and if that isn't enough to be happy about, Arnusch Farms received a surprise 2.3-inch dump of rain this week. It all came in one hour, so a bunch ran off, but enough stuck around to give a boost to the milo crop and attitudes.

"To put that into perspective, we received more rain in 45 minutes of that downpour than our total for three months prior," Arnusch said. "For a few minutes it felt like I was a Midwest farmer."

It was the shot in the arm, at the right time, for the milo. "Our milo is in early pollination stage and some of the early plated milo is at early grain fill. I feel very good about where we are at with that crop, both dryland and irrigated," he said.

Corn is more of a question in his mind. The crop is custom chopped at 60% to 65% moisture. "In a normal year, we would be chopping around Sept. 7, but my last three checks have us chopping Sept. 23," Arnusch said. Shhh ... don't even mention that a prior Sept. 15 freeze sits frozen in his memory. Snow in late September isn't all that unusual in his area, either.

Arnusch farms in Weld County amid oil and gas country. Weld County produces 84% of all crude oil production and 52% of natural gas production in Colorado. So, questions of infrastructure are nothing new.

"We interact with oil and gas all the time. The footprint of oil and gas operations take up two to three acres on the edge of a sprinkler system or perhaps a five-acre pad in the middle of a dryland field," he said.

However, multiple solar companies are now knocking on farm gates in the region looking to build some 300 megawatts of power generation.

"If landowners agree, they essentially euthanize their farms," Arnusch said. "The money sounds good, and essentially everlasting (50-year lease agreement), but it will destroy the region forever, in my opinion.

"This is the first time in my farming career that I've experienced competing interest for farmland from the energy sector. With solar, they need that entire surface," he stated. On some farms he will have some influence to say what happens and on others, he will not.

"Some landowners will decide to move ahead with solar, and when they do it closes the chapter, at some level, on the farming heritage in Eastern Colorado. That's not something you make a knee jerk reaction on," he said.

With water resources dwindling, the question becomes even more murky. It leaves Arnusch and farmers like him in the region asking what is the best use of this land? Is it still production agriculture? Is it solar? Is it wind? Is it a hybrid of all of the above?

"Can we transition agriculture locally to the point that we don't need to consider these competing interests for the surface land to preserve our farms? That's a tall order and I don't have quick answers," he admitted.

Those opportunities often look different depending on where you are in your farming career, he added. "For those like my son and niece and nephew who are just getting started, they are not just competing with other farmers for land, and with Mother Nature to make that land produce, but now they must deal with the energy sector too.

"Ultimately, it may mean the next generation will be forced to look to farm elsewhere," he added. Looking to farm in another location is difficult, since the emotional ties to this area are strong.

"When we thought of solar in the past, we thought of it in the desert of Arizona or the pasture grasses of eastern and southern Colorado. We weren't thinking prime agricultural lands. Three years ago, this wasn't even on our radar," Arnusch said.

"But the reason energy companies are coming is our infrastructure -- utility lines, transmission lines, three-phase power, and close proximity to urban users. My community checks every box," he added.

"But on the other side, there's loss of that surface. Loss of feed ingredients. Loss of market opportunities. There's loss of identity. I think the cons are greater than the pros and there's likely a more logical way to approach this issue. But I'm also looking at things through the optics of a farmer and know that my voice is biased," he admitted.

"I also believe and trust that people will make good decisions when eyes are wide open, the facts are in front of them and they have a set of priorities," he added.

Making sure farmers are at the table as part of the stakeholder process is critical, he said. Making sure all his partners in the farm are engaged in the conversation is just as critical.

"We're in the process of asking ourselves if this is an option on water-limited or under-performing farms. Where does it make sense? What are our options?

"We don't have the answers, but we are approaching it as a family. That doesn't always mean every family member can veto the ultimate decision, but they are all part of the process," he said.

As an independent farmer and a young one at that, Garrabrant feels similar pressures and admits that they cause him some sleepless nights. Wind, solar, houses and manufacturing being built by Intel Corporation are all squeezing land availability in his area.

Many might consider him lucky to have possible opportunities headed his way as land builds in value. However, Garrabrant leases a fair amount of his operation.

He and his wife, Paige, are renovating the farmhouse of their dreams and trying to build a future for their family around farming. He can't remember ever not wanting to be a farmer.

"I want to build a farm shop in the next few years and I'm not even sure where to put it, to be honest," he said.

A large solar project is proposed within five miles of his main farming operation. "There are so many green energy projects around that I've lost track," Garrabrant said.

"Some of the numbers I hear floating around, I can't blame people for signing up, but it definitely is putting pressure on land availability," he said.

"On the other hand, there might be situations where a farmer wants to retire and takes that deal and has a few hundred acres left over that he leases out because it isn't enough to farm himself. Maybe, just maybe, he might look for young farmer like me," he said, hopefully.

Like Arnusch, he finds it hard to not let his farmer soul enter thoughts regarding these projects. "It kind of kills me to see good productive land covered up. It seems we could be a little more creative and find ways to do this without taking the best land in the state out of production," Garrabrant said.

"I understand the need for green energy, I just wonder if we're going about it the right way," he added.

Perhaps it is the length of the commitment that adds to his unease. "I look at those arrangements and they are 30 or 40 years and it suddenly dawns on me that that spans the most productive part of my work life, as well," he said.

"A lot is changing in this area and it's getting tough to navigate. It's just a matter of how far is it going to go and how do I include that in long-term plans," he added.

For now, he'll control what he can control. Harvest is coming. The combine needs going over. He wants to be ready when the crop is ready because it will likely be a tad late.

The yield prognosis is good though. "The corn ears I've pulled are 16 to 18 around and 36 kernel rows deep. I've not seen any pollination problems," he said. Weather conditions were ideal during pollination in his area. Leaf diseases are absent so far.

"We're starting to get a little dry, but predictions are good for the weekend. Now those kernels and pods just need to fill," he said. 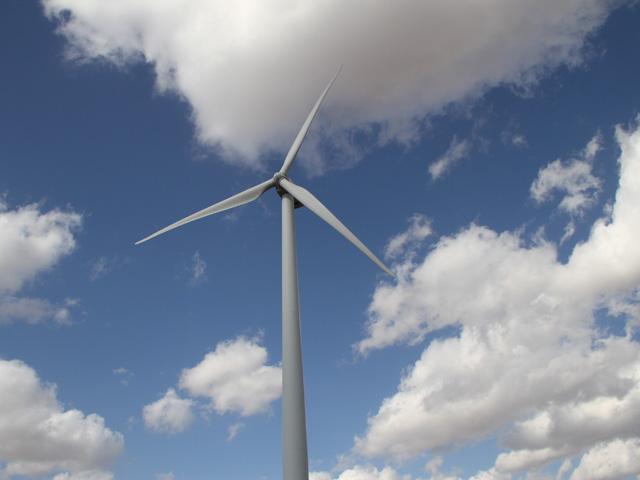