2021 was a wild one, from a tumultuous change in the White House, to continued La Nina influences on the weather, to skyrocketing fertilizer and input costs. There were also a lot of good stories to tell. As the calendar year comes to a close, we asked the DTN/Progressive Farmer writing team to pick their favorite effort from the year. The stories range from fun insights into ag entrepreneurs to serious investigations into the unintended consequences of popular production methods, to life lessons learned along the way to telling the tale. Each story also includes a link to the original story, in case you missed that. Enjoy a look back, with our fourth story shared by Joel Reichenberger.

I was planning a reporting trip to New York when, in my research, I stumbled across a farm brewery. I like breweries and I grew up on -- and continue to write about and photograph -- farms. A farm brewery seems like my kind of place.

More seriously, the idea of a farm brewery -- where the ingredients in the beer are grown on the farm -- touches on something I love to write about: farmer ingenuity.

I grew up on a wheat farm in south-central Kansas, and we simply hauled our grain to town, truck after truck, until there was no more. Diving into reporting with DTN and Progressive Farmer has opened my eyes to just how crafty farmers can get marketing their crop. There's more to the world than hauling it to the elevator.

Turning a crop into beer on the very property where the crop grew? Brilliant! What a great way to use the land and pad the bottom line. I had one problem, though. The brewery in New York would not return a call. I left message after message by phone, sent emails and even tried to ping them on Facebook, all to silence.

I went about my reporting trip, but I didn't forget the idea.

The Colorado Farm Brewery is just outside Alamosa, Colorado, close to my headquarters in Steamboat Springs, at least as far as agriculture stories are concerned. And it was exactly what I'd hoped.

Jason and Josh Cody act as the faces of the business, but there's plenty of family and even a few neighbors involved. The most accessible thing they do is the brewery, where they have eight to 10 of their beers on tap, several of which are "estate beers," meaning every ingredient is from the 300 acres surrounding the taphouse. That includes the hops, the barley, even the water, pumped from below, and yeast, a strain specific to their farm.

They're likely the only brewery in the country that truly sources 100% of those select beers from their property.

It all goes far deeper than a brewery, though. The Cody family has become one of the world leaders in creating craft malt, mostly from their barley. They stay even busier with that than they do slinging beers, shipping all around the country with much of it ending up in small-batch whiskeys from custom distillers.

Sometimes you show up to report a story and you have to dig deep to find the interesting nuggets, or details are only revealed after long hours attacking Google. Not on this assignment. The more we talked, the better it got. Nearly everything about their business is uber-local and has a family history. The building that's now their taphouse was the machinery shop when their grandfather ran the farm. Their first malting equipment went into the dairy barn. Even the tables and the bar top are crafted from storm-felled trees planted by the original homesteader, Jason and Josh's great grandfather, Pappy Ray Cody.

Pappy Ray had started the family on its path by signing contracts to grow barley for Coors Brewing Company. The family's footprint swelled in the valley during the next few decades, but by the early 2000s, that business couldn't pay the bills and the family was all-but-decided to sell the last bit of land it retained.

They decided to adapt rather than sell, however, and by the time of my visit, the Cody's legacy in Colorado's San Luis Valley was as healthy as it had ever been.

For me as a storyteller, there's nothing better than farmers doubling down on their own ability and ingenuity to save the farm and provide for a new generation. That's why it was the best story I wrote in 2021. Oh, and there was beer there. 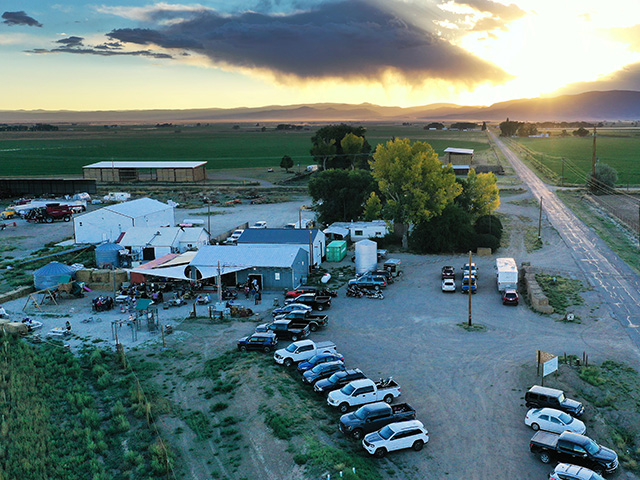