OMAHA (DTN) -- A new class-action lawsuit seeks compensation for farmers and other property owners who suffered property losses from repeated floods on both sides along a 240-mile stretch of the Missouri River.

The lawsuit is seeking compensation for a class of farmers from Burt County in northeast Nebraska to Leavenworth County, Kansas, after a federal judge in December ruled the U.S. Army Corp of Engineers took land from three farmers without just compensation.

The lawsuit filed in the U.S. Court of Federal Claims piggybacks on the successful case involving three bellwether cases that include St. Joseph, Missouri, farmer Roger Ideker and two other farmers.

"Accordingly, the benefits of proceeding through the class mechanism, including providing hundreds of injured persons and entities with an efficient method of obtaining redress for claims, substantially outweigh any difficulties that may arise in management of this class action," the new lawsuit said.

Earlier in December the court ruled the Corps of Engineers violated the Fifth Amendment to the Constitution by not compensating the three farmers after repeated flooding in the basin took farmland out of production. That case remains subject to appeal.

The court, however, ruled against compensating farmers for crop losses.

The new lawsuit on behalf of more than 60 plaintiff landowners in Kansas, Missouri, Nebraska and Iowa, seeks just compensation from the U.S. government for violating the Fifth Amendment. In addition, the lawsuit seeks to create an entire class of landowners with similar claims. In all, the class could include hundreds of farmers and other landowners.

On Dec. 14 the court ruled the repeated flooding led to the taking of permanent flowage easements along the river.

The court also ruled Corps' changes to the management of the basin led to repeated flooding from 2007 to 2014.

"Many along the river have been hurt and deserve to be compensated," lead counsel for the plaintiffs R. Dan Boulware said in a statement.

In her ruling earlier in December, Judge Nancy Firestone ruled changes made to basin management by the Corps of Engineers in 2004 was to blame.

Through it all the Corps of Engineers has maintained it has been following its master manual.

Boulware told DTN in an interview he hopes the ruling will lead to changes in how the Corps of Engineers manages the basin.

Though the December ruling granted compensation to three bellwether cases, Boulware said there are hundreds of farmers in the basin who suffered damages. Bellwether cases are those determined to be representative of all other cases.

The court concluded the representative tracts were reduced in value by 30% from changes made by the Corps in the management plan.

The amount will be collectible only on lands where a taking occurred.

Though an expert testified at trial that Ideker could receive anywhere from about $23.9 million to $26.2 million in compensation for damage on his 1,493-acre tract of land, Boulb three cases.

Firestone ruled in 2018 that in five of the six years in question dating back to 2007, the Corps of Engineers violated the Fifth Amendment by not compensating farmers for flood-damaged land. She disallowed flood claims from 2011. 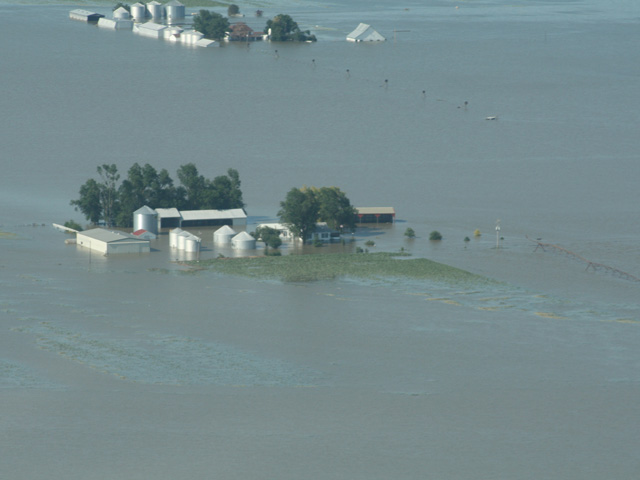