Brenda Frketich, who farms near Woodburn, Oregon, is highly active in agricultural state politics. She is a strong supporter of President Trump. "I appreciate his emphasis and appreciation for farmers," she said. "I appreciate his emphasis on streamlining regulations, rolling back WOTUS (waters of the United States regulations) and including us in the conversation. I doubt we'd have that (seat at the table) with Biden."

The survey does show indecision and dissatisfaction in rural America. Eleven percent of rural adults are undecided about their choice for president. Forty-two percent of rural residents and farmers strongly or somewhat disapprove of the president's job performance.

P.J. Haynie will vote for Biden. "The primary reason," Haynie said, "is the markets when Joe Biden left office (as vice president). "Beans were $12, corn $4.50. The markets were better."

Trade is an issue that lands Haynie in the Biden camp. "Other countries don't take us seriously under (Trump's) leadership. (Biden) has been there. He knows how to get us back." Haynie farms near Reedville, Virginia and is chairman of the board with the National Black Farmers Council.

As does Haynie, rural adults have concerns about the state of American agriculture. The Virginia farmer sees disparity in USDA programs that don't adequately target minority farmers, for example.

BETTER OR WORSE OFF?

The number of farmers with no profits to spend this year (21%) is similar to the number (18%) observed in a 2016 Zogby Poll commissioned by DTN/Progressive Farmer. Fifty-four percent strongly/somewhat agree that farming and ranching has been a profitable business over the past four years. But 42% would somewhat/strongly disagree.

"There have been some troubling times," said Ryan Bivens, a first-generation farmer growing corn, soybeans and wheat near Hodgenville, Kentucky. "We knew we were going to take a hit" as a result of the U.S.-China trade dispute. The Market Facilitation Program (MFP) helped offset some of that trade-related damage. Bivens is hanging with Trump. "Biden/Harris just scare me," he said. "(Kamala) Harris is from California and she's pretty uneducated about modern agriculture. Trump does stand up for us. He has very much proved he is supportive of agriculture." 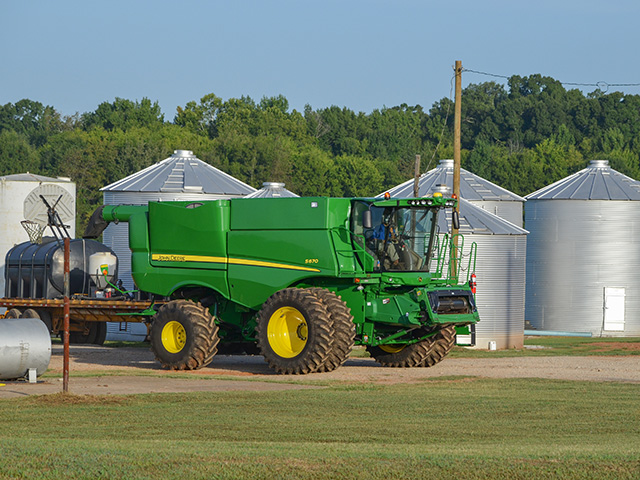