"The world is concerned about coronavirus, including people here, and how that's going to affect their markets," National Corn Growers Association president Kevin Ross told DTN. People and animals will always need to eat, and currently biofuel consumption is primarily domestic, so the current, direct impacts on agriculture are small. "Now, that said, there are a lot of other issues outside of that from a macroeconomic standpoint that are problematic. At least that's what the markets believe."

Concerns about the coronavirus have made ripples through global markets over the past week, including agricultural commodities, as new outbreak centers emerge and scientists scramble to understand how the virus spreads.

"We have pork sitting in ports and in freezers over there. We have pork over here we're waiting to get shipped. There are soybeans we can't get unloaded," he said at a press conference on the convention's sidelines. "It's all about timing, and what does the consumer switch to when they get back to work and they get back to a normal diet? Do they go back to what they were (eating)? Or do they stay back and be conservative? That's a big question and we're trying to gather those facts and make a plan for it."

Sam Taylor, vice president of farm inputs at Rabobank, said it's taking a while for the supply chain disruptions to come into focus. At first, there was a quarantine and then the Chinese New Year. Many people return to their home villages for those celebrations and are just now being allowed to travel back to the cities where they live and work.

Hubei province, where the outbreak originated, is a large producer of finished phosphate fertilizers, and restricted travel is taking a toll on output.

"We believe about 55% to 60% of the plants in Hubei province are off production. The rest -- some are running at capacity; the rest are running at below utilization."

The industry currently expects the production setbacks and issues to resolve by the end of March, he said. In the meantime, it could create a divergence in fertilizer prices, with phosphates going up while ammonia-derived fertilizers like urea and UAN decline.

"China is a massive importer of Russian ammonia for industrial purposes like clothing, chemicals and stuff like that," he said. With their industry running at lower than average rates, it could result in an excess supply of ammonia, which could in turn put downward pressure on nitrogen prices.

"I think you want to engage with your retailer as early as possible to shore up supply (of phosphates), because if this drags on, there could be some price concerns," he said.

Longer term for the inputs industry, Taylor said the coronavirus outbreak could cause companies to reconsider whether it's wise to rely so heavily on one country, perhaps sparking fertilizer production expansion in other parts of the globe.

"So we don't really know how this going to pan out, and it's all under supposition that it's not in North America," Taylor said. If there is a domestic outbreak, focus will likely shift to protein demand. People will likely eat out less often, and with proteins playing a key role in the phase-one trade deal with China, a shift in demand means "we could end up with a massive glut if it reaches North America and that could be really concerning."

If the virus outbreak evolves into a pandemic, a pullback in the global economy could happen sooner or be more severe than economists currently expect, and that could have ripple effects.

"Maybe it sparks some Chinese stimulus," he said, adding that China's economy grows at about 6% to 7% annually. "From the economists I speak to in China, they say it's a doughnut. Zero. It has no growth, and that's just unprecedented in China. So, if they want to maintain power, control over the populace, they will need to loosen the purse strings at some point."

That, in turn, could spark other economic issues like inflation. "China is now such a large part of the global economy that whatever happens there will reverberate," he said.

No matter which way this virus outbreak plays out, it has the power to cause profound change.

"I think if you fast forward thirty, forty years, this will have a much more transformative effect than we necessarily realize, sitting here now talking about whether a farmer in Iowa is going to pay more for fertilizer," he said. 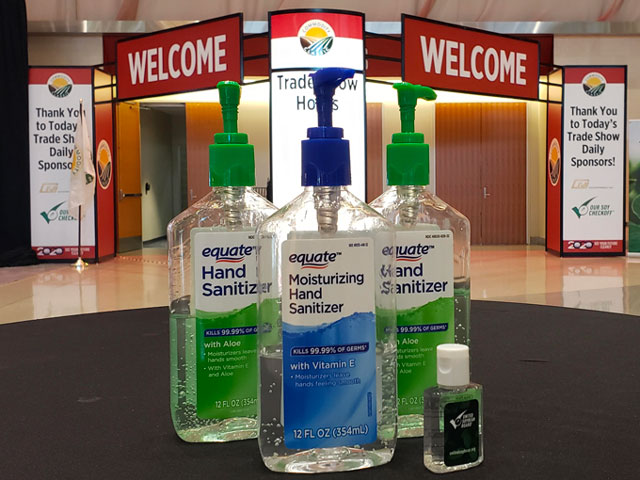