CHICAGO (DTN) -- Rural America is ripe for investment, yet barriers to capital markets, including a fear of venture capital, have led to a gap in financial infrastructure that makes it more difficult for private dollars to finance new opportunities.

"The normal rules that we're taught in business school and college and in our professions don't seem to work across broad sections of rural America," said Matt McKenna, who focuses on recruiting private sector investment in the rural economy though the Rural Opportunity Initiative at Georgetown University.

In general, farms aren't the type of businesses most venture capital firms are interested in. Instead, most are looking to invest in an idea with high potential for growth.

During a presentation at the 13th annual DTN Ag Summit earlier this month, McKenna explained the perennial challenges investors run into when trying to finance rural America: conservative borrowers, a gap in financial awareness and scale.

A prime example of the conservative nature of rural America is water loans funded through the Rural Development branch of the USDA. McKenna said it costs, on average, $5 million to $6 million for a city to convert from well to tap water, which has been proven over time to attract new economic activity, such as new businesses and housing. A bank loan for that type of project might carry an interest rate of 7% to 8%, compared to the 2% to 3% USDA can offer because of the government's subsidization. It's a difference of about 400 basis points, McKenna said.

"From my point of view, that's pretty close. Nonetheless, the waiting list for these loans is almost five years long," he said. "The low cost was more important than the long-term benefit."

In addition to a willingness to wait for very attractive federal financing, McKenna said rural borrowers don't spend much and would rather not borrow money if they don't have to. They'd also rather not incur a long-term debt obligation when short-term will do. That makes a tough nut for venture capital to crack.

Financially, there's a knowledge gap in rural America, McKenna said. It's not uncommon for small businesses to have higher valuation expectations than venture capitalists. For example, Open Prairie -- a private equity fund in which McKenna is a partner -- considered investing in an aquaculture business that used some unique technology, but the family that owned it thought it was worth far more than Open Prairie did, so the deal didn't go through.

Another problem is board seats. Most venture capital investors want to have an advisory role, something McKenna has seen sink deals in the past. Investors also have to comply with certain reporting requirements and need regular financial statements, which often pose another hurdle.

The third problem is one of scale. Many venture capital investors are large, with hundreds of millions of dollars to spend. They're often more than happy to make a $500 million loan but can't justify a $5 million loan. "They can't dip to that level because it would require too many transactions to fill their portfolio needs," he said.

While acknowledging the barriers, McKenna argues private equity financing has an important role to play. A study by the Brookings Institution found that 80% of small community banks have closed since 1996. At the same time, larger lenders have stepped away from small business loans.

"From a financial infrastructure perspective, this means working capital loans are difficult to get. Long-term financing is difficult to get unless you're borrowing to buy a tractor or borrow to buy a home," he said, adding that terms offered to rural businesses may not be as competitive as what their urban counterparts can secure.

"Yet at the same time, you read in the paper that investable dollars are at an all-time high, as if there's a mountain of money waiting to be invested." Right now, 80% of that mountain is invested in San Francisco, Boston and New York, according to recent study by the National Venture Capital Association.

Non-profits like Rural Opportunity Initiative are already working to ease the education gap and build awareness, McKenna said, but they can only do so much.

"The financial infrastructure -- can only really be built by the private sector," he said.

Farm Credit banks are already a step ahead of others with their local footprints, but McKenna expects financial technology to make waves in rural financing, too. "J.P. Morgan isn't going to start opening branches downtown, but J.P. Morgan will make credit available through a technology platform that's just being rolled out right now."

A variety of other players are trying to address the need. USDA chartered the Rural Business Investment Company, which was funded with private capital. There are a number of private equity funds like Open Prairie that look specifically to invest in rural projects. Some investors are getting over the problem of scale by combining a number of projects into one venture.

McKenna said he's optimistic about the future of venture capital and private investment in rural America.

"That fear and that wariness (about venture capital) is largely attributable to a lack familiarity, to a feeling that -- what am I going to lose, as opposed to what am I going to gain? And the way to make that conversion is by education, experience and awareness." 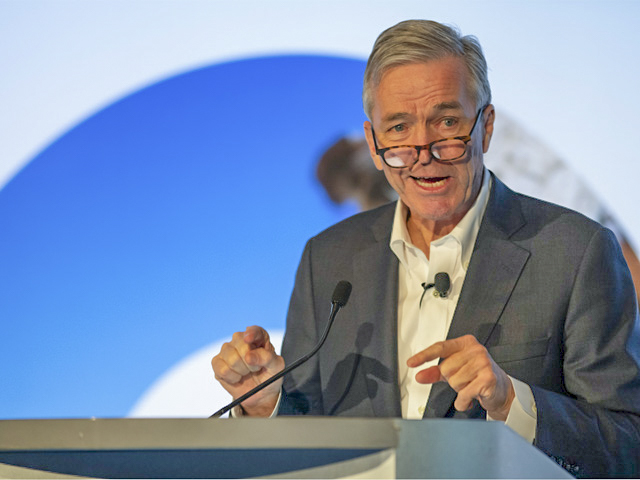