The plaintiff, Michael Sevy, alleges in a lawsuit filed in the U.S. District Court for the District of Minnesota that at least since January 2015, meatpackers have been conspiring to drive down prices.

A similar lawsuit filed by the Ranchers-Cattlemen Action Legal Fund United Stockgrowers of America (R-CALF USA) in the U.S. District Court of the Northern District of Illinois on behalf of four cattle-feeding ranchers in Iowa, Nebraska, Kansas and Wyoming, was voluntarily dismissed by R-CALF USA and then refiled in the Minnesota court.

When contacted by DTN, R-CALF CEO Bill Bullard would not comment on why the lawsuit was moved. The attorney for R-CALF also did not respond to DTN's request for comment.

Both lawsuits allege the nation's largest meatpacking companies engaged in fed-cattle price fixing, unjustly enriched their businesses, manipulated the prices of fed cattle and, as a result, the Chicago Mercantile Exchange live cattle futures and options, and committed a number of violations of the Commodity Exchange Act, among other allegations.

According to Sevy's lawsuit, he would be able to identify the 10 traders through trading records from the CME.

Similar to the R-CALF lawsuit, Sevy alleges that beginning on "at least" Jan. 1, 2015, and continuing today, "packing defendants engaged in a continuing agreement, understanding and conspiracy in an unreasonable and unlawful restraint of trade to allocate the market for, and artificially fix, depress, suppress, or stabilize the price of fed cattle."

His lawsuit alleges the companies' conduct had the effect of "manipulating the prices of live cattle futures and/or option contracts traded on the CME" in violation of the Sherman Act.

"Against this backdrop, fed cattle prices increased steadily between 2009 and 2014 in response to strong beef demand and a shortage of fed cattle following the droughts of 2011 through 2013," Sevy's lawsuit said. "After prices peaked in November 2014, the industry expected the price of fed cattle to stabilize in 2015 and continue at or around that level for a number of years.

"This widely predicted price stability did not occur. Instead, packing defendants used their market power, price sensitivities, and the thin cash cattle trade to their advantage and embarked upon a conspiracy to depress fed cattle prices."

As is the case with the R-CALF lawsuit, Sevy's action requests a trial by jury and seeks punitive damages and restitution.

In a statement to DTN, Cargill said it denies the claims in Sevy's lawsuit.

"For many years, Cargill has served as a trusted partner to American cattle ranchers, committed to supporting their family farms and livelihoods," the company said. "We believe the claims lack merit, and we are confident in our efforts to maintain market integrity and conduct ethical business."

A spokesperson for Marfrig told DTN the company would not comment, as it had not officially been notified of the lawsuit.

Other companies named in the new lawsuit did not respond to DTN's request for comment.

In its lawsuit, R-CALF USA alleges the packers conspired to "suppress the price of fed cattle that they purchased in the United States," beginning on Jan. 1, 2015, and continuing to the present, https://www.dtnpf.com/….

Both lawsuits said fed-cattle prices increased steadily between 2009 and 2014, as a result of demand and a shortage in fed cattle following the droughts of 2011 through 2013. 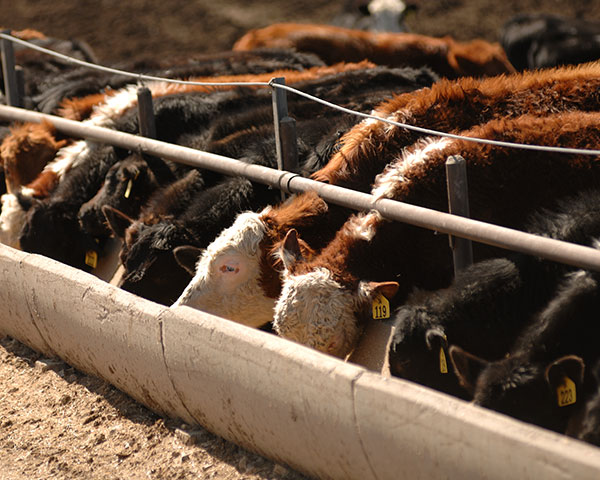