DECATUR, Illinois (DTN) -- The first thing I do most mornings is head to the back porch with a steaming mug of coffee. I watch my Golden Retriever, Lucy, sniff out the rabbits, raccoons, deer and occasional fox that have visited overnight. And I alternately sip and breathe in the scent of the season.

This week I noticed something different wafting on the breeze. In fact, it was so strong, that I came in and asked my husband if our air conditioning unit might be leaking or if he had used chlorine bleach somewhere. Yeah, that might involve cleaning, so it was a longshot.

Turns out it was ozone. No, my head isn't totally in the clouds and our own DTN weather wonder Bryce Anderson has confirmed this.

"In thunderstorms, lightning splits oxygen and nitrogen molecules, which then recombine to form nitric oxide. This is a free radical and can then form ozone," Bryce said. "Enough ozone can smell similar to chlorine and enough of that smell is a good bet a storm is on the way."

Who needs encyclopedias or gosh, even Google, when Bryce is available?

This rain smell is different than when you step outside after a spring shower and smell those sweet, fresh earthy tones.

That type of scent has an actual name. It's called "petrichor." Turns out a pair of Australian scientists, Isabel Joy Bear and Richard G. Thomas, researched the aroma of rain and in 1964 coined the term -- combining a pair of Greek works: petra (stone) and ichor (the fluid that flows from the veins of the gods of Greek mythology).

In an article in Nature, titled "Nature of Agrillaceous Odor" they reveal the main causes of this distinctive musky smell comes when rainwater mixes with plant oils. Another compound, called geosmin, a metabolic by-product of certain bacteria, is also emitted by wet soil that adds to what our noses identify as the smell of rain.

I guess my steadfast hound isn't the only one that can be led down the inquisitive rabbit hole. But the next time I smell the rain, at least I'll know why. 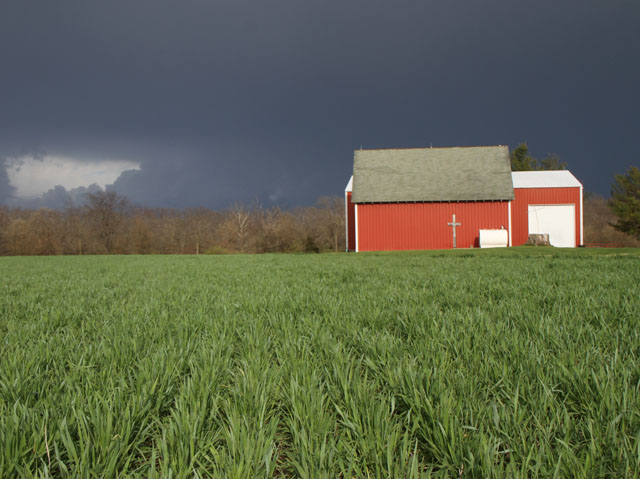