Brit and Brady Russell are starting their life together in the green rolling hills of Burton, Texas, 30 miles from Brit's hometown of Hempstead and just up the hill from Brady's parents.

Brady owns a hay business and raises Brangus cattle, in addition to commuting to his job as an engineer operator in the Houston Fire Department. Brit teaches school and spends her spare moments barrel racing.

Brit is fond of her horses. She is even planning special additions to her new home so she can be closer to them. "We're thinking of building a balcony off of the children's room or game area so we can step outside and see the horses down below," Brit said.

"You and your animals," Brady poked at Brit. "You have five of every kind. You're worse than Noah." They both laughed at this gentle jab, which is taken in stride since they have been active in rodeo and share an affinity for livestock.

The Russells reside on two floors of the metal barn that has six horse stalls under one lean-to and Brady's haying equipment under the other.

Call these structures what you will. They're either barns where people live or houses with extra wings for livestock and equipment. The trendy term is "barndominium." Whatever you call them, they are becoming more popular in rural America.

"I think barndominiums are a trend that will stay and will probably evolve," said Wayne Young, an Accredited Rural Appraiser for Capital Farm Credit, based in Huntsville, Texas. Capital has financed the construction of many so-called barndos, and Young has appraised more than 100 of them.

"Barndominiums started in our area with people who had just bought land in the country and needed a place to keep their four-wheelers or tractors," Young said. "Then, they needed a place to sleep, so they added plumbing and central air, and eventually turned their barn into their permanent home, a weekend home or a retirement home."

Beyond the basic metal shells, beefed-up foundations, plumbing, electricity and windows, barndos take on whatever characteristics their owners dream up.

Some, such as the Russells, place living quarters beside or over a center aisle used for horses or machinery. The Russells are installing their kitchen and living area on the ground floor of their barndo, with bedrooms upstairs. Some add facades of stone or brick. Some structures are simple; others are so elaborately finished that their cost per square foot exceeds traditional homes.

A sampling of barndo owners financed by Farm Credit Banks in the South and Southwest displays a great variety of uses.

A young farmer on the Gulf Coast is living in a combined home and workshop as he works his way into the family business. He plans to move out after he's married, and the barndo will be converted to a farm office and guesthouse. A doctor and her husband in north Texas built a barndo that includes a small apartment as well as gear for his show cattle.

Tom and Yolonda Lovett, of northern Alabama, converted an existing metal barn into permanent living quarters six years ago, when the nationwide economic downturn forced them to sell their traditional home. Now, they live in their red metal home on a bluff overlooking Limestone Creek, and Tom Lovett commutes 14 miles to his businesses in Huntsville. They love the life here and have no plans to move.

"Another individual built the shell, a friend framed it, and I did everything else, including plumbing, electrical, sheet rock and floor," Lovett said. "I had the shell built for a barn. This was an afterthought, and it took me four months to build my part, working late every night. I had to be creative with the plumbing."

He said he would have done things a little differently if he and his wife had planned to live in the structure in the first place. However, the barndo makes a great home for them and their three children, he said. The entire structure is living area, and they've built a separate barn for equipment. They've added a garage and a canning kitchen onto their home, where they process deer and preserve vegetables from the garden.

Back in east-central Texas, Brady and Brit Russell finished their barndo as time allowed.

"We sketched it out, and a company designed the building with AutoCAD and put up the barn shell," Brady said. "Everything else is what we've done. We've been blessed with a 16-month-old son and another child on the way. They will be well into school before we build another house."

"Our kids are literally going to grow up in a barn," Brit said. "They're going to learn a lot of responsibility taking care of livestock. Now, I get up early, walk downstairs and dump feed buckets and listen to my horses eat while I have breakfast."

Wayne Young has appraised more than enough barndominiums to observe how they should be built to hold their quality and value.

-- If you plan to use the structure as a home, choose your builder carefully. "Folks go out looking for barn people to build their house," Young said. "Sometimes, I have concerns for the quality."

-- Start with a home in mind. This begins with the foundation, which should meet the requirements of a traditional home. Up front, the contract and plans for building the structure should be detailed and specific. Building a barn that will be a home should be no different than building a home.

-- Build the home to last in its environment. For example, blown-in foam insulation on outer walls will, when done correctly, prevent sweating.

-- Don't allow the ends of metal panels to rest on the concrete foundation, as this promotes rust along the bottom of the panels.

-- Don't expect to save a lot of money. "The cost of one done right could be equivalent or even higher than a stick-built home," Young said. He has seen these exceed $200 per square foot, pricey for his area. Cost depends on the level of finish. He said one real advantage of metal homes is how long the good ones can last with little or no outside maintenance.

-- Building a home out of steel for half price, as is sometimes advertised, doesn't happen, added Ryan Reichardt, a builder of barndominiums and high-end traditional homes, based in Cat Spring, Texas. Cost savings really aren't there for living quarters alone, he explained. "The advantage of a barndominium comes when you want a residence and have need for additional shop space. You can combine two structures and get the square footage for less money." 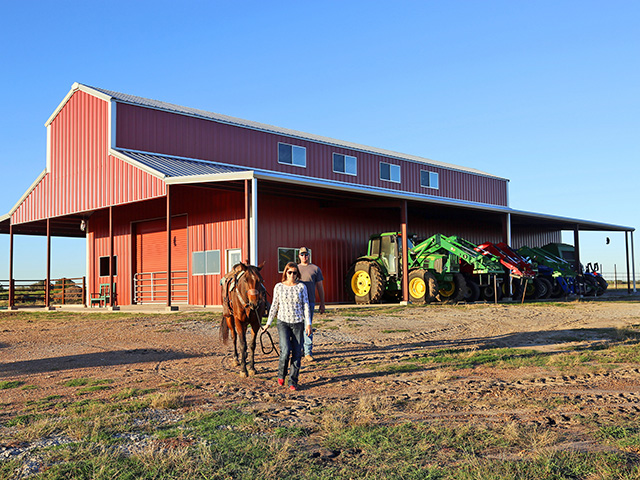