Graduates of a rural high school in the Texas Panhandle find lots of homegrown financial help as they graduate and move on to higher education.

That's due to the generosity of Karl Nielsen, an immigrant farmer from Denmark who passed away in 1984. He left a section of farmland in Hansford County to the Gruver Independent School District (ISD). For nearly 30 years, Gruver ISD rented out the land, and the proceeds contributed up to $25,000 annually to the district.

Then, in 2012, the community had an idea. Could this land produce scholarships? The answer was a collective, "Yes."

It took four years, but beginning with the Gruver class of 2016, 33 graduates shared in the profits made on corn grown on 410 irrigated acres. The scholarship program is a communitywide effort. Volunteers devote labor, machinery and inputs to keep costs low and net profits high.

"This is a tight-knit community where somebody is always looking out for you," said Derik Grotegut, who looks forward to the day when his three kids will be old enough to compete for the scholarships. Grotegut is a member of Ag Partners, a partnership of eight family members and friends who farm together here and have taken the lead on the scholarship farm.

"[In 2016], all the tractor work and diesel were contributed by local farmers," Grotegut said. Other community members donate seed and fertilizer. USA Feedyard donated manure one year and made a deal with the owner of a manure spreader to spread it at no cost. Ag Partners harvests the corn. Other farmers donate trucks. The local John Deere dealer donates a tractor and grain cart, and even brings a combine. A local cattle feedlot pays top prices for the corn.

"I like to say we don't look to the government for handouts. We look out for each other," Grotegut said. By season's end, this Texas community farming effort racks up an out-of-pocket bill of about $200 per acre in input costs, including irrigation expenses.

"If this farm can't make money, no farm can," noted Troy Seagler, who is district superintendent and the son of a local farmer.

Net profits from the last four years have built a grubstake of nearly $2 million. That income has been invested. Its earnings should generate $100,000 annually to each class and pay expenses for growing future corn crops.

"We've been growing the crop for four years," Seagler said. "This graduating [2016] class is the first to receive the scholarship, which pays for eight semesters."

Seagler estimated that graduates received $800 to $3,000 for the fall 2016 semester, the same amount this past spring and the same for the following three years, providing they maintain at least a 2.75 grade point average (GPA).

Profits from the crop provide scholarships to graduates based on points they've accumulated by participating in high school activities. Grads with the highest GPAs don't necessarily earn the most points.

"We're trying to teach kids to get involved, just as our community has gotten involved in the farm," Seagler said. "If you wake up, come to school and make As and Bs, you get a scholarship, but it's not going to be as much as it would be if you're an FFA officer or take another leadership role."

Since this is an agricultural community, there's other value in the school farm, too. Vocational agriculture teachers use their classes for real-life farming lessons. The Deere dealership recently presented a program on guidance systems. Students attend a fall harvest day, where burgers are served and community members are recognized for their contributions.

"We have great people in our community who have given their time and money to help," Seagler said. "I think this has motivated our kids. When you realize you'll get money for an activity, whether it's being a livestock judge or an officer in the National Honor Society, or being in the band, that's an influence. It's given our kids a sense of getting involved and working toward a goal. We're trying to teach kids how to be better citizens wherever their eventual community might be.

"Farmers are making it happen," he adds. "The school is involved, but it's the community doing the work." 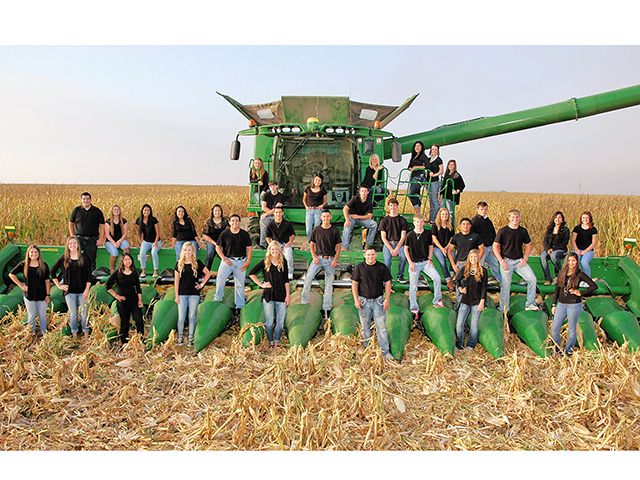