OMAHA (DTN) -- The USDA will open conservation reserve program lands to emergency grazing in response to wildfires in parts of Kansas, Oklahoma and Texas in March, according to a news release Tuesday.

In recent weeks farm communities across the Midwest have come to the rescue for farmers and ranchers, sending many truckloads of hay and fencing materials, and providing helping hands to help recovery efforts.

According to USDA, the fires damaged an estimated 1.5 million acres, destroying cattle, property and grasslands. Seven people also died as a result of the fires.

Farmers in regions of southwest Kansas, as well as the panhandles of Oklahoma and Texas, face a long road to recovering pastures and rebuilding buildings and fences. Affected ranchers face the prospect of having to continue to feed animals as grasslands may take more than a year to recover.

"Ranchers are facing devastating conditions and economic calamity because of these wildfires and they need some relief, or else they face the total loss of their herds in many cases," Young said in a statement.

"These measures will allow them to salvage what remains of their cattle and return to the important business of feeding Americans and the rest of the world."

USDA action is required in order to direct the Farm Service Agency to permit the grazing. USDA said emergency grazing will overlap the primary nesting season of the lesser prairie chicken. Last year the species was removed from the threatened and endangered species list.

The agency said the CRP has procedures in place to permit emergency grazing on protected lands during nesting season. Lesser prairie chicken nesting season runs in Texas from March 1 to June 1, in Kansas from April 15 to July 15, and in Oklahoma from May 1 to July 1.

The USDA provided a summary of the damages assessed to this point, noting that because of continued burning in some regions the damage has yet to be fully examined.

To this point, livestock losses are estimated at between 3,000 and 9,000 head of cattle. Large volumes of hay and feed have been destroyed and damage to fencing in the state is estimated at more than $36 million.

In Oklahoma, the fires caused damage in Beaver, Ellis, Harper, Roger Mills, Woodward, and Woods counties, where nearly 390,000 acres burned. To this point an estimated 3,000 head of cattle have been lost.

USDA places estimated cost damages to structures at around $2 million, with fencing losses of more than $22 million.

"Thousands of miles of fences expected to be a total loss, but so far unable to be surveyed," USDA said in a news release. 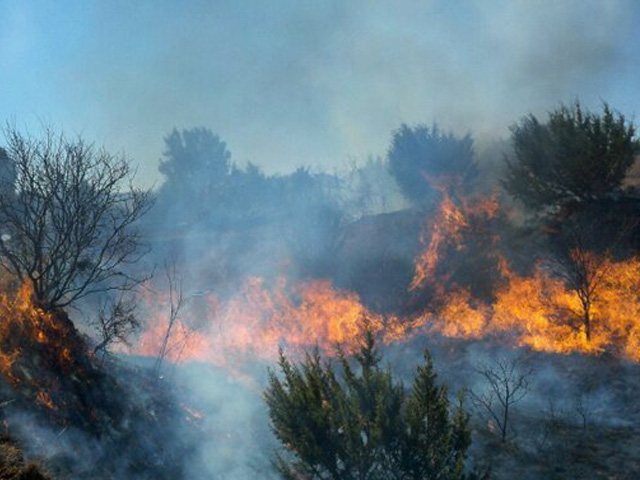