OMAHA (DTN) -- A number of U.S. regulatory bodies received instructions to stop some public engagement and funding work early this week, including the USDA's Agricultural Research Service (ARS) and the Environmental Protection Agency.

ARS employees received an internal email -- first reported by the website Buzzfeed -- from Sharon Drumm, the ARS Chief of Staff, on Monday, January 23, stating: "Starting immediately and until further notice, ARS will not release any public-facing documents. This includes, but is not limited to, news releases, photos, fact sheets, news feeds, and social media content."

According to news reports from ProPublica, EPA staff have also received orders to freeze all grant and contract awards. The Associated Press has also reported that the agency's employees have been prohibited from issuing press releases, blogs, or any social media posts. The EPA's last news release was posted on January 20, and its last tweet was sent January 19.

An EPA spokesperson responded to a DTN inquiry and promised to provide a statement, which was not released at the time of publication.

The reaction on social media was swift as articles and tweets stated USDA scientists "have been put on lockdown," placed under a gag order or told not share science with the public.

The move to halt public engagement comes in the first days of President Donald Trump's administration as he is still trying to get his cabinet leaders and lower-level political appointees in place in departments such as USDA and EPA. Trump did not name a potential USDA secretary until last week. Former Georgia Gov. Sonny Perdue is now awaiting a confirmation hearing before the Senate Agriculture Committee. So USDA is being led by Acting Secretary Michael Young, the head of USDA's Budget Office.

An ARS spokesperson told DTN Tuesday that the notice from Drumm did not apply to "scientific publications, released through peer-reviewed professional journals," but only "informational products like news releases and social media content."

To this effect, the ARS website published a news release on January 23 announcing an ARS scientist's recent award from the National Academy of Sciences (NAS). See the release here: http://bit.ly/…. The ARS Twitter account likewise retweeted details on the award.

As the research arm of the USDA, ARS conducts studies on a wide range of agricultural topics, from livestock and crop production to human nutrition and environmental policy. In the USDA's 2016 Fiscal Year Budget Summary and Annual Performance Plan, the agency pegged the ARS budget at $1.43 billion.

During today's White House press conference, Press Secretary Sean Spicer told reporters that he wasn't aware of any specific gag orders on regulatory bodies. "We're looking into it," he said. "I don't think it's any surprise that when there's an administration turnover that we're going to review the policies."

These moves follow an executive action from President Trump on Monday freezing all federal employee hires. The action does not extend to the military or presidential appointments, and it provides the possibility of exemptions for national security and public safety positions.

It is not clear if the publication bans sent to ARS also extend to other branches of the USDA, and the agency has not responded to press inquiries.

However, USDA's Animal and Plant Health Inspection Service (APHIS) released a notice today that it would be postponing a conference call on the agency's newly revised biotechnology regulations, scheduled for January 26. The APHIS Twitter account has not released any information since January 18. 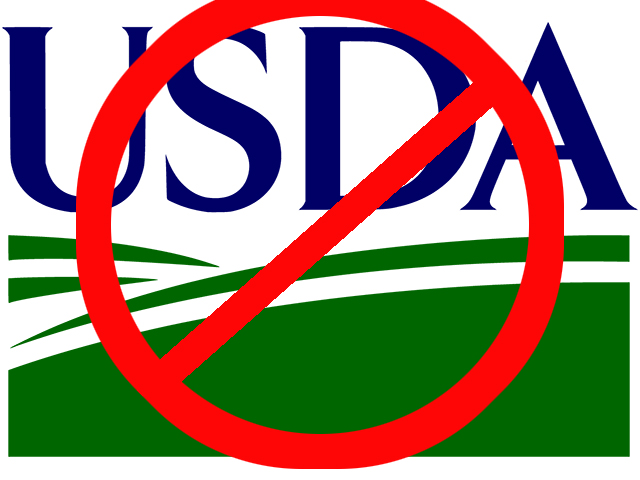