OMAHA (DTN) -- Though insect pollination services are in increasing demand in the Northern Great Plains, the expansion of corn and soybean acres in response to biofuels feedstock demand may be making it more difficult to find plant habitats suitable for bees, a new study from the National Academy of Sciences concludes.

The study comes as the federal government and agricultural industry has placed a greater emphasis on protecting the bee population. The White House, for instance, issued a memorandum in 2015 for the federal government to create a federal strategy for promoting pollinators and bee health after reports of bee keepers nationally losing as much as 40% of their colonies in recent years.

One of the concerns about the loss of bee habitats in states such as North Dakota and South Dakota, the NAS study said, is that the two states support more than 40% of the honey bee colony stock in the country.

"Human reliance on insect pollination services continues to increase even as pollinator populations exhibit global declines," the study concludes, pointing to increased corn and soybean prices and "federal subsidies for biofuels crops" as the main reasons for land-use change in the region.

The study conducted by the U.S. Geological Survey examined land-use changes in the two states near some 18,000 registered commercial apiaries from 2006 to 2014. Scientists also found expanded corn and soybean production near those apiaries.

"Our study demonstrates a continual increase in biofuel crops, totaling 1.2 Mha (3 million acres), around registered apiary locations in North and South Dakota," the study said. "Such crops were avoided by commercial beekeepers when selecting apiary sites in this region.

"Furthermore, our analysis reveals how grasslands that beekeepers target when selecting commercial apiary locations are becoming less common in eastern North and South Dakota, changes that may have lasting impact on pollinator conservation efforts. Our study highlights how land-use change in the NGP is altering the landscape in ways that are seemingly less conducive to beekeeping."

Models created by the USGS identified areas of the Northern Great Plains that could be targeted for pollinator habitat improvements, primarily targeted through the Conservation Reserve Program in the eastern Dakotas.

The Prairie Pothole Region, in particular, saw the largest expansion of cropping areas near apiaries in the Midwest.

"Average annual gains in biofuel cropping area were four times greater among registered apiaries in the PPR than in apiaries west or south of the Missouri River, a region also known as the Badlands and Plains Region," the study said.

In response to the study, the Renewable Fuels Association said in a statement to DTN, while corn acres have expanded "slightly" during the past decade along with expanded demand for livestock feed, exports and ethanol, the overall area dedicated to crops in 2016 has shrunk.

The area dedicated to crops today is nearly 100 million acres smaller (20%) than it was in 1969, according to the USDA and the U.S. Environmental Protection Agency. Cropland has decreased 6% just since 2005 when the Renewable Fuel Standard was adopted.

"In other words, the bump in corn acres isn't coming at the expense of native prairie," said Bob Dinneen, chief executive officer and president of the RFA, "rather, some fields that previously grew wheat, cotton, oats, or other less-profitable crops have switched to growing corn.

"In any case, USDA says more than 50 million acres of idle or fallow cropland -- an area the size of Nebraska -- is available to return to production if warranted by market conditions. So, why would farmers till native grasslands when so much idle cropland is available?"

Dinneen said increasing demand hasn't come from cropland expansion. "Instead, it has come from increased productivity," he said. "Thanks to tremendous advances in technology, farmers today are producing far more corn per unit of land than in the past."

Other studies have also pointed to land-use conversions because of biofuels. The National Academy of Sciences released a report in February 2013 titled "Recent Land Use Change in the Western Corn Belt Threatens Grassland and Wetlands." Scientists at South Dakota State University found that 1.3 million acres of grassland in the Western Corn Belt (North Dakota, South Dakota, Nebraska, Minnesota and Iowa) had been converted to corn and soybean fields between 2006 and 2011. http://www.pnas.org/…

The University of Wisconsin released a report last year citing similar land use conversion from prairies to biofuels. That study noted that since the RFS had passed, "North and South Dakota experienced the greatest amount of new crop cultivation, followed by Southern Iowa and Northern Missouri, and the western parts of Kansas, Oklahoma, and the Texas Panhandle." http://news.wisc.edu/…

The RFA points to a 2015 study by researchers from the University of Montana, Oklahoma State University, and other universities that found land area occupied by oil and gas activities in the Great Plains expanded from less than 1 million acres in 2000 to about 7.5 million acres by 2012.

"The real culprit behind destruction of prairie in the Great Plains is oil and natural gas," Dinneen said. 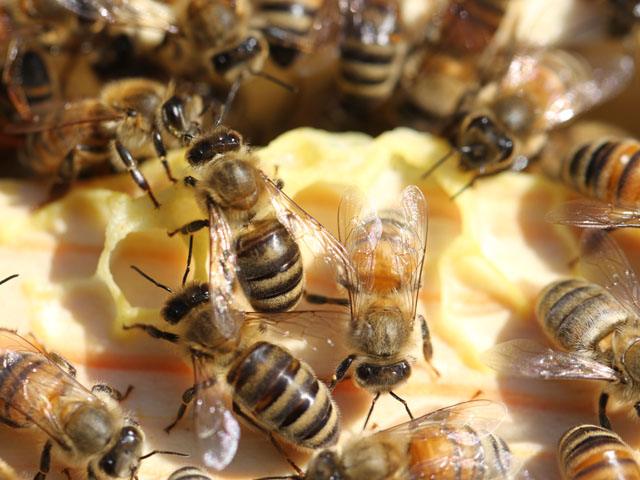