LINCOLN, Neb. (DTN) -- The future of a right-to-repair class-action lawsuit filed on behalf of 16 farms against John Deere is in the hands of a federal judge, who is considering a motion by the company that could lead to dismissal of the case.

The motion filed by Deere in December in the U.S. District Court for the District of Northern Illinois seeks a judgement on the pleadings, essentially asking the court to rule on the facts already presented before a trial can be held. Parties in a lawsuit file such a motion when they believe there is insufficient factual support for the allegations.

Farmers who are part of the lawsuit filed a response on Tuesday in opposition to the Deere motion.

All the cases allege John Deere violated the Sherman Antitrust Act and seek damages for farmers who paid for repairs from John Deere dealers beginning on Jan. 12, 2018, to the present.

The cases allege the company has monopolized the repair service market for John Deere brand agricultural equipment with onboard central computers known as engine control units, or ECUs.

"Plaintiffs nonetheless take issue with this system and contend that they should have the unfettered ability to make whatever repairs they want to this highly sophisticated equipment," Deere said in its December motion.

"In plain terms, plaintiffs say that the federal antitrust laws compel Deere to give all of its proprietary repair tools and software to anyone who happens to want them. That remarkable assertion has no basis in law and unsurprisingly, the complaint is riddled with numerous deficiencies that cannot survive the pleadings. Even taking their allegations as true, plaintiffs lack standing to pursue their claims. And, in all events, those claims are without merit. Collectively, they all rest upon the same flawed relevant antitrust market. And, individually, they each harbor fundamental defects."

In their opposition to the Deere motion, the farmer plaintiffs said the case boils down to one thing.

"Whatever other disputes exist in this litigation, the parties agree on one underlying fact: For a certain category of repairs, owners of Deere tractors are forced to purchase repair services from a Deere dealer," the farmers said.

"Whether farmers should have the right to perform comprehensive repairs on their tractors (or, as Deere revealingly puts it, the 'unfettered ability to make whatever repairs they want') themselves, or otherwise be able to have these repairs performed by a professional technician of their choice, is the question at the heart of this case."

The farmers said in opposition to the Deere motion that their original complaint "paints a detailed picture of how defendant Deere and Company and its affiliated dealerships have unlawfully restrained competition in the market for repair services of Deere-brand agricultural equipment."

The plaintiffs asked the court to be allowed to file an amended complaint if the court rules in Deere's favor.

In its December motion, Deere alleges the farmer plaintiffs failed to identify a "co-conspirator" in the complaint.

"Deere's challenge to plaintiffs' Article III standing is based on the false premise that the complaint creates two categories of dealers," the farmers said in their response, "those which are within the alleged conspiracy and those which are not. Deere next argues that since plaintiffs do not specify that they purchased from a conspirator dealer, injury flowing from the conduct alleged -- and therefore standing -- has not been established.

"The complaint, in fact, does not draw any distinction, expressly or inferentially, between two separate categories of dealerships."

Equipment manufacturers currently will not allow farmers the hardware or software needed to diagnose a problem, much less repair it, particularly when it comes to emissions issues.

So, dealers must send their teams out to the field to diagnose a problem and likely order parts, then come back out to make the repairs. There may be other complications with repairs.

On Jan. 8, Zippy Duvall, the president of the American Farm Bureau Federation, signed a memorandum of understanding with executives from John Deere to allow farmers more opportunity to diagnose and repair their own Deere tractors (https://www.dtnpf.com/…).

Nearly a week later, the National Farmers Union said in a statement the MOU did not solve the problem for farmers (https://www.dtnpf.com/…).

Deere said in its December motion the plaintiff farmers had failed to show a conspiracy to essentially corner the repair-services market along with dealerships.

This week, the farmers said in their court filing that their original complaint is sufficient to warrant adjudication on charges of a conspiracy.

"The plausibility of the alleged conspiracy does not hinge on whether plaintiffs allege facts relating to specific, express, and communicated agreements between each of the dealership 'spokes,'" the plaintiffs said.

"The necessary agreement, or common commitment to a mutual objective, between the dealers is created by the facts pleaded in the complaint, which are fairly read at this preliminary pleading stage as demonstrating a shared understanding between and among the dealerships and Deere to keep the repair services market to itself."

Also on Tuesday, Willie Cade, a consultant at ICR Management in Chicago and a right-to-repair advocate, sued the EPA, alleging the agency is not enforcing certain Clean Air Act provisions against John Deere.

Cade filed a lawsuit in the U.S. District Court for the District of Columbia this week, petitioning the court for a writ of mandamus to compel the EPA to enforce certain CAA provisions against Deere.

A writ of mandamus is an order from a court to a government official to properly fulfill their official duties -- in this case EPA Administrator Michael Regan.

Back in July 2022, Repair.org and the Public Interest Research Group, or PIRG, alleged Deere may have been in violation of the CAA by not allowing farm equipment owners or independent repair shops to repair emissions systems on Deere implements (https://www.dtnpf.com/…).

The groups said they believe Deere's repair restrictions "run contrary" to a Clean Air Act requirement for companies to state in equipment owner's manuals that independent repair shops and farmers are to be allowed to repair emissions control systems.

The Clean Air Act requires manufacturers of non-road diesel engines to apply for and obtain a certificate of conformity for an engine family. Those certificates expire at the end of every year. EPA can deny or revoke the company's certification if a manufacturer fails to comply with emissions standards.

"I respectfully request that this honorable court issue a writ of mandamus compelling the EPA to take action to ensure that manufacturers of agricultural, construction and forestry equipment are complying with the requirements of the CAA," the lawsuit said, "and EPA's regulations and require any and all violators take immediate corrective action." 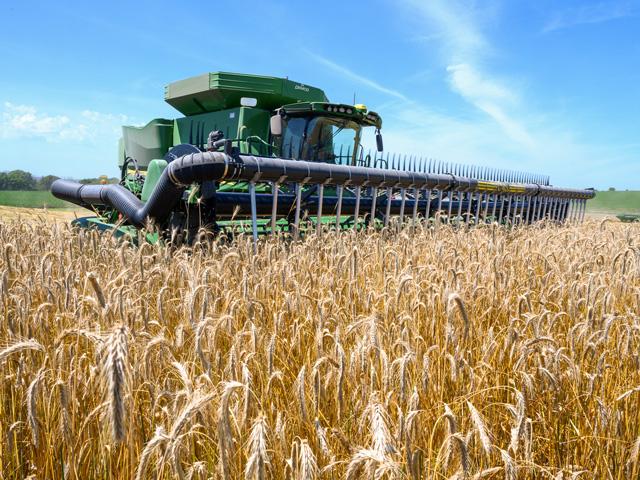