LINCOLN, Neb. (DTN) -- What started as a single lawsuit in Illinois against John Deere over the right to repair farm equipment has now spread like wildfire to three additional states, prompting Deere to ask a federal court in Illinois to transfer all the cases to that state.

Now, farmers and other business owners have filed similar lawsuits in Tennessee, Oklahoma and Alabama, as well as two additional cases in the U.S. District Court for the District of Northern Illinois, in the same court as the Forest River Farms case.

All the cases alleged the company violated the Sherman Act and seek damages for farmers who paid for repairs from John Deere dealers beginning on Jan. 12, 2018, to the present.

"Their central claim is that Deere deliberately monopolized an alleged market for repair and maintenance services of Deere-branded tractors and other equipment in violation of Sections 1 and 2 of the Sherman Act," Deere said in its motion filed on Feb. 25.

"Although Deere vigorously disputes the allegations in the complaints, the related actions raise common questions of fact and law that warrant transfer and consolidation. Centralization would also be more convenient for the parties and more efficient for the courts."

Forest River Farms in Forest River, North Dakota, asked for a trial by jury and wants the court to order John Deere to make the necessary software available to individual farmers and repair shops. The lawsuit seeks damages for farmers who have paid for repairs from John Deere dealers beginning on Jan. 12, 2018, to the present.

The right to repair increasingly has become an issue in agriculture and other industries with state legislatures introducing bills in at least 32 states, including bills in 21 states in 2021. The state of Nebraska may become the first state legislature to vote on legislation this year.

Equipment manufacturers currently will not allow farmers the hardware or software needed to diagnose a problem, much less repair it. So, dealers must send their teams out to the field to diagnose a problem and likely order parts, then come back out to make the repairs. There may be other complications with repairs.

Two additional cases filed in the Illinois court include one by Daniel Brown, the owner of Otsego Forestry Services in New York, and the second by Elizabeth, Illinois-based Plum Ridge Farms.

In the U.S. District Court for the District of Eastern Tennessee, farmer David Underwood filed a class-action suit claiming damages.

Alfalfa County, Oklahoma, farmer Monty Ferrell filed a lawsuit in the U.S. District Court for the District of Western Oklahoma.

In all the lawsuits, the plaintiffs paid for repair services that they have used for many years.

All the lawsuits allege John Deere has undertaken a consolidation of the number of dealership locations.

In September 2018, the Equipment Dealers Association, a trade and lobbying group that represents John Deere and other manufacturers, committed to make repair tools, software and diagnostics available to the public by Jan. 1, 2021.

In the U.S. Senate, Sen. Jon Tester, D-Mont., introduced the "Agricultural Right to Repair Act" on Feb. 1. Tester spoke about the bill during a keynote address at the National Farmers Union annual meeting in Denver on Sunday. Tester said the bill would require equipment manufacturers to provide software to farmers that would allow them to fix their own machinery. So far, Tester's bill only has one cosponsor.

"All we're asking the manufacturers to do is give farmers and ranchers the ability to do what they've always been able to do," Tester told DTN.

He added, "We're not asking the software to jump up the horsepower. We just want to know the software so when a sensor goes out, we know which sensor it is. And we can go out with a three-quarter-inch wrench and pop that sensor out, and go buy a new one and pop it back in and our combine doesn't sit out there in the field waiting for a mechanic during harvest." 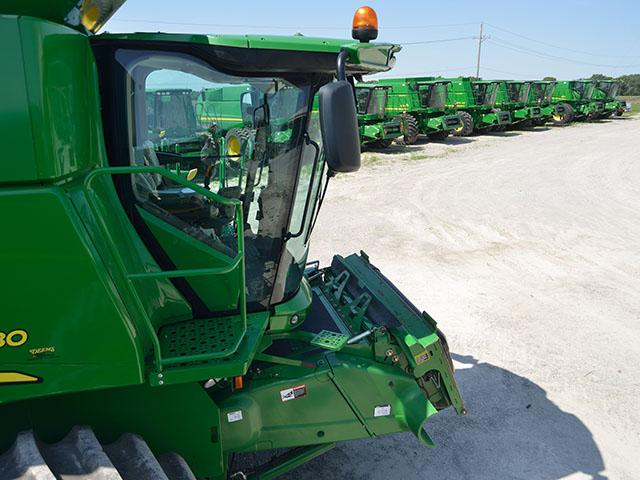