Economists and various experts have been calling for a recession since the Federal Reserve started raising interest rates last year. It hasn't materialized, formally at least, yet. While many say a recession is becoming more likely, Purdue University's College of Agriculture Senior Associate Dean and ag economics professor Jason Henderson isn't so sure.

"I personally think 2023 is going to be a slow year in terms of economic growth, but it's going to be economic growth, but it's not going to become a recession. Why? Because of strong fundamentals at the consumer level," he said at the 2023 Top Farmer Conference. For farmers, recessions tend to drive down demand for fuel, beef and other consumer goods, shifting the demand side of the balance sheet in unwelcome ways.

Henderson argued that in 2021 U.S. consumers had a huge increase in disposable income, with much of it coming from the government's post-pandemic stimulus programs. There was a corresponding boom in discretionary spending.

He compared a chart of the total household debt service to mortgage debt service, and while the chart only goes back to the turn of the century, Henderson said both are at the lowest level since the 1980s. Because consumers have less debt, they'll be better equipped to withstand higher interest rates.

Henderson argues restrained debt spending reflects shifting demographics and spending habits of the millennials, who were generally born between 1980 and the mid-1990s. The Great Recession defines their early adulthood.

"They are frugal. They are minimalist. They lived in their parents' basements after they graduated from college. It was terrible, and they knew that the cause of it was the housing boom that went bust," he said.

I graduated from college in 2009, and I can attest, the job market was terrible. Millennials got a crash course in what it meant to be underwater on your mortgage. Mention home equity loans to any of us and you might notice an involuntary shudder. We learned how banks bundled and sold mortgages to move the risk of their balance sheets, creating greater financial risk to the banking system. It's a scary concept to learn when you're just entering the home-buying phase of your life.

In addition, millennials were loaded to the gills with student loan debt. We were told that, like Gen Xers, good paying jobs would set us up to repay them once we graduated.

It forced millennials to be frugal. After graduation, I was one of the few people I knew that I wasn't moving back home into my parents' basement. I took a risk. I accepted an internship with a company called DTN, located in Omaha. I'd never been to the city and knew nothing about the company. I rented a room in someone else's basement, and it cost about 25% of my gross pay. But after being a broke college kid for years, I felt lucky to have a gig in my field of study. I'm even luckier that it turned into a career.

Most of my peers are finally feeling like they're on solid financial footing. They're not likely to add debt to the mortgage they've worked so hard to finally qualify for, and some are still paying off those student loans. Millennials are now in the early years of parenthood, and most want to protect their children from the gyrations of economic upheaval. That's a priority Henderson didn't mention about millennials but should in the future.

Millennials are driving changes in consumer demand. But is it enough to stave off a recession? Henderson thinks so. "Our fundamentals are good. Our debt service ratios are down. Consumers are still spending. We had good holiday sales, and we have wage increases. People have money in their pockets." 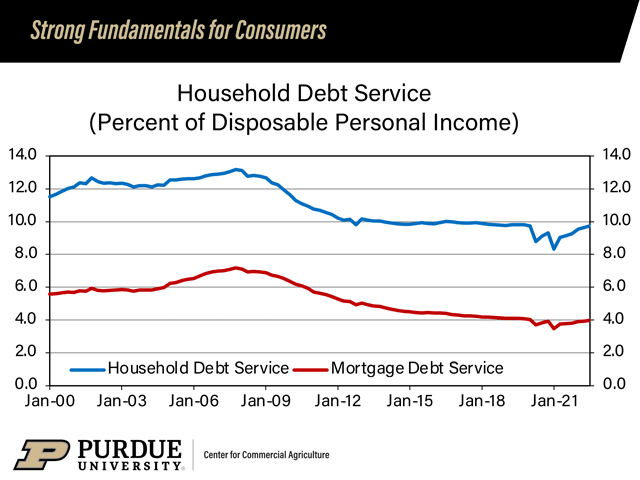