LINCOLN, Neb. (DTN) -- As exciting as the explosion of the renewable diesel industry is for agriculture, an executive with CHS Inc. said during the DTN Ag Summit on Monday that the math doesn't add up for supplying enough feedstocks to fuel the growth.

"Obviously, tomorrow is not the same as today or yesterday, and we're all going to have to do more to invite ourselves to change," he said.

"Outsides markets will continue to have an outsized influence in agriculture. It's more about what's going on around the world than it is here at home."

Halvorson said the expansion of soybean crush capacity and the growth of renewable diesel will play a role in perhaps changing farmers' cropping decisions.

If the renewable diesel expansion is to be fully realized, he said, more farmers will need to move corn acres to soybeans.

New construction announcements about soybean crush facilities and renewable diesel plants have been popping up for the past two years, increasing demand for soybean oil and charting a path for change in crop acres in the decades to come.

"If we're going to use more renewable diesel fuel, we have to grow disproportionately more soybeans in the U.S. because we need about 9 million more acres to fuel the new soybean crush plants of soybeans," Halvorson said.

"If all the states that are proposing an LCFS (low-carbon fuel standard) like California did or Washington's talking about, there's just no way that the U.S. farmer would grow enough soybeans to fuel that demand to create enough renewable diesel."

For example, if New York and Florida switched from diesel to renewable diesel, he said, "We would consume nearly all the acres that can be farmed; they'd all switch to soybeans in the U.S. So, the math doesn't work."

Halvorson said that because it takes a while to build a new crushing plant, the change in crop demand will be gradual.

"We think that there's a scenario that corn acres go all the way down to what they were before the buildup (from ethanol expansion), which means corn (acres) could go to the low 80s, high 70s millions of acres," he said.

"Soybeans take the balance of that, but we have multiple scenarios, and that's probably the most likely -- you take at least 10 to 15 million acres out of corn to replace with soybeans to meet this new crush demand. None of this is going to happen immediately. To build a soy crush facility takes four years. So, year four they'll start contracting more soy acres."

CHS operates a soybean crush plant in Fairmont, Minnesota, which is one of the largest such facilities in the country, producing about 7,000 barrels of oil per day. Halvorson said its oil refinery in McPherson, Kansas, uses about 105,000 barrels of crude oil daily to produce diesel fuel.

As soybean crushing capacity continues to expand, he said the need will grow for more soybeans and renewable energy to fuel oil refineries, crush plants and renewable diesel plants.

Halvorson compared the current trek into renewable diesel to the corn ethanol expansion near the turn of the century.

"It's not often in ag where we see new demand come at us," he said.

"Maybe 15 years ago we saw increased ethanol mandates, and that was certainly bolstering for the corn markets. And now we're seeing the same impact or similar to what's going on with soybeans."

Halvorson said CHS is watching closely how rural America moves into electric vehicle technology and what it might mean for renewable fuels such as ethanol and biodiesel.

Currently, there are more than 4,300 E85 stations and more than 50,000 EV charging stations across the country.

"For us, we have a problem I'd say with our energy system," Halvorson said.

There's a large demand for diesel fuels in agriculture, including tractors, trailers, sprayers and other implements, which Halvorson said leaves his company with a "glut" of gasoline.

"And so, for CHS, finding a way to get rid of gasoline is of utmost importance," he said.

"And now we've got this new passion, this new kind of awareness for technology and electric charging. These are disruptive to the gasoline industry. So, we see a really big future for diesel fuel that lasts for a very long time that's today not being disrupted by this technology. But gasoline will get to be the burden of the energy complex in the U.S."

In the past several years, farmers have faced unprecedented supply chain pressures.

Halvorson was asked whether farmers need to continue to pay attention to their buying strategies to ensure they'll still be able to buy the materials they need in a timely fashion, considering continued logistical concerns.

"I think it's incumbent on everybody to be aware of what it takes to operate your business every day," he said.

"I happen to believe that agribusiness and supply chains are equipped to deal with a lot of the problem."

While keeping the national rail service up and running has been a recent focus of national news with the previously pending rail strike averted by Congress, Halvorson said another major issue challenging agriculture is a continued shortage of truck drivers.

"The big one I think is trucking," he said.

"The federal government stepped out on rail, and really, we're going to have an operating class-one rail system in this country. But truckers, right before the pandemic we were short, depending on whose information, 60,000 truckers in the U.S., and by 2025 will be short 160,000 truckers. And again, that's the reason we're looking at autonomous (systems). Truck transportation of all of the systems is the most fragile, and it's the one we have our eye on, and because of that compression, you're just going to see investment in rural America in larger, more strategic hub facilities and fewer smaller, antiquated facilities."

Halvorson said that means there will be fewer locations for farmers to do business over time. 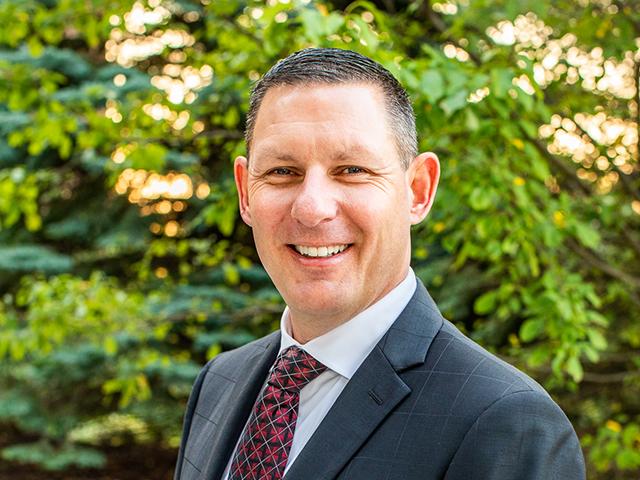