In particular, the agency determined renewable diesel, jet fuel, heating oil, naphtha and liquefied petroleum gas produced from canola and rapeseed all reduce greenhouse gas emissions by at least 50% compared to petroleum-based fuels. The 50% figure is what is required by the RFS for advanced biofuels and biomass-based diesel.

In March 2020, the U.S. Canola Association petitioned the EPA to approve canola oil as a feedstock for renewable diesel. In April 2022, the EPA issued a notice of proposed rulemaking that renewable diesel, jet fuel, naphtha, liquified petroleum gas and heating oil produced from canola oil reduce GHG emissions by at least 50%.

The USCA said in a news release Thursday that EPA's estimate that canola-based renewable diesel reduces GHG emissions by 67% was "conservative."

"For canola oil renewable diesel, we now estimate GHG reductions of 64% to 70% relative to the baseline, compared to 63% to 69% in the proposal," EPA said in the final rule.

The USCA said renewable diesel expansion continues because of state low-carbon fuel standards such as in California.

"There has already been a number of canola-crush expansions announced, along with new plants and renewable diesel plants," he said. "I believe crush will approach 15 million to 16 million metric tons (mmt) from today's 11 mmt capacity in a few short years."

During the 14 months ending in February, renewable diesel production capacity in the U.S. grew by 86% to nearly 1.5 billion gallons per year, according to the U.S. Energy Information Administration.

The release of a multi-year RFS proposal and the final canola rule Thursday creates a potentially interesting dynamic when it comes to growing crush and renewable diesel capacity in the U.S.

The canola RFS rule will promote the expanded use of canola oil for renewable fuels, while the multi-year RFS proposal was said to be a disappointment for the biomass-based diesel industry.

The Center for Biological Diversity, for instance, opposed the EPA rule out of concern that in order to meet new biofuel demands the rule could "cause harmful effects for a least five species listed under the ESA (Endangered Species Act)."

The CBD said it believes the EPA is required to conduct an ESA consultation with U.S. Fish and Wildlife Services before finalizing the rule, for which the agency disagreed.

"Contrary to CBD's assertions, for this action, we find that EPA lacks discretion to disapprove this pathway petition on the basis of impacts to listed species or designated critical habitat of such species," the EPA said in the final rule.

North Dakota Farmers Union President Mark Watne said in a statement Thursday that the canola rule is good for farmers.

"Creating a pathway for increased production of canola-based renewable fuels is an important step forward in our country's energy security," he said.

"Canola is a great feedstock for renewable diesel and an important crop for producers in the Upper Great Plains." 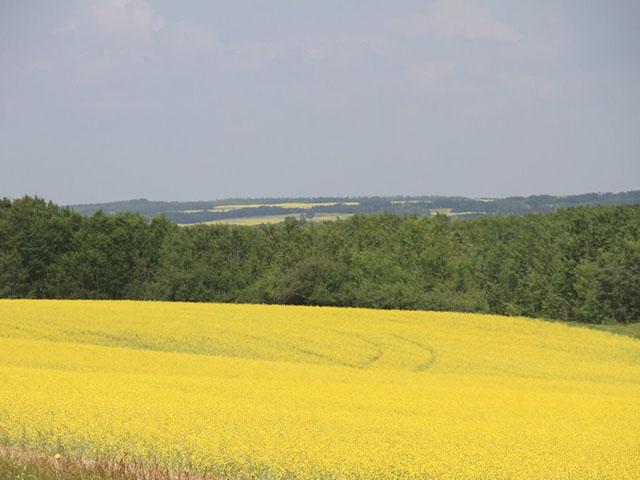