LINCOLN, Neb. (DTN) -- A federal court in Maryland may soon approve a consent decree as part of a lawsuit alleging three poultry processing companies and a data consulting firm conspired to illegally share information about wages and benefits for poultry-processing plant workers, in violation of the Sherman Act.

The lawsuit also alleged that two poultry processors violated the Packers and Stockyards Act. A 60-day public comment period on a proposed consent decree is set to expire on Wednesday.

In July 2022, the U.S. Department of Justice filed an antitrust lawsuit in the U.S. District Court for the District of Maryland, against data company Webber, Meng, Sahl and Co. and its president, G. Jonathan Meng, as well as Cargill Inc., Cargill Meat Solutions Corp., Sanderson Farms Inc. and Wayne Farms LLC.

The lawsuit also alleges that Sanderson Farms and Wayne Farms violated the Packers and Stockyards Act by engaging in "deceptive practices" associated with the "tournament system," which pits chicken growers against each other to determine their compensation.

The lawsuit and consent decree are part of a broader effort by the Biden administration to crack down on anti-competitive behavior. President Joe Biden signed an executive order in 2021 focused on promoting competition in the U.S. economy.

If approved, the decree would ban the consulting firm from providing surveys or any other services that "facilitate the sharing of competitively sensitive information" in any industry.

Cargill, Sanderson Farms and Wayne Farms would be required to pay $84.4 million in restitution for workers harmed by the scheme. The companies also would be prohibited from sharing information about poultry processing plant workers' compensation.

In addition, the court would appoint a compliance monitor for the next 10 years to ensure companies' compliance with the decree. The DOJ would have the authority to inspect the companies' plants and interview employees.

The consent decree also would prevent Sanderson Farms and Wayne Farms from penalizing chicken growers by reducing their base payments as a result of relative performance, while still allowing for incentives, bonuses and other types of payments to growers.

The companies would be required to provide "expanded information disclosures" in grower contracts and would be prohibited from retaliating against growers who raise antitrust concerns.

Public comments received by the DOJ on the consent decree were not posted online.

One farm interest group, however, released comments it filed on the proposed decree.

Farm Action is a group focused on strengthening the Packers and Stockyards Act.

"The consent decree enforces the law against brazen violations that have gone unchecked for decades," Farm Action said in its comments.

Farm Action said in a news release the tournament system was "fundamentally anticompetitive" and praised the consent decree for ending what is said is an "unjust payment system that Sanderson and Wayne have used to deprive poultry growers of their independence and extract untold wealth from rural communities."

Farm Action said the consent decree "vindicates the will of Congress, and the public it represents, that farmers and ranchers should not be 'submerged' into 'cogs in the wheel' of giant corporations with distant headquarters."

In the lawsuit filed last summer, the DOJ said poultry processing plant workers "deserve the benefits" of free market competition for their labor.

For at least two decades, poultry processors that employ more than 90% of all poultry processing plant workers in the U.S. "conspired to collaborate" with and assist their competitors in making decisions about worker compensation, the lawsuit said.

"This conspiracy distorted the normal bargaining and compensation-setting processes that would have existed in the relevant labor markets, and it harmed a generation of poultry processing plant workers by artificially suppressing their compensation," the lawsuit continued.

"Under this system, growers are penalized if they underperform other growers, but poultry processors control the key inputs (like chicks and seed) that often determine a grower's success," the DOJ said.

"Poultry processors often fail to disclose the information that growers would need to evaluate and manage their financial risk or compare offers from competing processors." 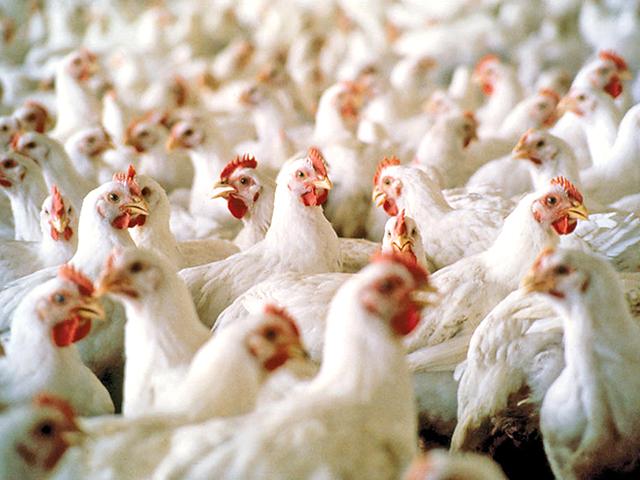