Several state-level agriculture interest groups, fuel companies and attorneys general in 17 states filed a series of legal briefs in the past week, arguing the action taken by the EPA violates the Constitution when it comes to states' rights to set their own standards or no standards at all.

In recent months, California regulators announced a plan to ban the sale of gasoline-powered vehicles in the state by 2035, setting the stage for moving to all-electric vehicles.

Since the beginning of the Biden administration, the ethanol industry has struggled to find a seat at the table when it comes to reducing greenhouse gas emissions in the transportation sector. The administration has primarily focused on the need to expand EV availability across the country to cut carbon emissions.

What's more, the Biden administration is expected to release a proposed reset of the Renewable Fuel Standard in the coming months, which has created angst among agriculture and ethanol interests.

That's because, according to the RFS statute, EPA assumes the authority to set biofuel volumes beyond 2022. In addition, there have been reports the Biden administration may be considering the creation of EV renewable identification numbers, or RINs, as part of the RFS reset.

The replacement of gasoline vehicles with EVs is seen as a direct threat to fuel companies, including ethanol producers.

"In recent years, Congress has grappled with how best to address global climate change," a group of ag interest groups said in a brief filed on Monday.

"At no point, however, has Congress mandated a wholesale shift in the nation's vehicle fleet from traditional vehicles to electric vehicles -- a shift that would fundamentally transform the automobile industry, the oil and gas and petrochemical industries, motor-fuel retailing, the electric grid, and thousands of related manufacturing businesses and supply chains."

"Today we proudly reaffirm California's longstanding authority to lead in addressing pollution from cars and trucks," Regan said in a statement at the time. "Our partnership with states to confront the climate crisis has never been more important. With today's action, we reinstate an approach that for years has helped advance clean technologies and cut air pollution for people not just in California, but for the U.S. as a whole."

Both EPA and the National Highway Traffic Safety Administration, along with the state of California, promulgated their own regulations in this vein.

The ag groups said the agencies' actions are "designed to achieve a goal Congress never set: 'that 50% of all new passenger cars and light trucks sold in 2030 be zero-emission vehicles.'"

"EPA and NHTSA hope to achieve that ultra vires (beyond their authority) goal in part by embracing aggressive state-law standards enacted by California," the ag brief said.

"EPA has purported to authorize those state standards by invoking an ill-fitting Clean Air Act provision that affords California a narrow waiver of federal preemption of state motor-vehicle emission standards."

The ag and fuel groups argue that Clean Air Act Section 209 reflects a determination by Congress that "regulating emissions from new motor vehicles is generally the responsibility of the federal government."

In a brief filed by the 17 states on Oct. 20, 2022, they said the actions taken by California and the federal government already are leading to other states adopting California's approach.

"To date, 17 states and the District of Columbia have adopted California's greenhouse-gas emission standards, its zero-emission-vehicle mandate, or both, under Section 177," the attorneys general said.

"These jurisdictions and California are home to over 140 million people and account for 'more than 40% of the U.S. new car market.' And more disruption is ahead: California recently approved 'Advanced Clean Cars II' standards, which are not at issue here but which will ban new gasoline-powered cars and require '100% electrification by 2035.'"

In 2005, for the first time, California sought a waiver from EPA to establish its own emission standards, not for local pollutants but for greenhouse gases the state determined contribute to global climate change.

EPA denied the waiver in 2008 and concluded the Clean Air Act does not authorize California to tackle "diffuse national and international problems," according to the AG's brief.

"But instead covers 'air pollution problems that have their basic cause, and therefore their solution, locally in California."

With a change in presidential administrations, in 2013, EPA granted California another waiver.

"In 2019, EPA reconsidered and withdrew the 2013 waiver, once again explaining that standards aimed at global climate change fall outside Section 209(b)'s narrow exception to federal preemption and that, in any event, California did not 'need' its standards because they would not meaningfully address global climate change," the state's brief said.

"EPA got it right the first time (and again in 2019). Congress afforded California a targeted exemption from an otherwise uniform national regulatory scheme so that California could continue to address its local pollution conditions. Congress did not, and could not, authorize California, alone among the 50 states, to assume a role as a junior-varsity EPA and attempt to solve national and international issues like climate change." 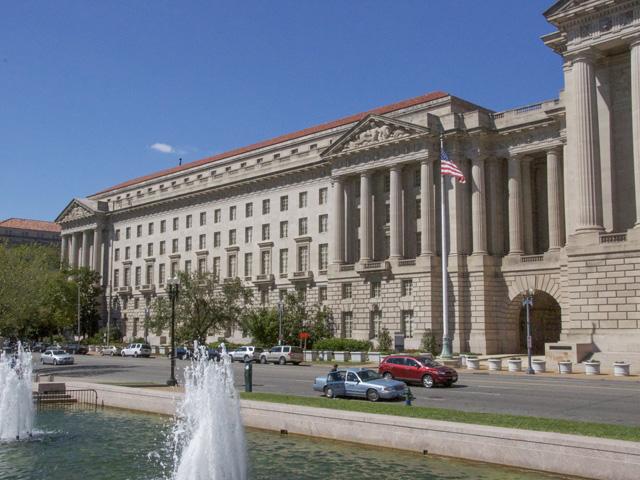