LINCOLN, Neb. (DTN) -- Though rising inflation has prompted the Federal Reserve to continue increasing interest rates into next year, agriculture lender CoBank said in a quarterly report released Monday the ag sector is weathering inflation and benefiting from a commodity shortage that has created pricing power.

CoBank said despite the ongoing uncertainty created by the war in Ukraine, the overall U.S. economy remains "incredibly resilient." Because consumer spending remains strong despite inflation, CoBank said the Fed has been "aggressively" raising interest rates.

"To date, there is no solid evidence that inflation is on a steep downward path and there is also little evidence that higher rates are severely damaging the economy," Dan Kowalski, vice president of CoBank's Knowledge Exchange, said in a news release.

"Ultimately, to get inflation levels down, the willingness or ability of consumers and businesses to spend must also come down. That means rate hikes will continue until the Fed achieves its mandate of price stability. Unfortunately, that increases the likelihood of collateral damage coming in the first half of 2023."

Agriculture maintained some momentum in the third quarter, although the outlook for the economy grows "increasingly gloomy," the report said.

"In contrast, the energy and agri-food sectors have gained unexpected levels of pricing power as supply shortages now appear to be medium-term challenges," CoBank said.

"Agricultural production and transportation issues are still most severe in the Black Sea, but drought in Europe, Asia and the Americas is making grain supply and logistics all the more uncertain. Hurricane Ian and low Mississippi River levels have also compounded worries about availability of farm inputs. Risks and uncertainty remain exceptionally high, but elevated commodity prices also offer opportunities."

CoBank said the grain and oilseed complex in particular saw a "bumpy ride" during the past three months and especially at the end of the third quarter.

Falling energy prices, a surging U.S. dollar, ongoing drought throughout much of the U.S., continuing tensions in the Black Sea region and weakening global economic outlook have all created volatility in grain prices, CoBank said.

The report indicated corn and wheat futures finished the quarter 11% and 8% higher, respectively, while partly offset by a 2% drop in soybeans.

CoBank said the ongoing conflict between Russia and Ukraine has created an interesting situation for wheat.

"Russia's efforts to annex certain regions of Ukraine increase the risk that Ukraine's grain exports (allowed by the Aug. 1 deal brokered by Turkey) will fall short of expectations," the report said.

"At quarter end, a total of 231 ships carrying 5.3 million metric tons (mmt) of grain and oilseeds had sailed from Ukraine's Black Sea ports since the grain export deal commenced on Aug. 1. While encouraging, that pace is less than half the pre-conflict export run rate of up to 6 mmt per month."

CoBank said there's a growing risk the Russia/Ukraine grain deal will not be renewed in November due to a recent military escalation.

"One, Russia's wheat harvest is 95% complete and is expected to reach record levels in excess of 100 mmt, threatening to put a considerable amount of 'cheap' supplies on the market. Two, the continued negative effects of La Nina are expected to reduce Argentina's current wheat crop by about 6%, which may partly offset Russia's harvest."

When it comes to fertilizer prices, CoBank said the ongoing war in Ukraine continues to affect natural gas prices in Europe, and as a result, global supplies and prices of nitrogen, phosphorous and potassium fertilizers.

In the U.S., the report said fertilizer prices fell between 5% and 16% during the most recent quarter.

"Specifically, Canada and the Netherlands have announced plans (and/or aspirational goals) to reduce greenhouse gas emissions over the next decade by decreasing the amount of permitted fertilizer applications as a way to counter climate change. While mandated changes are unlikely in the U.S. in the near-term, the bigger risk we see is the potential for the reduced use of nitrogen fertilizers in the coming years."

The ethanol industry, CoBank said, saw a drop in production in the third quarter as a result of an overall 6% to 7% drop in gasoline demand. On the plus side, the report said ethanol margins were solid.

"It is normal for production to slow into harvest and subsequently rebound seasonally in October/November as corn is delivered to ethanol processors," the report said.

"Margins finished the quarter near the upper end of long-term average levels of 25 cents to 30 cents/gallon amid relatively stable ethanol fuel prices. The main event in the quarter was on the policy front, specifically the Inflation Reduction Act of 2022. This monumental piece of bipartisan legislation provides strong current and future support for renewable energy in general and biofuels in particular." 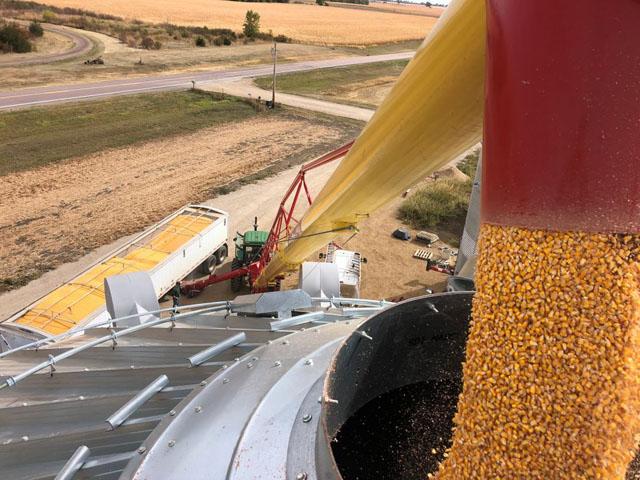