OMAHA (DTN) -- A Nebraska farmer was sentenced last week by a federal judge to pay back $1 million in restitution for filing false crop insurance claims.

Ross Nelson, 48, of Newman Grove, Nebraska, had pleaded guilty back in June in the U.S. District Court of Nebraska to knowingly making a false statement to an insurance company backed by the FCIC. He was indicted by a grand jury in September 2021 following an investigation into charges that Nelson had underreported his corn and soybean crop production in 2015.

Under the plea, Nelson agreed to pay $1 million in restitution and was sentenced to four years of probation as well as 16 weekends in jail, along with a fine of $30,000.

According to court records, Nelson had filed a claim in 2015 that his soybean fields in Holt County, Nebraska, produced only 25,165 bushels of soybeans. He received an indemnity check from Diversified Crop Insurance Services for $700,092.

Nelson also submitted a claim on his corn crop in 2015. Due to inconsistencies with his claim compared to neighboring farms, USDA's Risk Management Agency initiated an investigation of Nelson's insurance claims.

In May 2016, RMA discovered nine undisclosed storage bins containing 83,949 bushels of corn beyond Nelson's certified production worksheet for his corn production, as well as 26,165 bushels of soybeans beyond what Nelson reported for his soybean crop. Nelson admitted the crops were his, according to the court documents.

The investigation also showed Nelson had sold crops to Cargill facilities in O'Neill, Nebraska, under his father's name to hide further production of his corn and soybean crops, though Nelson's father had no share of the crop production in Nebraska and did not own or lease any farm ground in Holt County.

After the discovery of the storage bins and sold crops, Nelson sought to revise his production of both his corn and soybean crops. Nelson revised his soybean production to 86,059 bushels, but the investigation revealed Nelson had sold 88,483 bushels of soybeans either in his name or his father's name from the 2015 crop year.

The plea agreement adds the investigation showed the possibility of similar questions over production claims in 2012-2014 crops years. With the plea agreement, the federal government agreed not to offer evidence concerning those years at sentencing. The $1 million in restitution stems from the $700,092 claim paid on the 2015 crop, along with sums that might have been associated with claims from 2012-2014.

The case was investigated by the USDA Office of Inspector General. 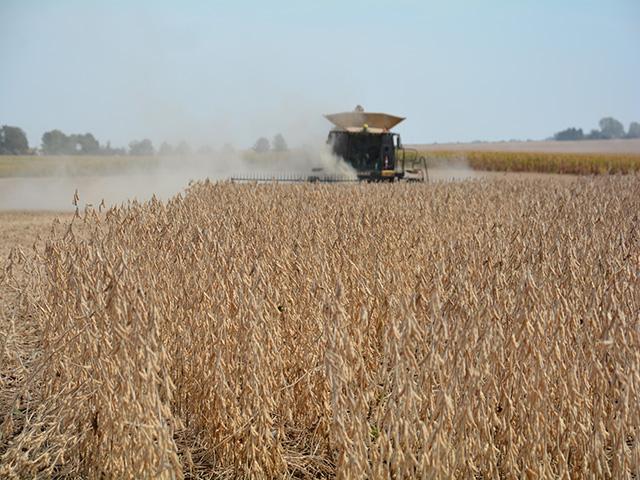