LINCOLN, Neb. (DTN) -- Jesup, Iowa-area farmers who sold grain to B&B Farm Store Inc. can expect to get a letter this week outlining how they go about filing claims with the state's grain warehouse indemnity fund after the state revoked the company's grain licenses on Tuesday.

Don McDowell, director of communications at the Iowa Department of Agriculture and Land Stewardship, told DTN on Wednesday that grain at B&B has an estimated value of about $1.275 million.

Habbo Fokkena, a semi-retired 75-year-old attorney from Clarksville, Iowa, and a court-appointed receiver for B&B, told DTN the facility already is drawing interest from potential buyers.

"I'm actively liquidating some of the inventory, not all of inventory, actively soliciting some buyers who might buy the entire facility," he said.

"We have a number of people who are interested looking at it very quickly, because my goal is to liquidate it and find somebody who could operate this as rapidly as possible. Possibly before harvest time."

The Iowa Grain Warehouse Bureau has been at the Jesup facility for about 10 days, Fokkena said, and has completed its examination of the business.

"They (Iowa Grain Warehouse Bureau) are sending a letter out today (Wednesday) to every farmer who had storage obligations under common, and they will be paying the farmer who has to fill out a claim form," he said.

"But they (farmers who sold grain to B&B Farm Store Inc.) will get 90 cents on the dollar, whatever their grain they had in here for storage facility, whether it's open storage or warehouse receipts." That also includes any grain sold for mix in feed.

Fokkena said farmers who sold grain to the company likely would receive checks in three to four months after all claims are filed.

"I imagine they'll want to wait 'til they get most of the claim forms in," he said.

"We will be available to help any farmers fill out the claims. The facility's staying open so farmers can come in here."

Farmers Savings Bank in Jesup is the primary lien holder of B&B debt, Fokkena said, and likely would make a final decision as to a potential buyer for the business.

According to the petition for foreclosure of B&B property filed in Iowa District Court on Aug. 12, Farmers State Bank alleges B&B defaulted on about $4.65 million in mortgage and other personal-property loans.

"Last summer they called me and said, 'Hey, our corn is short, and we were hoping that you could sell us a little corn,'" Riensche said.

"I jumped at the chance and because it's a short haul. That was in April, and didn't get my check in April, and I didn't get one at the end of May, at the end of June, July. By Iowa law, if you have grain in an elevator for 30 days, you either have to pay for it or issue a warehouse receipt. What they were doing was at the end of 30 days, they were writing a check and then putting it in the file. So, the grain appeared settled out, but nobody was getting any checks."

Riensche said the store has a long history of being an important part of the community.

The operation started in 1965 under a different name. The original owner, Jerry Bloes, Riensche said, "built the business from the ground up" and was a "pillar" of the community. Bloes' son, Donald, has been running the business after his father retired, Riensche said.

The Iowa Department of Agriculture and Land Stewardship announced in a news release on Aug. 23 that the court had appointed a receiver in the case, Fokkena, who then "consented to a voluntary revocation" of the warehouse and grain dealer licenses.

"As a result of this action, an incurrence date is now effective to file a claim with the Iowa Grain Depositors and Sellers Indemnity Fund," the news release said.

The state announced on Aug. 19 that it had suspended the licenses.

"The suspension is based upon the company's failure to pay for priced grain, grain shortage, and record-keeping violations in accordance with Iowa Code 203 and 203C," according to the Aug. 19 news release.

Riensche told DTN he was saddened by the B&B failure.

"These are not bodacious, prideful people," he said about the owners. "These are people who tried to help the community."

Consolidation in agriculture in the region, Riensche said, changed enough over time so as to make it difficult for B&B to make money.

"I think their business strategy was no longer successful," he said. 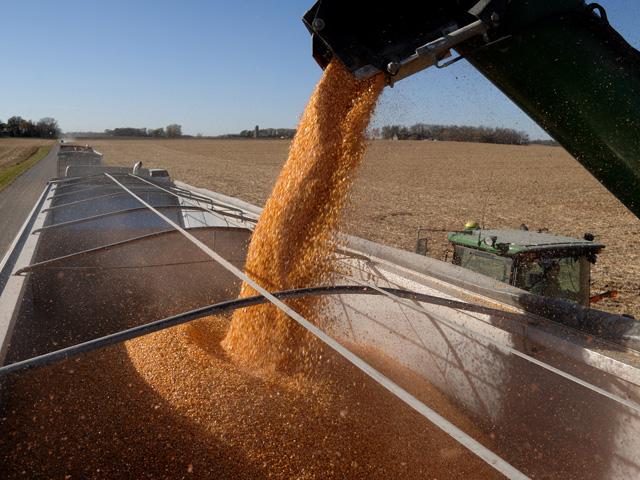